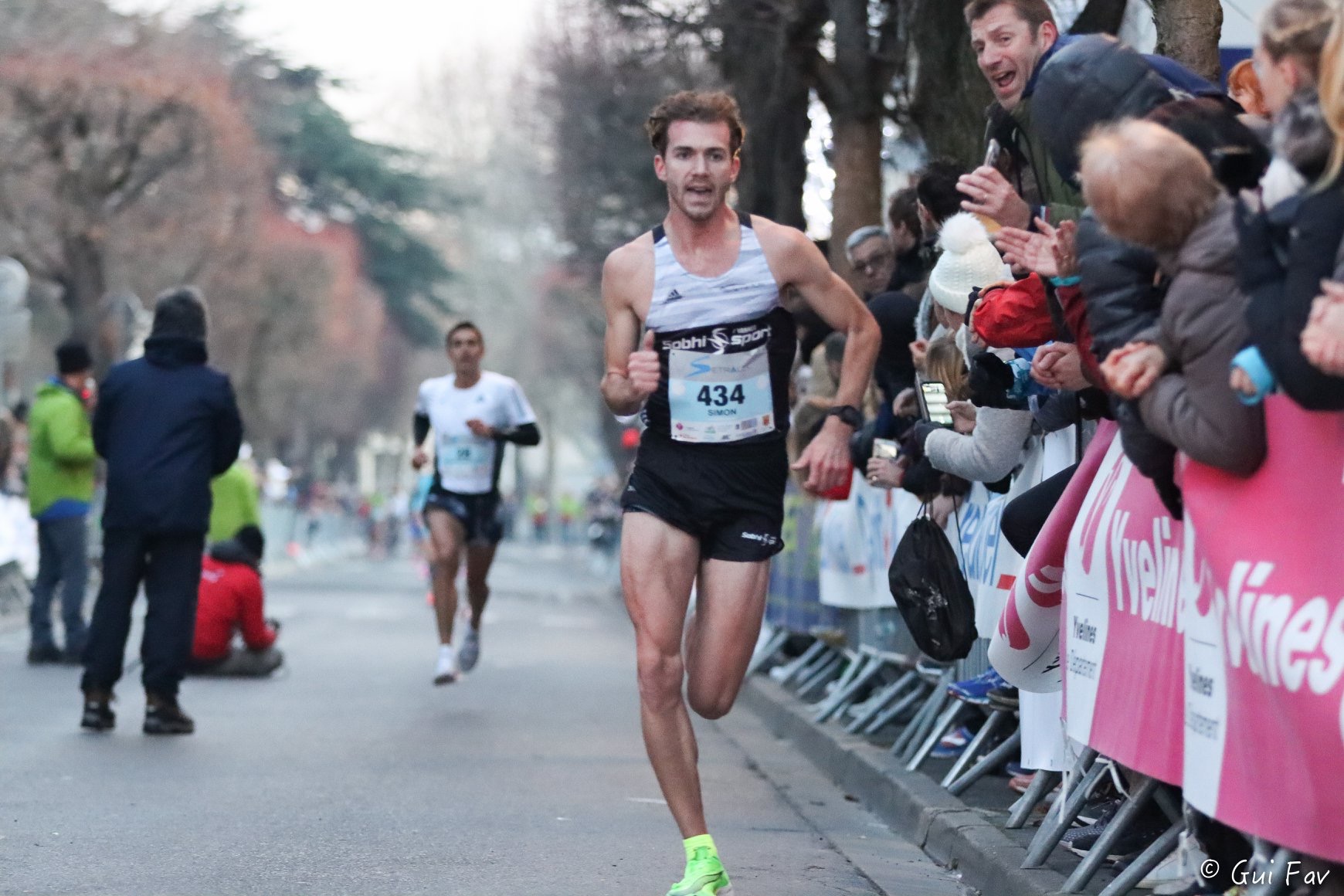 Simon Bedard competes in a race overseas earlier this year. Bedard is aiming to qualify for the Cross Country National Championship this season. Photo courtesy of Simon Bedard.

Simon Bedard was watching a swimming championship in Indianapolis on the television when he saw lifeguards start demanding swimmers to get out of the water. Then, on March 17, 2020, the NCAA announced the cancellation of the Indoor National Track and Field Championships due to the emergence of the COVID-19 pandemic.

“The first thought that came to mind was about running because if I don’t have people to run with me, then it becomes very hard,” Bedard, a second-year MBA graduate student, said. “I knew if I completely stopped, I would lose all my training and hard work. I wanted to stay in shape in case a race popped in two weeks, I would be ready.”

COVID-19 forced Bedard, a foreign exchange student from France, to return home in April. For six weeks, French citizens were forced to adapt to stringent lockdown restrictions. With the French Police Nationale patrolling the street, enforcing newly-implemented COVID-19 restrictions, Bedard wasn’t able to run through the streets like usual.

“I was really lucky because I lived nearby a forest,” Bedard said. “This forest was big enough where I knew no one would come and stop me, so this is where I attempted to continue to do my training.”

Bedard hasn’t always had this mentality and passion for running — growing up, he was a soccer player. He never even really thought about running until he was 17 years old. While competing in a national meet during high school, his goal was to finish in the Top 100, but to his surprise, Bedard finished second in track and fifth in cross country.

It was then that Bedard decided to shift his focus from soccer to running full-time.

Once Bedard graduated high school, he moved to the U.S. to run and attend California Baptist University. In his second year, he took home the crown in the 10k at the 2019 Western Athletic Conference Championships, becoming the first runner to ever do so at CBU. After this successful season, Bedard transferred to Butler, where in his first year with the Bulldogs, he qualified for the Division I NCAA National Championship.

Unfortunately, Bedard never got the chance to compete, as the NCAA cancelled the 2020 National Championships due to the COVID-19 pandemic.

Once the pandemic restrictions loosened in summer 2020, Bedard was provided an opportunity to compete at the French National Track and Field Championships in Albi, France. This was his second consecutive year qualifying for the championship.

Bedard first ran in the 5,000-meter race in which he clocked in with a personal best 14:00:54 to take sixth overall. Then, just two weeks later, Bedard qualified to the championships again, this time in the 10,000-meter race. He blew his previous personal best time out of the water and placed seventh.

Matt Roe, Butler’s head cross country coach, described how proud he is of what Bedard was able to accomplish.

“Great athletes are the type of people who can stay connected in the moment and I think the pandemic has allowed people in competitions like Simon to stay focused,” Roe said. “That is why we are seeing great performances and I think he is a great example of that.”

He stumbled upon a race called “The Track Meet” in Los Angeles, Calif. on Dec. 5., which was loaded with some of the best professional athletes as well as some Olympic athletes.

Bedard’s goal was to beat his new personal record in the 10k, and he destroyed it by running a time of 28:16:06 and placing fourth in his heat. This was two seconds from Butler’s school record and Indiana’s state record in the 10k.

Redshirt sophomore James Sweeney has been competing alongside Bedard since he first transferred to Butler in 2019. Sweeney watched Bedard run in this race on TV.

“He is a leader for us,” Sweeney said. “I think when you have guys like him who train really hard and are really confident racers, I think it just raises the tide for other racers to let them believe that they could one day be in the lineup as well.”

On Feb. 6, Bedard and the Butler cross country team traveled to the Lipscomb Winter Classic in Nashville for their first meet of the season. The men’s team placed seven of their runners in the top ten and won the team title. Bedard led the way with a time of 24:04.9 and a first-place finish.

For Bedard, this would present another opportunity to qualify for the Cross Country National Championship, and the team’s first chance to return to the national stage since 2012.

In a year like no other for athletes and people across the world — filled with negativity and hardships — Bedard pushed through adversity to have one of the most successful years of his running career.