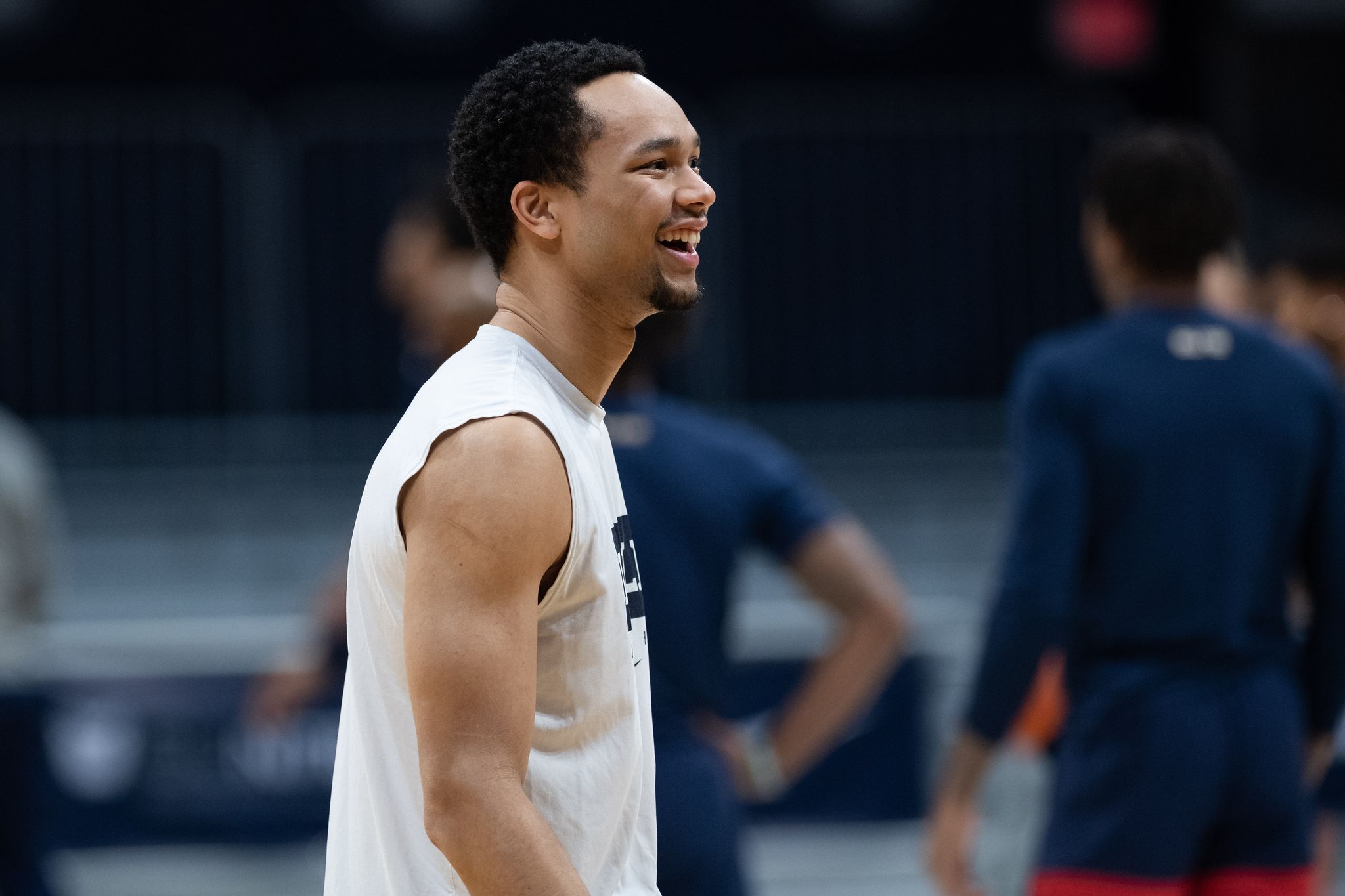 In 2011, over 70 thousand people filed into then-Reliant Stadium in Houston, Texas to watch the UConn Huskies claim their third national championship over the Butler Bulldogs. On Saturday, just 1,879 filled the seats of Hinkle Fieldhouse to watch the Butler men’s basketball team fall to 3-6 in a loss to the Huskies. The Bulldogs fell behind double digits in the early second half and never again had a fighting chance, losing 72-60. We go beyond the box score in the Bulldogs’ first game against UConn as conference foes.

1. The opening four minutes of the second half sunk the Bulldogs.

It didn’t take a basketball expert to know that this game would be a game of few possessions, as Butler and UConn are among the slowest-paced teams in the country. In a game like these, two stats become hyper-important in determining the success of the teams: turnovers and offensive rebounds. The Bulldogs gave away more of each of those stats — four turnovers and four offensive rebounds allowed — than points, three, in the first four minutes of the second half. This was all coming after such a hopeful turn at the end of the first half, as Aaron Thompson’s floater in the closing seconds cut the deficit to just five at the halftime break. In the postgame press conference, head coach LaVall Jordan attributed the lull to a lack of energy, and that can’t be disputed. It often felt like UConn’s fans and bench were louder than their far out-numbered counterparts.

Tonight’s game looked to be much of what many Butler fans may have anticipated in the preseason. Thompson scored 14 points and dropped 6 assists while Bryce Nze enjoyed a season-high 18 points off 6-of-8 shooting. Bryce Golden even chipped in 10 points, albeit on an inefficient shooting night. In short, the regulars from last year’s successful team, but there is so production lost from then that needed to be replaced and didn’t come. In hindsight, there didn’t seem to be much noteworthy in the game at all. All teams are prone to uninspired games from time to time, but Butler does not have the star in Kamar Baldwin over Kelan Martin to overcome those dreary performances.

Butler fans should consider themselves spoiled after the performances they’ve seen from this year’s freshmen class so far this season. Three different freshmen have led the team in scoring, including a 20-point outburst each from Chuck Harris and Myles Tate. The two guards appeared in other games to be well-ahead of the schedule, ready to take the reins of the Butler program after just a handful of games under their belt. On Saturday, the Bulldogs learned the harsh reality with the ebbs and flows of young players. After leading the team in scoring as a class in each game this season, the freshmen combined for just nine points against UConn.

Harris had career-lows with four shot attempts and four points on the night after playing just 21 minutes, his lowest on the floor since the season opener some six weeks ago. Tate did not fare much better, scoring five points on five attempts. After committing just one turnover against Georgetown on Wednesday, the freshmen duo combined for seven against the Huskies to just three assists. Games like tonight’s are a stark reminder that veterans carry good basketball teams. While we’ve seen glimpses of the talent of these young players, they are proven to still be learning on the job.

3. At the end of the day, UConn was and is a better basketball team than Butler.

UConn received votes in last week’s AP poll and are sure to crack the Top 25 after road wins over Marquette and Butler. Even without their star James Bouknight, who is averaging over 20 points on the season and put up 40 against Creighton in a near-upset, the Huskies rolled without missing a beat. While Butler fans are not used to seasons with more losses than wins, they must be reminded that the Bulldogs aren’t playing the likes of Cleveland State and Detroit Mercy. The Huskies looked every bit of a tournament team tonight and constricted their opponents on the defensive end like they have all year. UConn has now forced four of their five high-major opponents to 62 points or fewer this season.

In the absence of Bouknight, Tyler Polley stepped up with four 3-pointers in the first half, finishing with a game-high 18 points. Tyrese Martin picked his game up a notch with 15 points and 7 rebounds. Butler is not so talented that they can pair an average performance against a team like UConn and expect to leave with a victory. The Huskies are now 3-1 in the conference for a reason. Although one would like to point to a few stats or key performances to describe why Butler lost the game, but on Saturday, it could simply be attributed to the Huskies being a better team at this point in the season.

For Big East enthusiasts, it felt right to have UConn back playing where it belongs. Dan Hurley brings an attitude and personality that fits right into the conference and the Huskies look the type of one of the high-level Big East teams. Moving back to Butler, yeah, this game wasn’t the most encouraging, but games and seasons like these must be taken into perspective. In 2013-14, Butler suffered through a 4-14 finish in conference play, but were playing in the second weekend of the NCAA Tournament a short three years later. It feels like this season might be just another 2013-14. Disappointing, sure. Frustrating at times? Yes. But brighter days lie ahead.