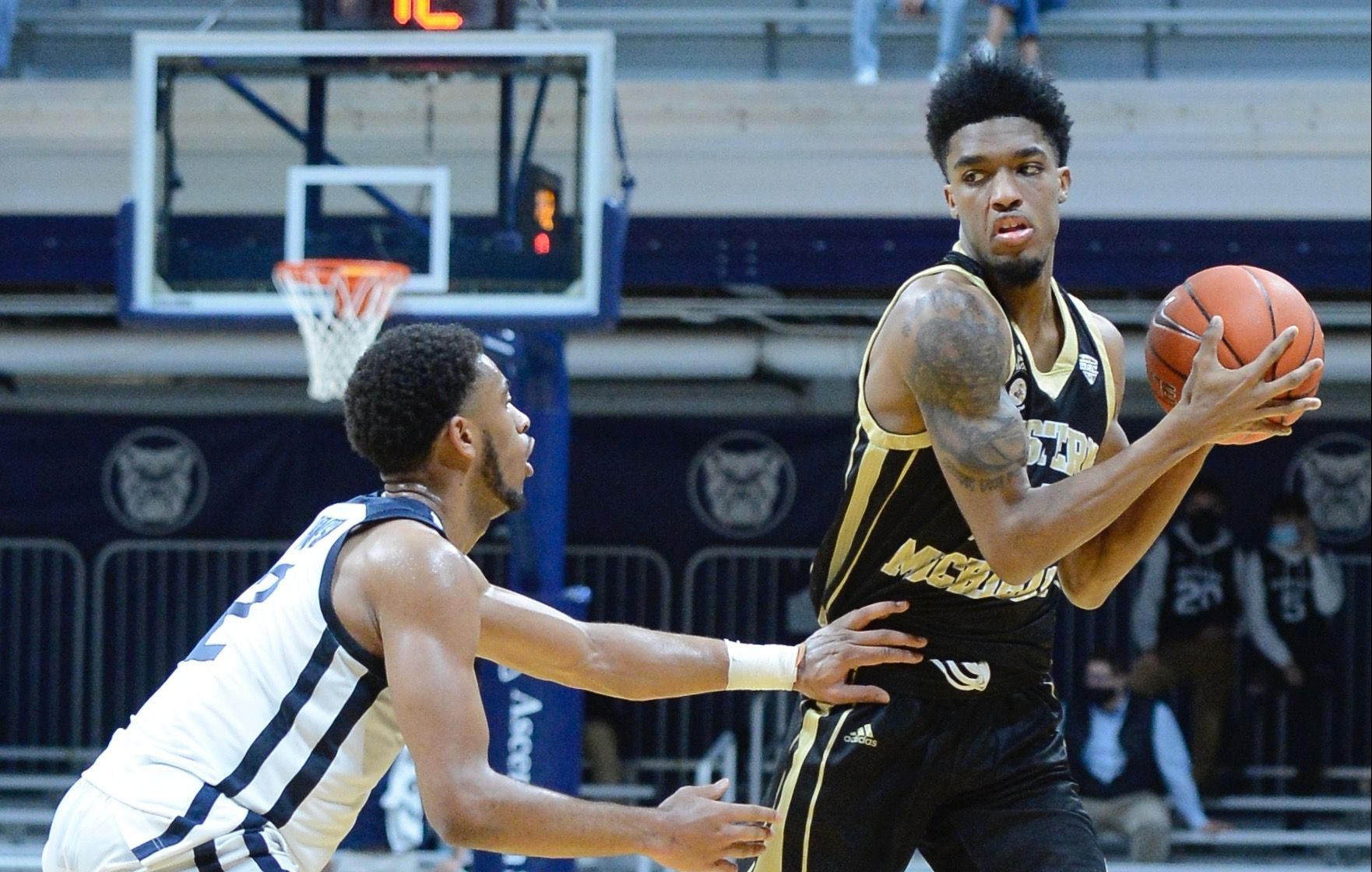 After escaping with a narrow win over Western Michigan in the season opener, 66-62, the Butler men’s basketball team took a 20-day hiatus from a positive COVID-19 test within the program. The Bulldogs return to arguably their toughest matchup of the season on the road against Villanova. The Wildcats enter the game with a 5-1 record on the season with two wins over ranked opponents. Here’s what you need to know.

Who: Butler vs No. 7 Villanova

1. The Wildcats are led by their two stars

Aside from NBA first round pick Saddiq Bey, Villanova returns practically everyone from their 2019-20 team, the co-Big East champions who finished No. 10 in the end-of-season AP poll. The Wildcats are led by senior guard Collin Gillespie, who is scoring a career-best 15.2 points, while dishing out 4.5 assists per game. Along with Gillespie, Villanova features 6’9 forward Jeremiah Robinson-Earl. The former five-star recruit and member of the All-Big East Freshman team made the decision to not test the NBA Draft waters and it has looked like a great decision for all parties. Robinson-Earl has increased his scoring output by nearly 50 percent and looks the part of a first round pick in 2021.

Limiting the damage inflicted by Gillespie and Robinson-Earl will be critical for Butler to compete with Villanova. Luckily for the Bulldogs, Aaron Thompson matches up well with Gillespie, but containing Robinson-Earl on the inside is much easier said than done. In Villanova’s two wins over ranked teams in Arizona State and Texas, Robinson-Earl scored 28 and 19 points, respectively while shooting an outrageous 72 percent from the floor. Bryce Nze and Bryce Golden’s ability to keep the sophomore big in check will be key for Butler on Wednesday night.

2. Villanova will look to do what it does well

With Villanova as talented as they are, they can win in a variety of ways. However, the Wildcats’ bread and butter has proven to be out-rebounding their opponent and limiting the opposition’s free throw attempts. By limiting their opponent to one shot, the Wildcats are able to capitalize on their strong suit, their efficient — 4th-ranked by kenpom.com — yet methodical — 350th in adjusted tempo —  offense to put up points while not giving the other team many opportunities to stay in the game. If Butler continues to struggle from behind the arc like they did in the season opener — 25 percent from deep — it will take near perfect execution to take down the Wildcats.

In Villanova’s lone loss of the season, Virginia Tech was able to turn the Wildcats’ strengths into weaknesses. The Hokies out-rebounded then-No. 3 Villanova and converted 17 of 23 free throws. Coupled with 50 percent shooting from behind the arc, the Hokies were able to execute a gameplan and outlast ‘Nova in overtime. Coach LaVall Jordan and the Bulldogs will need that level of execution to pull off the upset in the Pavilion.

3. Look for Butler’s health and conditioning

While Villanova has been able to enjoy a relatively on-schedule campaign so far in 2020, the difficulty of Butler coming back after 20 days without game action cannot be overstated. According to Coach Jordan, the Bulldogs were only able to have an all-team practice on Tuesday, one day before the Bulldogs tilt with Villanova. While the Wildcats are not a type of team to push the pace, don’t expect Butler to look like they’re in midseason game shape. Some of Butler’s players are getting back to basketball at wildly different schedules and timelines, which may make it difficult for the Bulldogs to play as one cohesive unit. Coach Jordan implemented a nine-man rotation in the opener versus Western Michigan. Expect a similar style of substitution against the Wildcats as Butler works at a disadvantage of playing just one game this year to Villanova’s six.