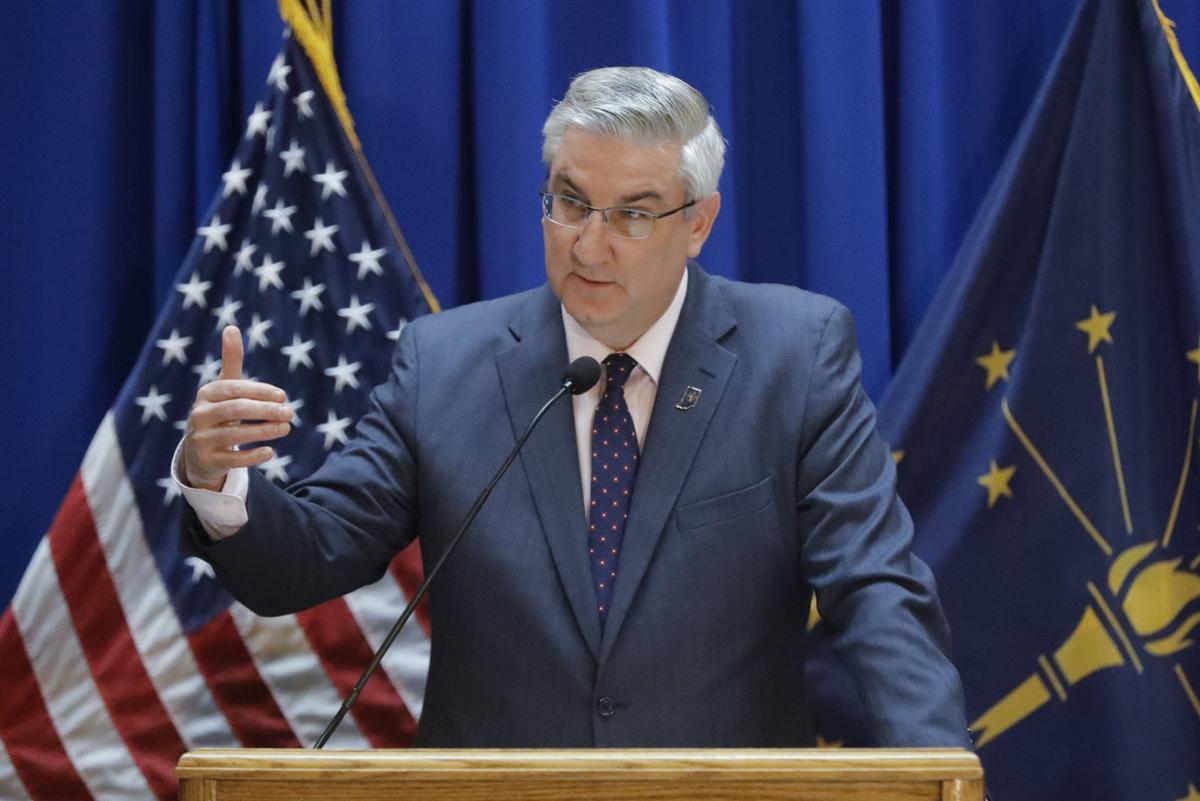 In a race focused heavily on the state’s response to the COVID-19 pandemic, incumbent governor Eric Holcomb fought off candidates from both his left and his right and won reelection for governor of Indiana. Democrat Woody Meyers and Libertarian Donald Rainwater were Holcomb’s competitors.

Jon Gray-Smith, a senior political science major and the vice president of College Republicans at Butler, said he saw Woody Myers as an outsider looking in on this race, with Governor Holcomb largely trying to balance economic concerns with public health. Gray-Smith said he was also worried about Rainwater’s political views.

“It’s a bit scary with the Libertarian who’s running because his platform is basically like, I wouldn’t have shut Indiana down for COVID and I won’t enforce a mask mandate,” Gray-Smith said.

Nonetheless, Gray-Smith said he was not surprised by Holcomb’s victory.

“Governor Holcomb is a very respectable candidate who appeared to be a bit more moderate than the two other candidates,” Gray-Smith said in an email to the Collegian.

Ryan Crnarich, a sophomore political science major, also thought COVID-19 would play a big role in the election for governor going into election week as cases spiked across the state. For Butler students, he thought the pandemic could be one of the impactful issues as well.

“That’s everything for a lot of students,” Crnarich said. “The possibility of staying on campus.”

Perhaps the most competitive House race in the country took place right in Butler’s backyard between Democrat Christina Hale and Republican Victoria Spartz. The election has not been called yet. Indiana’s fifth congressional district, which includes a northern part of Marion county and stretches north to more rural areas of Indiana, has been held by Republicans since 1992. The seat has been held by Republican Susan Brooks since 2012 and the district voted 53% in favor of Donald Trump in 2016.

However, demographic changes have slowly shifted the district toward the Democratic Party. Greg Shufeldt, an assistant professor of political science at Butler, said much of this shift has been driven by suburban women who have been leaving the Republican Party. Additionally, he said more than 40% of people in this district have at least a Bachelor’s degree, significantly more than any other district in the state — this is very often an indicator of a shift to blue.

Fundraising has also played a significant role in this election. Shufeldt said Hale had outraised Spartz by a margin of about three to one. Spartz has been able to help shrink this financing gap through self-funding of over $1 million, making up about 78% of the campaign’s funding.

Camille Ringenberg, a junior music education major and the secretary of Butler’s College Democrats, has been phone banking regularly for Christina Hale. Ringenberg said she liked Hale because she thinks the candidate cares about the people in her district.

“[With] a lot of politicians it’s very rooted in policies and the economy, but with her it feels like she’s not advocating for these businesses, she’s advocating for the average person in Indiana,” Ringenberg said.

Although the election has not yet been called, Crnarich said in an email to The Collegian that he believed Spartz was beginning to pull away and that she would soon be declared the winner of this district. Despite this, he said he expects this district to remain competitive for the foreseeable future.

Republicans in Indiana currently hold what is called a trifecta, a situation where one party controls the governorship and holds majorities in both the Statehouse and Senate. Gray-Smith and Crnarich both said they did not expect the Democratic Party to have any chance to overturn these majorities.

However, the size of the Republican majorities were more in play. Republicans hold supermajorities in both the House and Senate and this supermajority status could be affected by this year’s elections. Crnarich said it has been hard for Democrats to gain traction on any legislation, as many bills they propose don’t even get to committees. For Democrats, winning a few seats could help to eliminate this situation.

Gray-Smith said he saw some shifts in both normally Democrat-held areas and Republican-held areas, but that he did not see any changes significant enough to affect any Republican supermajority status.

Currently, of the elections that have been called, both parties have maintained control of the seats that they previously held.

Roundup of other Elections

There are many other state and local elections on the ballot this year. Todd Rokita, the Republican nominee for Indiana’s Attorney General, has won the election to replace the incumbent Curtis Hill, a Republican candidate accused of sexual misconduct. 50-year-old Rokita, who ran against Democrat Jonathan Weinzapfel, recently tested positive for COVID-19.