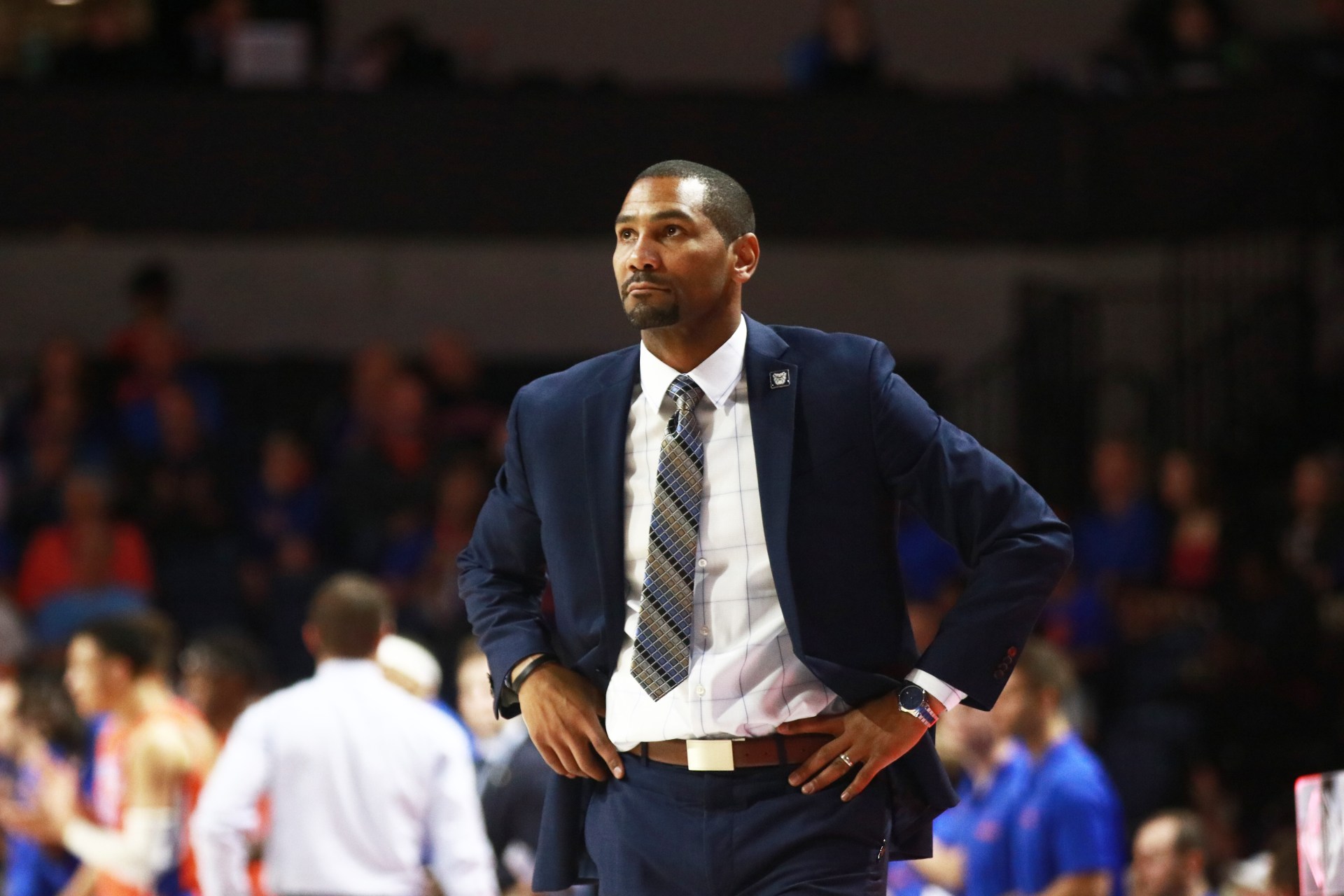 Head coach LaVall Jordan stands on the sideline before a game last season. Jordan and the Bulldogs open their season on Nov. 25 versus Western Michigan. Collegian file photo.

After the Big East and NCAA Tournaments were canceled, the Butler Bulldogs have had to wait a long eight months to return to the basketball court. With no exhibition games, this will be the first opportunity for Butler fans to watch this new-look team. The Bulldogs open the season at home against Western Michigan on Nov. 25. Here’s what you need to know before tipoff.

Who: Western Michigan at Butler

1. Butler is back, but this is a much different team

Butler had a historic season in 2019-20 with their highest AP poll rank in program history, while having a good chance of making the second weekend and beyond. While there are three returning starters from that team, there is a lot of production that needs to be replaced.

With the losses of Kamar Baldwin and Sean McDermott — gone to Turk Telekom and the Memphis Grizzlies, respectively — and others, the Bulldogs will need to replace 90% of their 3-point field goals from a season ago. One of last year’s team’s biggest strengths was their ability to stretch the floor to make room for Bryce Nze and Bryce Golden down low while opening driving lanes for Aaron Thompson and Kamar Baldwin. Now, much of that production is gone, with more questions than answers on who can fill that need for this offense.

Grad transfer Jair Bolden shot 41% from 3 with South Carolina last year, but he can only do so much. The Bulldogs lost roughly two-thirds of their scoring production from last year and this game will be their first look to see who will break out for the Bulldogs this year.

2. A new era for Western Michigan

Similarly to Butler’s opening opponent last season in IUPUI, Western Michigan also dealt with their own coaching change this offseason. WMU and Steve Hawkins, who spent the last 17 years as head coach, parted ways after the 2019-20 season. The Broncos decided to hire from within as former assistant Clayton Bates will coach his first game as head coach for WMU at Hinkle Fieldhouse.

In conjunction with their head coaching change this offseason, the Broncos are also dealing with the graduation of their two best players from last year’s team in Michael Flowers and Brandon Johnson, who averaged 17 and 15 points, respectively. Considering the Broncos were tied for last in the MAC West with those players, WMU could struggle while finding who those impact players are for this team.

Western Michigan was the consensus to finish in the basement of the 12-team MAC. In fact, only one coach in the conference didn’t pick the Broncos to finish last in the conference; they picked them to finish 11th instead. WMU is entering a rebuilding phase in their program and it starts Wednesday at Hinkle Fieldhouse.

3. Who will step up for Butler?

With the Bulldogs slated to be 19-point favorites at home, this should be an opportunity for head coach LaVall Jordan to get to see game action from players that have not had many opportunities in the past. Whether it be the freshmen Chuck Harris, Myles Tate, JaKobe Coles or Myles Wilmoth, or returning reserves like Markeese Hastings and John-Michael Mulloy, everyone should get the opportunity to showcase the improvements in their game if the game goes according to plan.

With so much needing to be replaced from last year’s Butler team, these few games against mid-major opponents will be huge for players that haven’t had the opportunity to show what they can do in a Butler uniform. Look for those players who step up in these early-season games to play an important role once Butler faces their Power 5 non-conference and Big East opponents.