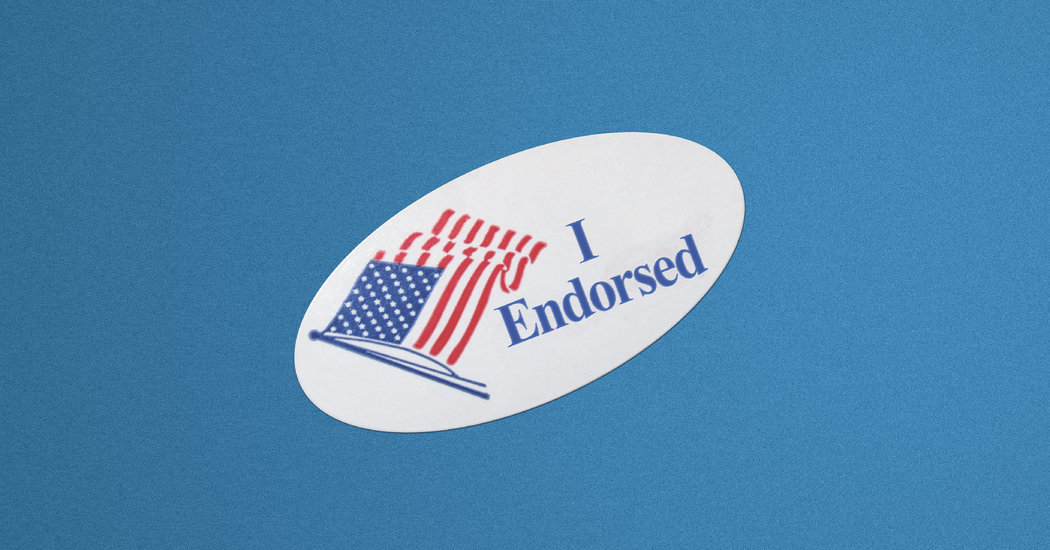 Three ways to find out who the CEOs of your favorite companies are endorsing in the 2020 presidential election. Photo courtesy of The New York Times.

As the Nov. 3 presidential election looms closer, the country seems more polarized than ever regarding the divisive political views of President Donald Trump and Democratic candidate Joe Biden. Now, add capitalism to the mix.

Important figures in big-name companies have been known to donate to recent presidential campaigns, such as Bernard Marcus, a co-founder of Home Depot, who donated to the Trump campaign and Daniel Lubetzky, CEO of KIND snack bars, who donated to Biden’s campaign — something that caused a bit of commotion among consumers.

Some Butler students have made the decision to stop supporting certain companies upon discovering their campaign contributions, for a variety of reasons. Others see companies as separate entities from the individuals making the donations, and therefore pay less mind to choose to refrain from altering their consumption habits.

Curious to see what CEOs of your favorite company have donated to the Biden or Trump campaign? Here are three ways to quickly and easily find out.

By law, anyone who donates more than $200 to campaigns and Political Action Committees is required to include personal details, such as their name, address and employers. The FEC website has a tool where individuals can see anyone who has contributed to a campaign or PAC.

Senior Spanish major Erica Walters believes that it is important for a customer to be informed of a company’s political stance when choosing whether or not to support them.

“Voting with your dollar is understanding the true impact [that] your actions cause whenever you buy something from a company,” Walters said. “It’s like your money is going to support whatever they support, whether that be in terms of a political candidate or just like the actions that they are taking in general.”

OpenSecrets is run by the Center for Responsive Politics and is similar to the individual contributors tab on the FEC website, but has an easily navigable format. The website also ranked the organizations that have donated by how much money each has donated to Biden and Trump’s political campaigns.

Although companies’ values can have a big impact on how customers think of them, sophomore biology major Sarah Blade said she will not support a company that supports a candidate that has opposite values than her own.

Walters said she believes that since citizens do not have many opportunities to control who holds power in society, people should do all they can to boycott companies that endorse candidates they do not support.

“I think that the more attention that we can put on where the money we are spending goes [to, the better, since] we can only control so many things in our personal life,” Walters said.

Zippa is a job search portal that has the ability to track contributions within each company. When a company is searched on Zippa, the contributions of every employee who publicly donated is also available.

Although many companies are accused of endorsing or donating money to either the Biden or Trump campaign, a lot of those accusations are proved to be false. There is very little information supporting companies who endorse political figures, and it is actually the CEOs, founders or employees of companies that donate to campaigns.

Annie Brown, a senior jazz studies major, said she believes that companies as a whole shouldn’t be allowed to endorse candidates because it can lead to a corrupt society.

“People always follow the money because we live in a capitalist society and so politicians are very motivated by the money from these corporations or individuals to promote their personal interest,” Brown said.