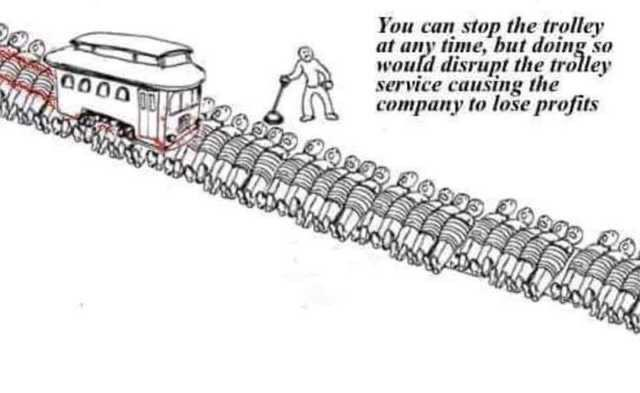 Full disclosure: All views stated in this article are uniquely mine and not representative of those held by The Butler Collegian. I am not the most qualified person to speak on political issues, but I am qualified to throw these hands if you have an issue.

As I sit in my on-campus apartment, like I do most afternoons, I try to think of ways to fill my time. I’m done with my classes for the day, but my friends aren’t. After analyzing the time my 30 year-old cousin had a tea party — we’ll call it that for the sake of professionalism — with his stuffed animals in the backyard, my mind finds its way to the daunting task of starting my career path — an idea extolled by peers, parents and professors alike.

I should get a job.

As much as being a student is a full-time job itself, it would be beneficial to have a job. Or maybe an internship; although that takes a little more planning. So, for now, a job, and maybe I’ll look at an internship for next semester.

Great, I’ve got a plan to sell my individuality and expression to the capitalist machine, but not before my anxiety gets to doing its thing. My mind briefly flits to my deeply-embedded Handshake trauma. I procrastinate and scroll through social media and, before I know it, I’ve convinced myself to do nothing.

Luckily, this may be my one and only shot to get away with not having a job. It goes without saying — and, honestly, I think we’re all tired of hearing it — that the pandemic has had an impact on jobs and the economy, and I suppose it’s the best time to capitalize on the ready-made excuse of a lifetime.

Indiana has recently moved to stage five of reopening, which removed size limitations for social gatherings and allows businesses to operate at full capacity.

In accordance with Indiana’s promise to operate at full steam, Gary Beaulieu, senior director of career and professional success at Butler, did not notice much of a change in employer activity, even before the move to stage five.

“We haven’t seen a downturn at all,” Beaulieu said. “What we’ve seen is most employers are just taking their current internship programs that they have and turning them into virtual programs.”

The fact that this seems like a good sign is capitalism at its finest. Most people intern to strengthen their resumes, a move that demonstrates economics’ permanent center-stage role in our lives. While the good internships might provide monetary benefit, however, internships are not essential. At most, you gain “real world experiences” while being exploited by men in suits. Yet Butler still expects students to be over-committed in an over-stimulating and increasingly-uncertain world.

I understand that businesses want to be optimistic. An absence of internships could certainly be perceived as an indicator of a worsening economy. Offering internships means there are job prospects, and job prospects signal a functional economy. Of course I want our economy to function but I still don’t think it should be our first priority.

I mean, the economy isn’t even real. We made it up! Money isn’t real, either! Not in the same way as, say, our health, and, um, the environment.

We created an economy so people don’t die in the streets over a simple transaction. Quite ironic how that has turned out. If millions of people can’t pay for food or their rent because of a global pandemic, I think accommodations like expanding social safety nets can and should be made.

While what Beaulieu said about a lack of change in employers’ hiring practices may be true right now, there are plenty of people who’ve gotten the short end of the stick.

Ted Greanias, a senior arts administration major, had his summer internship with Gus Bilirakis, a state representative, cancelled after just one week. Since it was cancelled, Greanis did not get the class credit he anticipated.

Instead of getting three or four credits, Greanias said he only got one. Now, he is essentially forced to take an internship during the school year. Right now, he is a marketing intern at the Butler Arts and Events Center, which is considerably different from working with a state representative. One bright side: Greanias does appreciate being on campus and the comparative ease of his work.

“I mean, it’s with school so it’s not too daunting,” Greanias said.

Greanias is like many of us in that way: he isn’t complaining about something being too easy. The people who don’t get out of bed to join their Zoom class aren’t exactly querulous. However, coasting through the semester has its consequences.

Coasting through educational experiences goes against the goal of capitalism in the first place. Employers want us to have tangible, real-world experience in our field. But when important opportunities like interning for a congressman have to be sacrificed, it calls into question what’s really worth it. We shouldn’t have to get an internship for the sake of having an internship. Can’t employers give us a free pass for this year? Can’t Butler let off its money-fiending, statistic-happy gas pedal for just a hot sec?

Beaulieu’s statement translates to off-campus jobs as well. If you have ventured off campus at all since August, you might have noticed that downtown is still active and the Broad Ripple sidewalks are just as impossible to traverse down unscathed. Companies still need workers to remain open.

“There are still a lot of organizations that are hiring. They may not be hiring as many, but they certainly are still hiring,” Beaulieu said.

I find this very funny, albeit unfortunate. In my experience, companies in the city aren’t looking to hire college students without good reason. I’ve applied to several places over the years through Butler’s Handshake — an employment website specifically targeted at students — and haven’t gotten a single call or email back.

On the other hand, Butler’s well-marketed placement rate of 98% from graduation to employment does not look too different for 2020 graduates.

“Our May 2020 graduates are doing pretty well. They’re doing about as well as they have in years past,” Beaulieu said, “I can’t give you a final number because we are still crunching the data.”

Okay, maybe I’m blinded by Butler’s shiny title as Most Innovative Regional University in the Midwest, but I can’t seem to logically connect Beaulieu’s statement with all this hoopla about a poor economy. But then I remembered that capitalism screws over people who aren’t the richest of the rich. The economic downturn — one which compelled federally-issued stimulus checks — disproportionately affects blue-collar workers.

According to Politico, blue-collar workers are losing their jobs three times the rate of white-collar workers. Considering these two facts together, the privilege that Butler must assume we all have to require potentially-unpaid internships is embarrassingly apparent.

This disparity is exemplified by Butler’s nearly perfect placement rate.

Despite unemployment rates being similar to those from the Great Recession, some students clearly aren’t affected, at least not me.

I don’t want to come across as angry at our — my — privilege. This is exactly why we all go to college. We are paying hundreds of thousands of dollars to be in a better position — economically, socially and vocationally — with a degree in our non-calloused hands.

While I have some serious, lingering concerns about my cousin, I also really want to find some justification to keep sitting around. One might say I should quit whining and get off my butt — I imagine a person like this goes to matinee movies and refuses to wear a mask in public. Regardless, I talked to students who are doing the opposite of me and working, despite the uncertain future.

Junior biology major Molly Roe works four jobs, one of which is off-campus for ClubZ Tutors. Like me, Roe does not live near Indianapolis when school is not in session.

“I live two and a half hours away, so any job I’m unable to be here for, I do forfeit that pay,” Roe said. “Even if the job will technically be waiting for me, that’s something that trying to explain on a résumé would be difficult especially.”

A hiring manager, whose job is to review résumés and hire applicants, may not put in the effort to understand the potential causes for a short-term job. The student may be construed as unreliable, disloyal or noncommittal.

The 53.2% of students who live out-of-state are ostensibly in the same position as Roe. With the altered academic schedule Butler is using, where the last few weeks of class after Thanksgiving are entirely virtual and campus is closing, there is now a two-month gap where students will be away from campus.

Roe explained the schedule to her boss. While Roe said her boss was understanding, she said she would not get paid for those months. Unlike me, Roe is willing to take that risk out of necessity.

“I am dependent on that income,” Roe said. “The savings I need to pay for a senior house next year, I need those jobs to supplement that.”

I still have fears and reasons for not working; although, seeing Roe rolling in the dough has me a bit envious and uncomfortable while I sit in my furnitureless living room.

The fact that I’m even considering taking a job to fill my free time speaks to the brainwashed capitalist society we live in. I mean, I’m not necessarily unhappy right now, and I have the freedom to do whatever I enjoy whenever I want within the constraints of an ever-dwindling savings account. In fact, most of my unhappiness seems to be a result of the pressures of capitalism.

Don’t read this as a bitter Marxist thinkpiece. Although, what are you gonna do if it is? Send me hate mail? I already hate myself; join the club.

Admittedly, making money feels good. So does being held in high regard by peers for our successes. This success, of course, is based on the capitalist scale of destroying the earth to participate in the racist fast fashion regime — something I won’t stop doing as long as my uncle continues to say I am “a man of great taste.”

As I sit in my campus apartment, I think about something Beaulieu said to me.

“The people who succeed in a tough economy are those that don’t give up,” Beaulieu said.

While that may be an oft-recited sentiment, it still strikes a chord within me. So for now — if anybody cares — I’m going to loosen up my sense of humor, hop on Handshake and maybe give my cousin — or his doctor — a call.