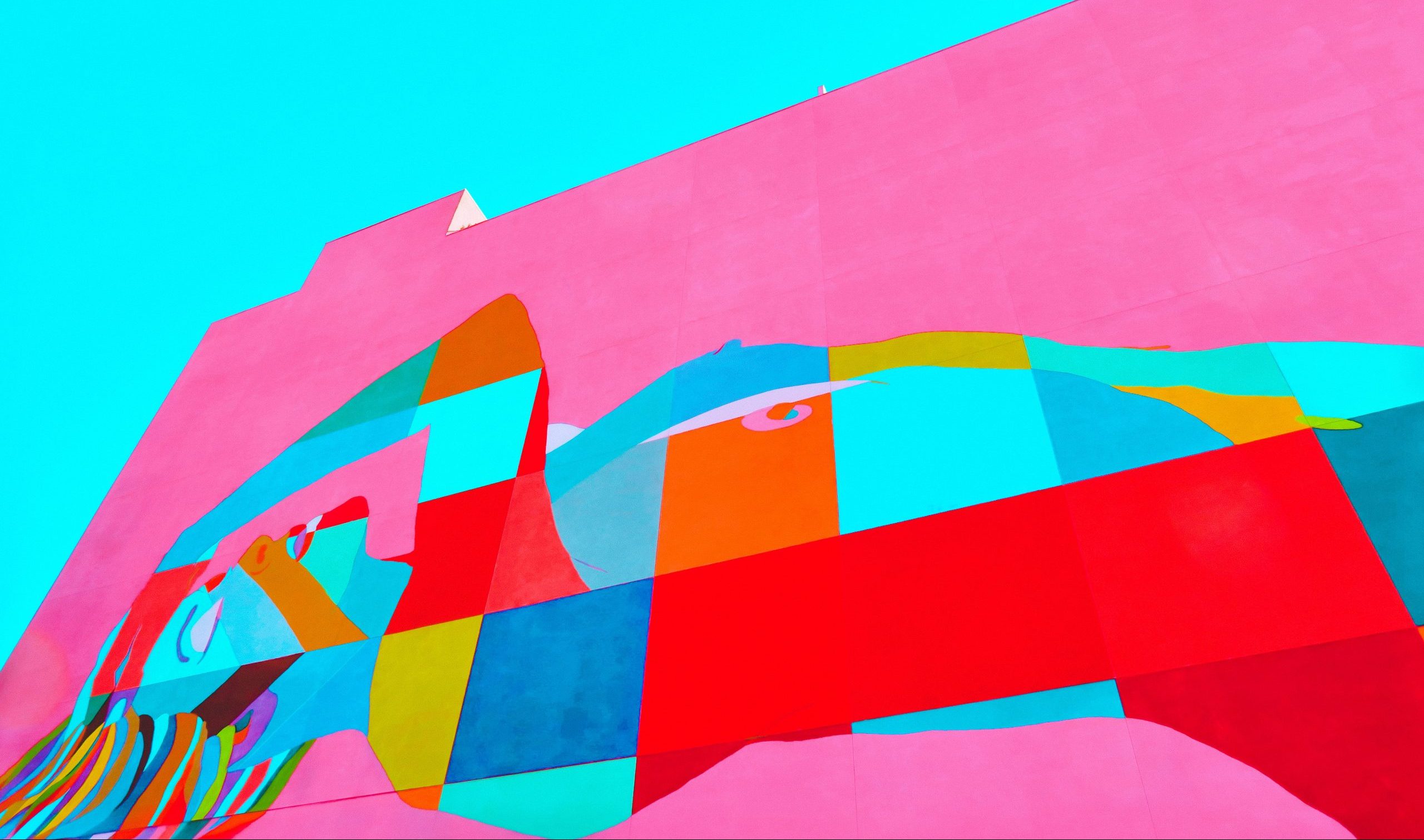 I tried to talk myself out of writing this article.

I pitched it the Monday prior, in our weekly editorial meeting. My friends and I had recently been discussing rampant instances of unwanted attention from men of all kinds — professors, advisors, male peers, random men driving in cars — and I was mad. So I wanted to write a story.

However, when I ponder the times that I’ve received unwanted sexual attention, I always question myself. Did he really mean it in that way? Was he talking to me? Surely not, I almost always conclude.

I waged this internal debate while on my daily run in the park. No, I don’t need to write the story. What are the odds that I’ll be taken seriously?

I was seconds past making my decision to not write the article when I saw three men emerge from a house nearby.

They chatted loudly and clapped each other on the shoulders in a clear show of affection. One of the men walked down the front steps, and they all waved and yelled their goodbyes. I smiled at his rather obnoxious departure until I heard, “See ya man! Go get yourself a piece of that pretty little lady over there,” with a cackle.

I looked around. I was the only other person in the park.

Instantly, I wanted to vomit. How dare they sexualize me. My thoughts turned to my clothes. My shorts weren’t any shorter than normal, and I didn’t think my shirt was too tight.

When I describe this event to my friends or peers, I may say that some guys yelled at me from across the street. I may even be bold enough to say that I was catcalled while running. But though it’s hard for me, let’s call this what it was: this was sexual harassment.

Even using the phrase “harassment” makes me feel like I’m overexaggerating the situation. However, Jules Arthur-Grable, director of Butler University’s sexual assault response and prevention office, said that while the word harassment may seem strong, we must use it.

“Sexual harassment is any sort of unwanted attention, that has some sort of sexual basis, whether that’s based on your perceived sex — I am saying inappropriate things about you because you’re a woman or I think you’re a woman — or, I’m saying inappropriate things because I find you sexually attractive,” Arthur-Grable said. “We have reached a point in our culture where street harassment is so pervasive that we accept it as normal. And so calling it sexual harassment is calling it what it is.”

What I experienced that day in the park — and again later in the week as an older man commented on my not-so-new haircut, and again as my friends and I waited outside of La Piedad for a table and were very obviously looked up and down by every man who walked by — is not unique. According to an organization called Stop Street Harassment, 83% of women experience street harassment in their lifetime. This number is compounded for women of color and transgender individuals.

The numbers are disturbing, but also beg the question: if sexual harassment happens to the overwhelming majority of people, why do we feel crazy saying it happened to us?

The disempowerment of survivors of sexual violence is just one tactic that patriarchal structures rely on to remain in power. If the perpetrator can make the survivor question if the incident ever happened, or they deny that their intent was in fact sexual or objectifying, it lets them off the hook. Other times, we explain away male action by blaming the ever-pervasive male gaze, Arthur-Grable said.

“I think we’ve kind of given a ‘get out of jail free’ card for the male gaze,” Arthur-Grable said. “Particularly for our white, cisgender, able-bodied, heterosexual males.”

If you’ve spent any time in the liberal arts during your Butler experience, you’ve likely run into the concept of the male gaze. The term comes from feminist scholars, who illustrate how media and literature portray women from the perspective of straight men — largely as sexual objects. Lauren McCartt, an English and Spanish double major, said that sexual objectification changes the way we perceive ourselves.

“I always think about this Margaret Atwood quote and I don’t know what [it is] exactly, but it’s something about being your own voyeur,” McCartt said. “And as a woman, even when you’re just looking in the mirror, you’re looking at yourself in the way that a man would see you. It’s not you looking at you, it’s you looking at your objectified self.”

The full Margaret Atwood quote, for clarification, comes from her 1993 novel “The Robber Bride.”

In many ways, I feed into the toxicity of the patriarchy without my consent — it has warped my perceptions of myself, changed my behavior. While I don’t want to be harassed for how I look, society is telling me that to be beautiful, I need to wear certain clothing, do my makeup and — as always — show that million-dollar smile, honey.

I genuinely want to know: how are we supposed to function in this kind of society? Just ignore the catcalls, the prolonged staring, the winks and lip-biting? Just say “screw them, I do what I want” and wear what makes me feel happy? In an ideal world, I’d love to put up two middle fingers to people who evaluate my personhood by how I present my physical body, but that is simply not possible.

It’s not possible because my physical self represents the value I carry as a woman in a patriarchal society. Assigning values is how white cisgender males stay in power, Arthur-Grable said.

“If we don’t value a person as a person, it’s easier to mistreat them, to condemn them, to treat them as lesser-than,” Arthur-Grable said. “And it’s something that we see across the spectrum of not just sexual harassment, but we see it across racism, across, you know, religious discrimination, we see it everywhere, anywhere where there is a population that is deemed less than we rationalized to ourself, that it’s okay to treat them like they are not human.”

To overcome sexism, we all have to change. Otherwise, we create a toxic culture for everyone, Arthur-Grable said.

“It’s also really harmful for our men,” Arthur-Grable said. “Because it says that we don’t expect anything more from them, and that we don’t think that they’re capable of anything more, that they can’t overcome their quote, unquote, ‘male gaze,’ they are always going to be these sex-driven, uncontrollable fiends, which we know is wildly untrue.”

So, I’ll just say it: men, we expect more of you. Frat boys, independent guys, professors, bosses, co-workers, classmates — we expect you to be more than what you’ve been told you can be. Listen up, I will only say this once. You need to do better. You can be better.

Women, transgender and nonbinary folks aren’t off the hook either. Because as much as we hate to admit it, white cis men also experience sexual harassment. If, when discussing someone we’re attracted to, we fixate on one specific body part or their physique over their personhood, we are also reproducing the toxic culture of objectification.

As an English major, I would be remiss to neglect the words of novelist Chimamanda Adichie. In her Ted Talk “We should all be feminists,” Adichie asserts that to overcome systemic sexism, “we must also raise our sons differently.”

Arthur-Grable herself has an eight-year-old son who already is picking up on the dominant cultural narrative that men have to fit into a narrow definition of masculinity, which Adichie describes as a “hard, small cage.”

“He is receiving that social pressure from his little eight-year-old friends… So we’re kind of fighting an uphill battle. But we’re hoping that by instilling, you know, skills like empathy, and listening, and kindness, it will help to kind of overcome the socialization that he’s going to get when he’s outside of the house.”

We all can change our language and behavior to achieve a more equitable society — for women, for the LGBTQ+ community and for other underrepresented racial and religious groups. We need to teach our kids better, surely, but we also need to do better in this moment. Do not leave this for the future: we need to make space now. The work starts today.

For those of us who have experienced sexual harassment, firstly, let’s recognize the trauma and injustice we’ve faced. You do not deserve to be objectified. Then, let’s begin dismantling how we too reproduce patriarchal language and culture. Arthur-Grable may have put it best.

“Toxic masculinity has got to go.”