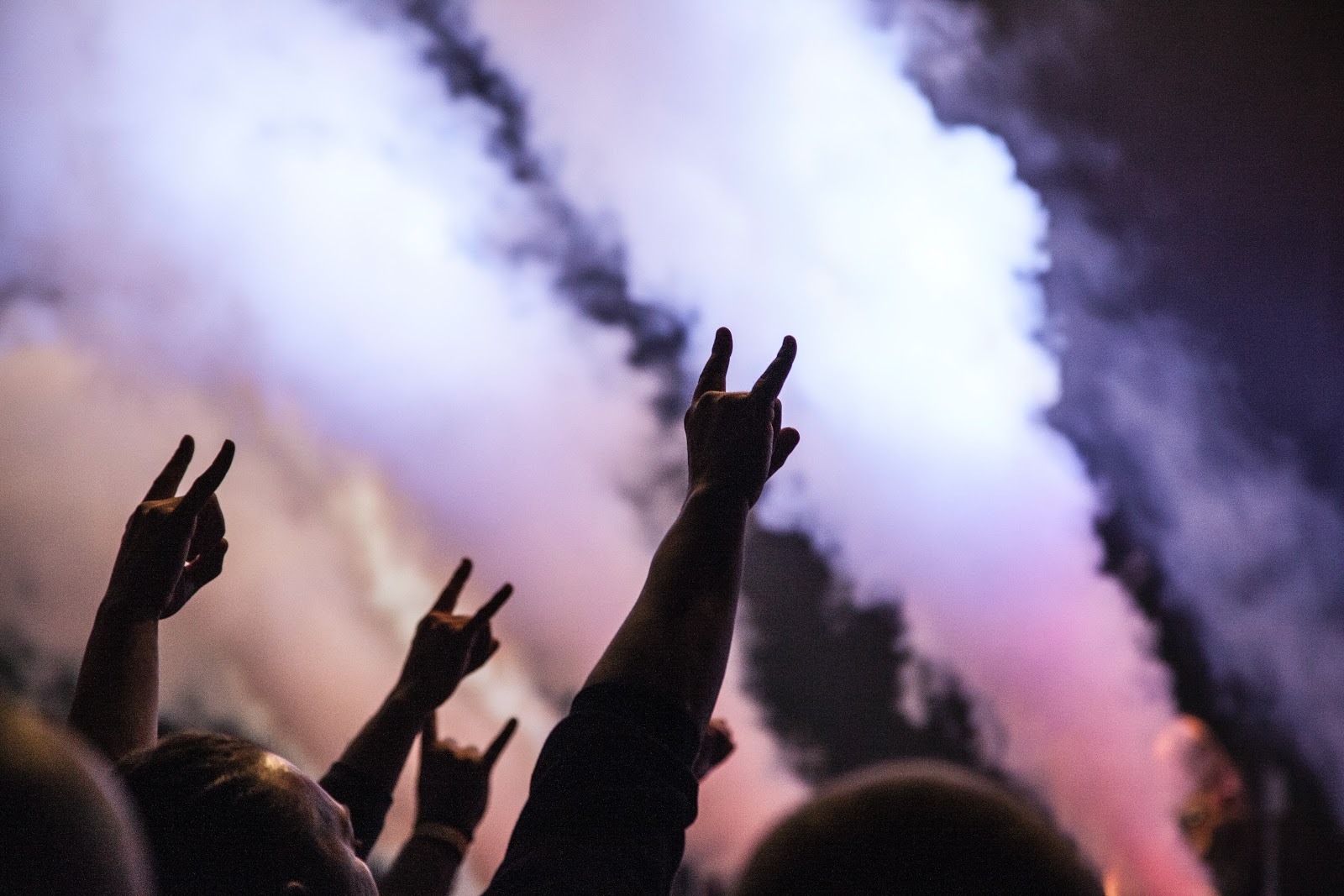 Peace, love, and rock n’ roll is more than just a slogan from the 70s. Photo by Luuk Wouters on Unsplash.

I have been a music connoisseur for as long as I can remember. Nearly every one of my memories has a song attached to it, playing out like the hook in a well-scored montage. It is noteworthy, though, that I am not a musician of any sort. I learned a handful of songs on the piano and guitar as a child, but when I could not perfect the intro to “Stairway to Heaven” in the first couple of tries, my instrumental career came to an end quicker than it began.

One of my favorite aspects of music is that it can be used as a mode of transportation, almost as if every combination of words, rhythms and beats have the intrinsic ability to take us everywhere we have already been — as well as all the places we have yet to go. It has a way of making the unknown less unsettling, of giving a voice to the otherwise voiceless.

“Music as a cultural gateway” is one of the mantras for the Butler course “Women & Rock,” taught by Ann Savage, chair and professor in the department of communication & media studies and an affiliate faculty member of gender, women & sexuality studies at Butler University. I took this class during my first year at Butler, and it completely changed my perspectives on how music reflects and shapes the culture we live in.

“I use popular culture to address issues of race, gender, class and sexuality because it is often an easy entry point,” Savage said.

It is daunting to navigate issues like the aforementioned, but cultivating an approach to systemic shortcomings through music can be extremely beneficial because it creates a shared point of reference. Music has the ability to tell the stories of these obstacles, yet the emotional accessibility of songs themselves makes the messages digestible for all. Music ignites empathy, provides different points of view and evokes emotions and understanding.

The precariousness of the present moment is unlike anything any of us has ever experienced. I have found it nearly impossible to make sense of what is going on in our world as our reality grows more and more difficult to culturally decode — and, believe me, I have thoroughly tried. Instead, I have begun looking towards the cultural contexts of the past in an effort to understand our culture now.

The 1960s and 70s was characterized by political unrest, civic upheaval and social revolution. The assassination of President John F. Kennedy, the Civil Rights Movement, Roe v. Wade and the Vietnam Conflict were just some of the monumental moments in time that occurred during this period.

Much like the 1960s and 1970s, we are currently living in a reality marked with widespread tribulation. Between the COVID-19 pandemic, the ongoing fight against police brutality and the hostility of the upcoming election, our present paints a similar picture to that of the general cultural context of the aforementioned decades.

During the 1960s and 70s, artists used their music as responses to the widespread revolution unfolding across the United States. It depicted the pain, confusion and outrage of people all over the country, creating a turning point in the evolution of music as a protest and of culture as a means of a systematic critique.

Nicholas Johnson, an associate professor of musicology and the director of graduate studies for the school of music at Butler University, said songs can be quite personal, but in terms of protest, they can also serve as denouncements of systemic injustices.

“[Music as a means of protest] is about community formation and people realizing that they are not alone,” Johnson said.

Moreover, Johnson notes the power this sense of community gives to music.

“It’s a unifying force that allows people to stand against a system that is specifically designed to keep a percentage of the population oppressed,” Johnson said.

Contextualizing music helps to translate the words and feelings of a song into an overarching message, and each individual has the opportunity to apply that message within their own lives and outside contexts as well. Pop culture provides an entry point to understanding, but maybe music is the key to fully opening the door.

I wholeheartedly agree, as this song routinely gives me goosebumps when I listen to it, and perhaps this, in part, is due to the air of anticipation that often seems to surround revolution. Knowing the context of the historical changes afoot makes this piece so much more powerful. It was used as an anthem for the Civil Rights Movement upon its release, and Beyoncé even did a cover of it.

I first remember hearing this recording on an old cassette tape as a child, but it was also a piece Savage touched on in terms of revolutionary significance.

“This is really an important song, in part because of all the ways [Simone] was marginalized,” Savage said. “She was classically trained but not accepted.”

Simone belts the lyric “all I want is equality for my sister, my brother, my people and me” in a way that makes me feel her desperation and moves me to want to ensure that justice is delivered — for her and for every other victim of racial inequality.

This song is blatantly anti-establishment and really hints at the metaphorical divide amongst the American people in its context. Dylan’s delivery makes me feel like I can actually sense the change happening, despite both the similarities and differences between then and now. Each stanza includes little calls to action, unifying the people for the change that is inevitable, but more importantly, drastically needed.

For What It’s Worth by Buffalo Springfield — 1967

This song is one of my favorites for many reasons, but in this case, I love how it comments on revolution with a nonchalant tone, yet the message itself carries powerful validity. It was released during the Summer of Love and speaks of the disconnect between young people and the people in power.

There is a rather apparent divide developing within our society now — strikingly-similar to the one the song touches on. The lyric “young people speakin’ their minds, gettin’ so much resistance from behind” is an ode to any revolution in which young people seek to initiate a change within a system designed to keep the power where it has always been.

I also find the lyric “nobody’s right if everybody’s wrong” very applicable to today’s staunch polarization of the American public. It is as though we live in a culture trending towards hostility instead of camaraderie and understanding. We are more eager to hate than we are to love.

This song was particularly symbolic of the counterculture’s emphasis on love and peace and its opposition to America’s involvement in Vietnam. Woodstock had its legendary festival in the summer of 1969, the same year this piece was released.

This song united young people in support of those drafted into war by the government. It really promotes the importance of solidarity and the consequences of unequally distributing accountability.

I have to admit that I am a bit of a Joplin super-fan, but this song represents a critique bigger than just the cultural context. Joplin criticizes the pedestal consumerism still seems to fall upon, and the lyrics hint at the incessant cravings of the people. Every time one desire is fulfilled, the next biggest and shiniest thing replaces it.

This song speaks volumes to the cycle of consumerism that characterizes our neo-capitalist society. Our culture constantly emphasizes materialism, but it is not in material belongings where we find satisfaction in our lives.

This song namely criticizes the Nixon administration in response to the Kent State shootings of 1970. It was almost immediately an anthem for the sociopolitical protests of the time. It openly acknowledges the outrage and horror of the American public, emphasizing a theme of conformity to me.

This recording further depicts how intimidation, force and punishment are used as tools to keep people from straying from the status quo. “Four dead in Ohio” is sung repeatedly throughout the song as a way to illustrate the consequences of refusing to conform to the expectations of those in power. It is a harrowing reminder of the lives lost within systemic oppression.