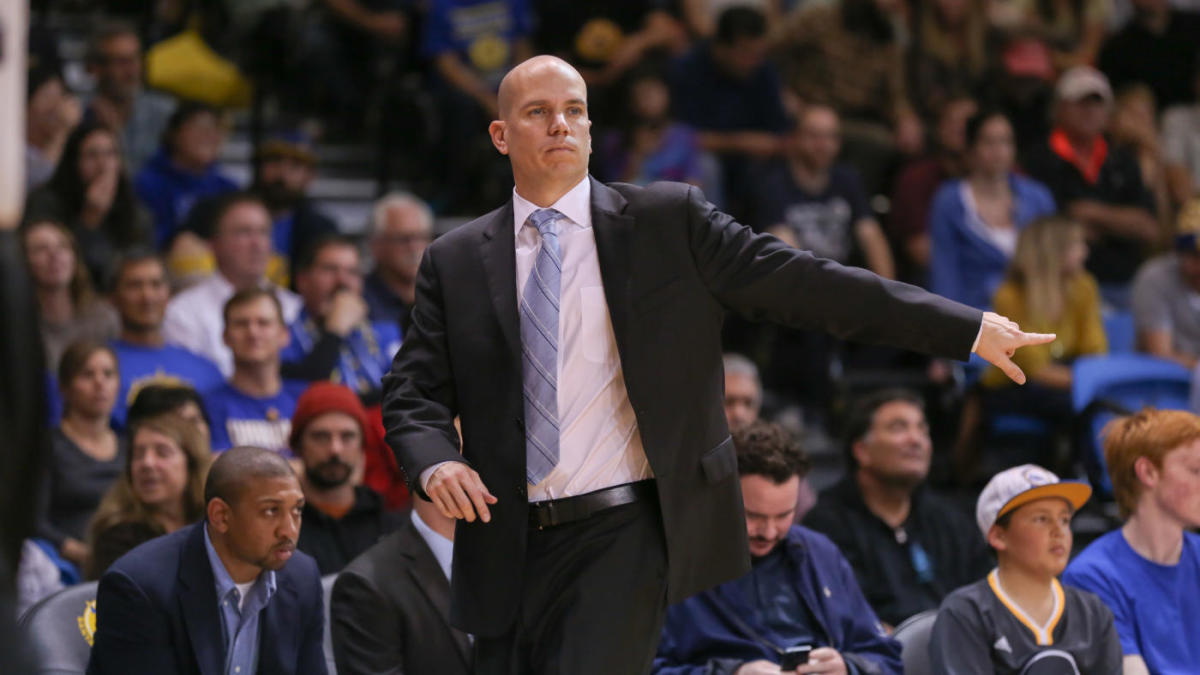 Nate Bjorkgren coaches from the sideline as an assistant with the Toronto Raptors. Bjorkgren took over as the new head coach of the Indiana Pacers on Oct. 20. Photo courtesy of CBS Sports.

With the hire of Nate Bjorkgren — bee-ork-gren — as head coach, the Indiana Pacers have officially signalled the beginning of a new era for Pacers’ basketball.

The team announced the hire on Oct. 20, nearly two months after the dismissal of former head coach Nate McMillan, who had come off four winning seasons. The Pacers did not win a playoff series during McMillan’s tenure in Indiana.

Despite the recent regular season success, Pacers fans can conclude that with this move, the Pacers are in for an offseason full of changes, especially with the roster.

Contrary to other teams that made head coaching changes at the end of this season, the Pacers enjoyed consistent success under their previous head coach.

McMillan led Indiana for four years as the team won 57% of their games in that time, taking the Pacers to the playoffs in each of those four years.

However, playoff struggles were the last straw for Kevin Pritchard, Indiana’s president of basketball operations. The Pacers were unable to win a playoff series with McMillan at the helm, getting swept three out of four years.

In an NBA environment that seems as championship-or-bust as ever, Indiana felt now was the right time to make a switch, likely with some player personnel changes soon to follow.

Key players such as Victor Oladipo and Myles Turner are at a true crossroads in their careers. The Pacers cannot afford to get the same production out of those two, pay them what they want and expect to be competing for a championship any time soon.

While I don’t agree with some extremists that say a championship should be the goal at all costs and any season that doesn’t end with an NBA title is a disappointment, this current Pacers situation feels nothing like when the team was one win away from a trip to the NBA Finals against the Big 3 in Miami in 2013.

The Bjorkgren hire leads Pacers fans to believe this situation will go one of two ways: the relationships in the locker room will turn a corner, bringing out the best in Oladipo, TJ Warren and Myles Turner or management will begin the early stages of a full rebuild, shipping away players with productive seasons still ahead of them for future assets.

Above all else, Indiana needs to discern what they want to do with Oladipo. In late September, there were rumors floating around NBA circles that the former Indiana University standout was looking to sign with another team, and was unhappy with the situation unfolding with the Pacers.

Since suffering a significant knee injury in January 2019, Oladipo has not been the same player Indiana fans saw in his breakout year in 2017-18, when he was named the NBA’s Most Improved Player, a third-team All-NBA selection and an All-Star.

Despite Oladipo’s fan appeal as a former Hoosier in college, it’s time the Pacers cut ties with him and big man Myles Turner.

Selected 11th overall in 2015 out of the University of Texas, NBA scouts and executives have drooled over Myles Turner’s unique ability to play on the perimeter as a 6’11 shotblocker.

While he seemed to be on the course to be a star in the league, Turner’s game has slowly been moving out further and further from the paint. Turner attempted nearly three times as many 3-pointers in 2020 as he did in 2016-17, his second year in the league. In that year, he scored 14.5 points per game, his career-high for a season to date.

The Pacers should look to flip Turner while he still has value around the league for his unique ability other players like Karl-Anthony Towns and Kristaps Porzingis have been known for. Turner, however, is a better defender than both, which could be tantalizing to a team like Boston or Golden State who could be one productive big away from winning a title.

One of the rumored trades around NBA internet circles would send Oladipo and Turner to the Warriors for Andrew Wiggins and the No. 2 overall pick in next month’s NBA Draft.

This pick would allow Indiana to select one of Anthony Edwards or James Wiseman to jump-start the young revolution coming for the franchise. Adding Wiggins to a veteran group with proven players like Domantas Sabonis and T.J. Warren could steer Wiggins towards the path many thought he would have when he was selected No. 1 overall in 2014.

While not a full tear down, these moves — along with bringing Bjorkgren in — would allow Indiana to recycle some of its stale pieces and rejuvenate the team. While this group may not be world beaters, these moves address the future, while allowing the team to compete without breaking the bank — just how Indiana’s ownership intended.