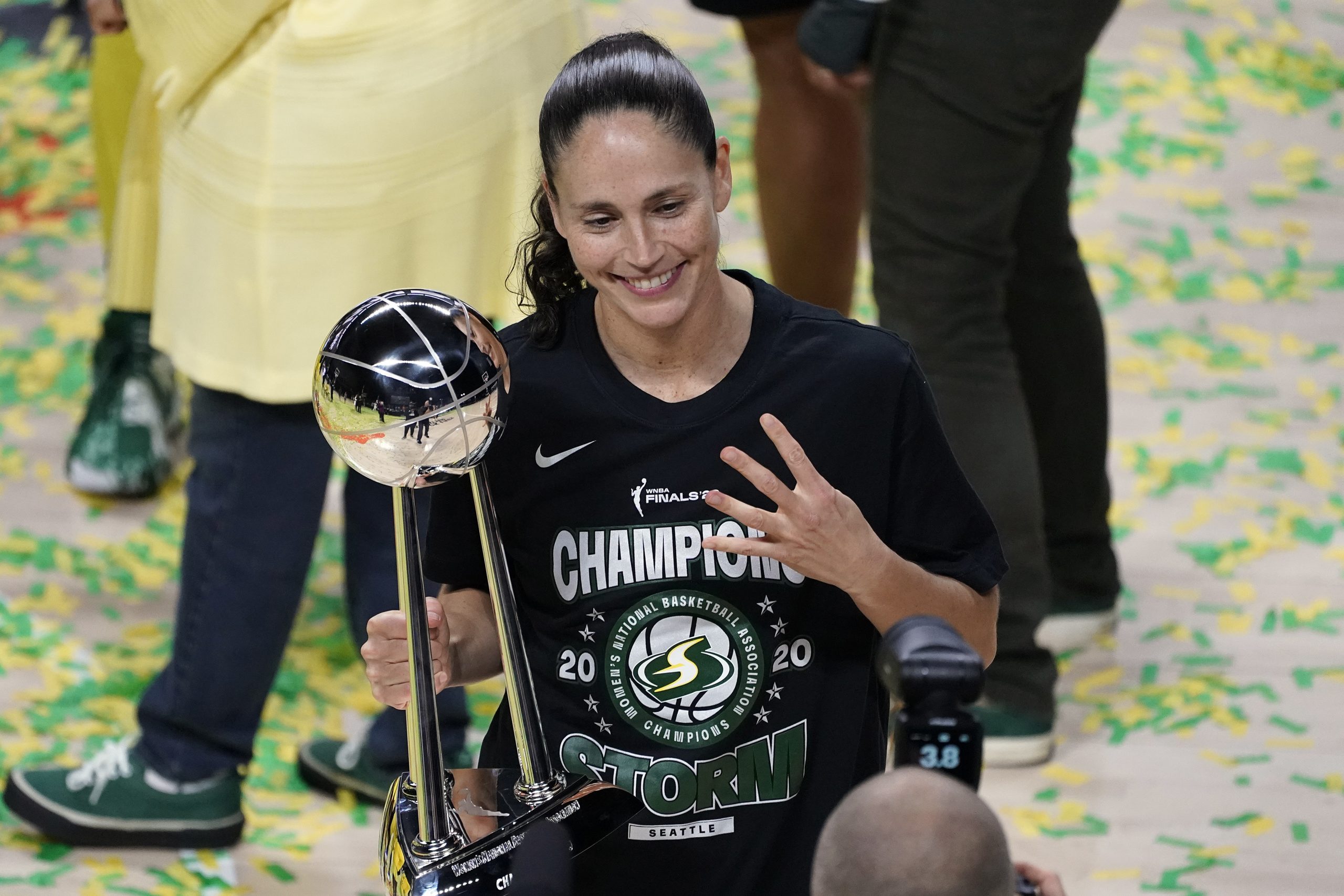 For many sports fans, the last couple of weeks have been a crown jewel in a nightmare of a year for sports. On Sept. 17, all four major sports leagues — the NFL, NBA, MLB and NHL — had games on the same day, something that would be infeasible in a “normal” year.

The NFL is in full swing — albeit amidst chaos of multiple COVID-19 outbreaks — while the NBA and NHL just completed successful playoffs in a bubble with the Los Angeles Lakers and the Tampa Bay Lightning taking home championships, respectively.

The one sport that has been playing in their own bubble  — and that has gotten flat-out ignored by the national media and casual sports fans — is the WNBA.

On Oct. 6, the Seattle Storm completed the sweep of the Las Vegas Aces in three games. They crushed the Aces, along with A’ja Wilson — who was the league’s MVP in its 2020 season.

Didn’t know much or anything about the WNBA this season? Didn’t think so.

There is a clear hierarchy in the United States when it comes to professional sports teams. First, there are the Big 4. The NFL, NBA, MLB and NHL are all on national or regional television weekly and soak up a big market of casual sports fans.

Second, there are amateur men’s sports. College football and college basketball take up the large majority of this second tier, with some athletes taking on the role of celebrity superstars on their campus while others are even paid to come to a certain school.

Then, there’s a tier of soccer and select individual tournaments and events like Wimbledon, The Masters or the Kentucky Derby. Here one can find high-profile individual athletes like Roger Federer, Tiger Woods or Connor McGregor.

At the very bottom of the national sports scene is where women’s team sports can be found. One of the most notable of those sports is the WNBA.

This is immediately evident in comparing the inequalities of the financial compensation and national media attention between the best players of the respective professional basketball leagues.

Sue Bird is the most well-known player from the champion Storm — and possibly the entire league. Her career is eerily connected and similar to that of LeBron James of the Los Angeles Lakers.

Bird and James both were taken with the No. 1 overall pick in their respective drafts, won Olympic gold medals with Team USA and just won their fourth championship in their 17th year in the league.

However, their fame and national recognition could not be further apart. LeBron James has 47 million followers on Twitter, a $1 billion lifetime contract with Nike and will soon be widely considered the greatest basketball player to walk the planet.

Bird, on the other hand, has 135,000 followers on Twitter, is the highest paid player in the WNBA at $315,000 a year and could perhaps be most well-known by the general sports fan as the girlfriend of U.S. Women’s National Team star Megan Rapinoe.

How could these standards be so polar?

James and Bird have essentially had the same accomplishments in their respective leagues, but James’ mountain of wealth is an astonishing 60 times more than Bird’s projected $7.5 million according to Republic World.

Sure, the WNBA looks different than a high-flying NBA game might. Female athletes are built differently than their male counterparts.

But all of the talented action, storylines and excitement that an overly-male sports fan base raves about at an NBA arena can be found just as easily at an WNBA game — if and only if fans apply themselves.

Along with the lack of attention by casual sports fans, there are other reasons the WNBA goes unseen by young boys and girls who aspire to be basketball players when they grow older.

Without consistency in place for a loyal fanbase to take shape, those who are in charge of those decisions are setting the WNBA up for failure, which is a shame, because these athletes work their entire lives to be the best basketball players in the world.

Fans can help be the change. By demanding more equality in the coverage for the WNBA in relation to its male counterparts’ league, more and more fans will take note of the exceptional play that is put on display on a nightly basis.

Recently, players both in and out of basketball — like Seattle Seahawks quarterback Russell Wilson —  have been supporting the efforts of these hard working athletes while giving them the proper national spotlight they deserve.

For example, NBA guard Kyrie Irving of the Brooklyn Nets donated $1.5 million to support the salaries of WNBA players who opted out for COVID-19-related health concerns. Then, he advised the viewers of a livestream to go check out the WNBA Finals game before the NBA hoopers tipped off.

Only when young boys don the jerseys of Sabrina Ionescu, A’ja Wilson and Sue Bird will there be true justice for the women that put their bodies on the line for the game they love.