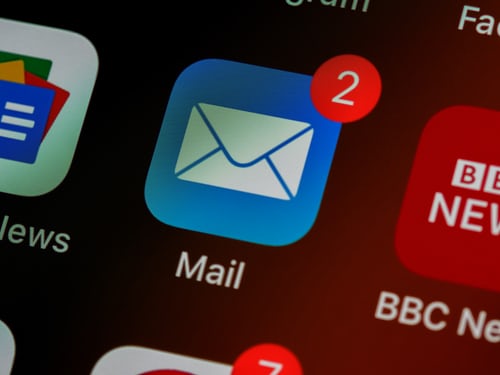 At the start of the school year, Butler University implemented a “COVID Concern” feature on the My.Butler website. This feature gives students the opportunity to report other students, faculty and staff who are not following the guidelines set by the Student Commitment for Personal and Community Wellbeing. These guidelines were implemented to minimize the spread of COVID-19.

According to an email sent by president James Danko to all students on Aug. 28, the feature was put in place to “identify members of our community who are engaging in behaviors that may compromise a successful fall semester.” This enables Butler to “intervene and address concerns swiftly.”

While this feature is meant to protect students, it is creating another problem in itself: an underlying subculture of distrust among students who fear this tool might be weaponized against them.

This distrust has also been exacerbated by the verbage used by the university to describe the reporting process. An email sent on Aug. 23 by Butler University leadership introduced the feature, saying it was meant “for the vast majority of you who want to be here and are following the guidelines.” After many students had been staying at home for months and were even given the opportunity to enroll remotely for the semester, is it not safe to assume that nearly every student on campus wants to be here, not just a majority?

One such person experiencing apprehension regarding this feature is Jack Callaghan, a sophomore finance and strategic communications major, who said that he has heard of multiple instances in which students were wrongly ‘COVID Concerned’ — meaning they were accused of violating campus COVID-19 guidelines — including one instance involving a senior house.

“I’m not going to say whose senior house, but there was a senior house that had probably four or five people over,” Callaghan said. “He’s in a fraternity and he lives with multiple sorority girls. And the first week of school [they] got the cops called on them… someone reported them under a completely false ‘party’ and just kind of went downhill from there.”

Callaghan said that because of instances like this, he is worried the same might happen to him.

“I think just knowing — I mean, even though I don’t have many malicious or toxic relationships with people — there’s still the odd chance that one person sees on a Snapchat story that I’m with a group and would decide, ‘Hey, I don’t like him, let’s report him,’” Callaghan said. “Because it really is that simple. Someone could report me out of, you know, no reasoning at all besides pure assumption, and I could get in trouble for it.”

Callaghan is not alone in this fear. The university has not explicitly explained what happens when a student is reported under the COVID Concern system, and given the nature and severity of the potential consequences, students should have the right to know if it is possible to face punishment solely based on another student’s report. If it is a fair investigation process, the university should have no problem informing the student body of it.

Jenna Aasen, a senior elementary education major, said that the COVID Concern feature worries her as she goes about her day-to-day activities.

“I would say I feel very on edge,” Aasen said. “… I just feel as though you don’t know who you can trust anymore and even if you are following the rules, someone could COVID Concern you out of spite. So that’s kind of just nerve-wracking to know that I could follow the rules to a T, and someone still might find something to kind of get me in trouble for.”

Other students do not find the presence of the tool to be worrisome, perhaps due to the assumption that the university would take measures to protect and advocate for its students. Sophomore biology major Blake McClure said that he finds it helpful, and would not expect students to misuse it.

“I would say it’s a good idea,” McClure said. “I mean, you can’t expect every kid to hold themselves accountable. And in the community, everyone has to hold each other accountable… I wouldn’t think that [the misuse of the tool would happen among] college students, I would think high school. That’s like a high school thing, but not really college.”

Other students agree that despite the anxiety the feature can cause, it is a necessary tool.

“I guess the way I look at it is, obviously, we need it in place,” Aasen said. “The school needs to have something, you know, to ensure that they’re keeping us safe. But ultimately, like they’re giving so much power to the students, seeing how the punishment could result in a suspension for the entire semester. It’s kind of giving power to students to be petty and to take the extreme measure for somebody that they might just be upset with. It just seems that there could be a better alternative to keep our campus safe.”

The university promotes this tool as a function that is frequently checked and is used to “intervene and address concerns swiftly,” as per Danko’s Aug. 28 email. However, in practice, it appears as though the COVID Concern feature is not checked frequently enough to address situations as they occur in real time.

The COVID Concern webpage states, “it is our expectation as a campus community, that individuals will personally address these issues as they occur. However, we realize that is not always possible and we welcome your submission.”

This expectation that “individuals will personally address situations as they occur” essentially deflects blame and places responsibility onto students, forcing them to deal with troublesome circumstances and giving the administration a “get out of jail free” card.

Clearly, though, the university does not trust students to make good decisions, given the implementation of an abundance of shaming tactics used to scare students into abiding by the rules. So, why is student safety suddenly a student problem?

Junior finance major Kelly Stone holds a position as an apartment community assistant in Apartment Village. Stone said that she was told by Residence Life in early September via email to inform her residents on how to properly utilize the COVID Concern tool, ensuring that students were aware that they need to call the duty phone number if they have a concern that needs immediate addressing. Stone said she felt the email implied that these instructions were necessary because the COVID Concern tool is not checked as often as the duty phone.

“They were just like, ‘hey, include in your email [to the residents] to make sure people know that if something’s happening in the moment, make sure you contact the duty phone versus [the COVID Concern],’” Stone said. “I don’t know if it was just us ACAs or all of ResLife, but technically, every student should have been made aware.”

While the COVID Concern feature is lauded as a way to hold all students accountable, communication has not been consistent throughout all of the positions within Residence Life. Irvington resident assistant Renee Scott, a junior entrepreneurship and marketing double major, said that she was not aware of the COVID Concern feature and had not been told to tell her residents about when they should or should not use it. However, she informs her residents of other COVID-related updates and policies through emails and during floor meetings.

“They periodically email us, and when they email us then I reiterate that to my residents and just go about it like that,” Scott said. “I don’t really think they do it in a strict way for us RAs, they just give [us] the email outlining points that they want us to keep saying to our residents.”

The university has not been clear with the protocol for addressing students who have been reported via the COVID Concern tool. What evidence is necessary in order to determine whether students violated the guidelines? Is a report from one student about another enough in itself, and if so, how can students avoid being penalized for something that they did not do?

Obviously, the first step is to follow the guidelines set by the university. The second step would be for the university to be more clear about how students should deal with varying types of COVID-related concerns. Hopefully then, the only COVID Concern that students have will be avoiding the virus.