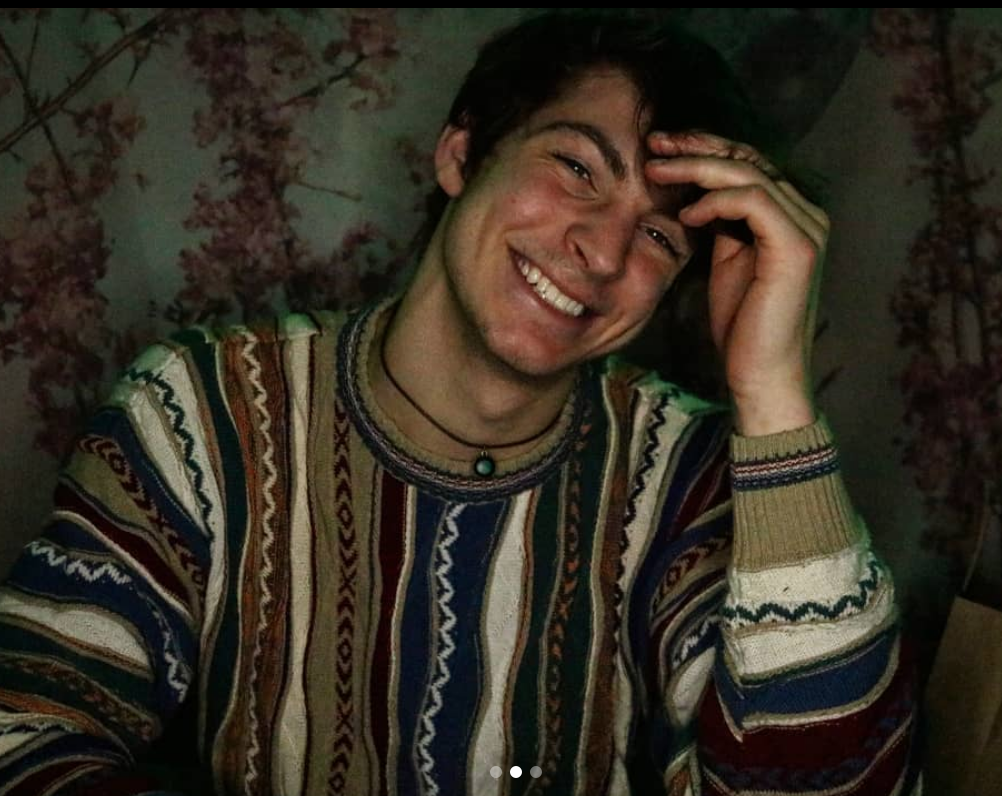 Junior exploratory major Abelias Ringenberg took on the role of Butler University’s Advocacy Fellow this year after finding his passion for advocacy and sexual assault prevention. Through his online presence and conversations with students, Ringenberg aspires to be an advocate for those who struggle to have their voices heard.

The Butler Collegian: What first led you to healthy relationship advocacy and how did you become interested in the Advocacy Fellow position on campus?

Abelias Ringenberg: My second semester here I was introduced to this program called “Sexy, Can I?” as a way for students to talk to first years coming in about what healthy relationships look like and what consent is and isn’t. My first year doing that I absolutely loved it, I loved the feedback that we got from the first years. I loved the idea of spreading educational content about what consent is because a lot of people coming to college haven’t been exposed to any of that, and a lot of what leads to assault is ignorance on what assault actually, which is just the unfortunate truth. What led me to this position is that one of the other students who was in that program with me was the sexual assault advocacy fellow that year. [We] did a lot of talking with her and saw the programs and presentations that she had set up and I fell in love with it. My original goal coming to college was to be a nurse, and I have kind of reevaluated that because I’ve really found a passion for sexual assault prevention and advocacy.

TBC: How will you work to shift students’ views on sexual assault and healthy relationships at Butler?

AR: Through this position, I’m currently in the process of setting up a seminar that talks about sexual violence among minorities. That is really important especially in the time that we are in. I was nervous going into this position simply because I am a white male and I’m extremely privileged. I actually asked during my interview if it was okay that I was even going for this position. When I was told yes, I was happy about it because this is what I want to go into, but I have an understanding that a lot of individuals amongst minorities have it a lot worse. Some people have to fear for their lives just walking at night. I don’t have to do that, so I think of this as an opportunity to educate people who will listen to me, and that happens to be white men. It is also statistically shown that white men are the highest majority of perpetrators, or the ones committing assault. While the voices that should be listened to are the ones of minorities and survivors, sometimes people don’t listen to those voices, and sometimes you need, even though you shouldn’t, an advocate who is within that group to be able to spread that message. Sometimes that is all they’ll listen to.

TBC: What are some past accomplishments of this position and what do you hope to improve upon?

AR: Some of the past accomplishments are that students can come to the person in this position as another student if they do not feel comfortable talking to an adult that is not the same age as them and then provide resources from there. In the position, I have to report anything that students say that has caused violence to themselves or others or if they plan to. Besides that, I’m just a resource for people to go to and feel comfortable talking if they want to talk to somebody who is on their same level. I’m just the same as any other student here. I’m not gonna interview you about your experience or pressure you to talk about it. I’m just here to have a conversation and if you would like to share I am more than willing to listen. In the past, there have been programs or seminars set up to educate students on just what exactly consent is and what sexual assault it. My biggest presence for this position is on social media because at this time that is how you communicate the most. There is going to be a lot of important information about healthy relationships there. My goal is to reach the entirety of the student body, but also the entirety of the staff as well. Even if I reach and change only one person’s life or one person’s outlook on what consent is, then I have done something for the net positive.

TBC: Along with that, what has COVID-19 affected the most about healthy relationship advocacy and the role of this position?

AR: I think the biggest impact it has had is that I can’t meet face-to-face with everybody and neither can a lot of other services. I also like to look at that as an advantage. Something that I’ve looked at is that to schedule a counseling session you can’t email anybody, you have to call. I think that people who have past issues with trust, which is completely understandable, may not feel comfortable immediately calling. They may want to send a virtual message because that’s where they feel more comfortable talking about their personal lives. So I think having this position in place and having it virtually, people are able to reach out to me in [whatever way they need and feel] comfortable doing so.

TBC: Do you have anything you would like to say to people who want to reach out but are hesitant?

AR: Absolutely, I want to be clear: only come to me if you feel comfortable talking to me. I’m not in a position to force anyone to share anything about their personal lives. If people have the desire to [speak with me] but feel afraid, know everything that is told to me is completely confidential. I also understand the aspect of the fact that some women on campus do not feel comfortable coming to a man. That was one of my concerns coming into this position but through reaching out to me, I can provide resources for women to talk to other trusted women on campus or anybody who falls under any identity not excluding men. If people do not feel comfortable coming to me due to my identity or just due to a past relationship with me, I’m more than willing to give any resources to anybody who needs those. The goal of this position isn’t to highlight myself as this great person. It is supposed to give everybody else the opportunity to look out for themselves in the best way possible. I’m just here as an extra resource, an extra step, to be able to get help along the way.

TBC: How can other Butler students get more involved in healthy relationship advocacy?

AR: So, there are actually a lot of opportunities on campus for Butler students to get involved. [There are so many groups on campus that address issues faced by underrepresented groups. Many of them] have a ton of [goals] in common and to get involved in all or a lot of these can really help to educate yourself and also spread education to others who are maybe ignorant about the situations. I know ignorance is kind of a harsh word to use but there is a complete difference between ignorance and willful ignorance, and just to have never learned something or have never been taught something is totally okay as long as you’re willing to learn going forward.

Abelias Ringenberg can be reached through email or social media for students who want to have a conversation with him concerning advocacy and sexual assault. Other resources can be found at https://www.butler.edu/sarp.