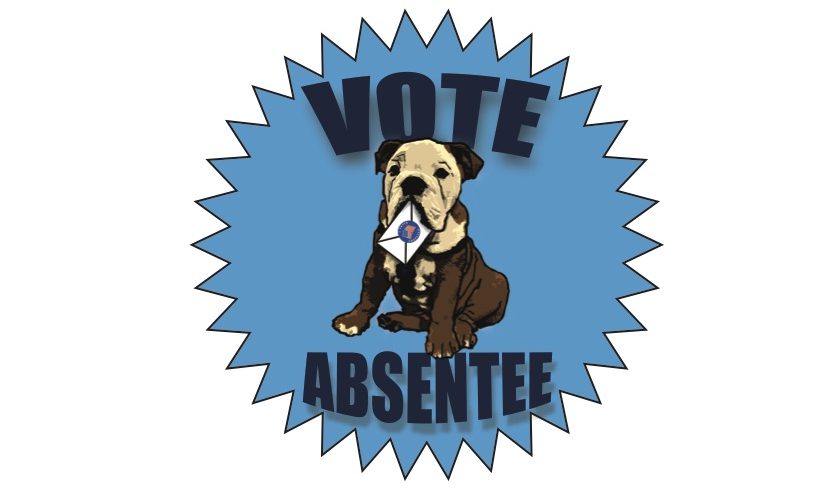 On Nov. 3, Americans nationwide will make a decision that will impact on our country’s future. Regardless of which party you belong to or your political beliefs, Election Day is the time to make your voice heard.

2020 has been a unique year; the U.S. has faced threats of war, months of protests and a global pandemic. This election will mark the 100th anniversary of white women being able to vote, and it is the first election in which a woman of color is serving as the vice-presidential nominee for a major party. For many people, it is more important now than ever to vote.

Gregory Shufeldt, an assistant professor of political science at Butler, said that young people are statistically the least likely group of people to vote. However, despite this, he said that college-aged people should vote because there are political issues that directly impact their lives.

While registering to vote — or requesting a mail-in absentee ballot — may seem like a daunting task, The Butler Collegian has compiled resources and information to help students register as easily as possible. Below is a list of voter information and deadlines for the five states that the largest number of Butler students come from.

If your state is not listed here, you can visit Vote.org, a nonprofit, nonpartisan organization devoted to ensuring that all people are able to easily vote. This website can help you register to vote or request an absentee ballot. If you are already registered to vote, you can also use the website to check on your registration, locate your polling place, sign up to work at the polls or even set up election reminders.

SGA has also partnered with TurboVote, a similar website that provides voting information and resources. This website can help students register to vote and request an absentee ballot with relative ease.

Tory Combs, a senior political science and history major, is the executive chair of Dawgs Vote. This is a student organization dedicated to informing students about how to vote, as well as encouraging civic engagement among the Butler student body. Combs said that if there are issues that are important to you, it is critical to exercise your right to vote and try to make a change.

“Make sure you’re really aware of the election policies to make sure that your vote is counted, and that you are able to have [your ballot] received, because it’s so, so important to pay attention to all of the various specific rules that are out there,” Combs said.

2020 has seen many forms of political participation and activism. Millions of Americans attended protests this summer in response to the death of George Floyd. Countless people have voiced their political opinions on social media platforms from Twitter to Tik Tok. Even the choice to put on a mask each day has become, for many Americans, a political decision.

Shyam Sriram, a visiting assistant professor of political science at Butler, said that there are many ways to participate in American democracy, but that you need to vote regardless of whichever other forms your participation takes. For example, for people who believe in reforming the criminal justice system, he said that it is critical to vote in local judicial elections.

“There’s a legacy here in America, people have died for the right to vote,” Sriram said. “We live in a country where you have the ability to vote and you have the ability to participate. And, look, I’m all about social media and how that’s good and how people can learn from it. But none of that really has the effect that voting has.”

Sriram said that any lasting political change in the U.S. has to take place through participation in elections.

“Not participating is not an option,” Sriram said. “And in fact, I would argue even a step further that not voting in this election is an act of cowardice.”

To ensure that your voice is heard this November, be sure to register on time, request an absentee ballot if you need to and mail it back in time to be counted.