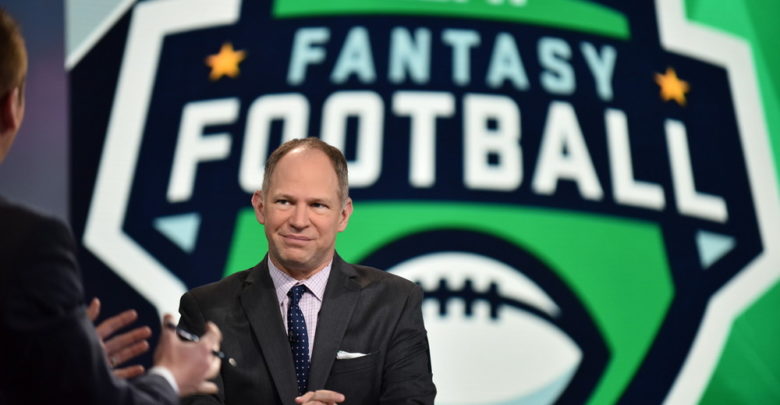 After much anticipation, the NFL is finally back, and along with that comes none other than the favorite pastime for grown men with far too much time on their hands — fantasy football!

While millions of different football fans will be participating in leagues, there will definitely be a few kind of owners that will be seen almost unilaterally throughout the fantasy football world. Let’s take a gander at some that might be seen in your league.

Even with the chance to create a fantasy roster beyond their wildest dreams, this guy still rides or dies with the team they’ve followed since they were in diapers. So now, to complement their usual Sunday night ritual, they can also root for them in fantasy too.

Look, it’s not a bad thing if an owner wants to get their favorite player on their favorite team, but when they clean out every single fantasy asset on that team, it creates an imbalance in the league.

Like buddy, did you REALLY need to take all three starting wide receivers AND the quarterback when your team won’t even finish as a top 15 offense in the league?

Now, because of their insolence, the league has to listen to Chad brag all year about how he got a steal in the fifth round because the homer let a sleeper wideout fall on the draft boards for their team’s third-rate slot receiver.

This Matthew Berry wannabe has spent all summer listening to podcasts and reading up on articles to prepare for this year’s draft. They boast all the way up to draft day about how they’re going to dominate the league and how this is “their year.”

The aficionado swears they have the “master plan” and know exactly how the draft is going to go. Low and behold — they bought something stupid like the Ulitmate Draft Day Kit beacuse they’re too much of a neanderthal to make educated guesses themselves.

Come draft day, they brag about all their picks while scoffing at their league-mates’ decisions because they drafted a player two picks above their average draft position. They leave the draft with egos the size of Donald Trump’s, claiming they’ve “built a roster like no one has ever seen before,” and “it’s the best frankly, many people are saying it’s the greatest roster there’s ever been.”

However, even after all the planning in the world, this genius fails to realize one thing — fantasy football is mostly based on luck.

Come Week 10, they’re sitting in the gutters of the league with a 2-8 record. Meanwhile they’re curled up in a corner, tail tucked between their legs and sobbing uncontrollably. Their league-mates laugh at them — rightfully so — for having a roster full of busts after all that big talk.

This owner doesn’t care whether they hit a home run on draft night or strike out with their eyes closed, for this owner knows where the real championship rosters are made — on the waiver wire.

The ever-vigilant bandit spends hours scouring the wire every week, hoping to find this season’s fantasy superstar who’s just waiting to break out.

Even though this owner will struggle early on in the season, they never lose hope, for they know that fantasy gods may ever be in their favor. After weeks of bust transactions and disappointing weekly flyers, they finally find that player or two who completely overhaul their roster.

Come Week 14 they’re riding high into the playoffs with a team full of guys who weren’t even on an NFL roster at the beginning of the season.

Unfortunately for the bandit, the sheer volume of hours spent on research for their championship team cost them their girlfriend, who left them all the way back in Week 6. However, this league mate knows that victory cannot be achieved without sacrifice.

This smooth talker is looking to leverage their cunning wits by manipulating their weak-minded league-mates into submission.

Whether it’s convincing another owner to take a sketchy player during the draft because he’s “a deep sleeper” or not picking up the best available backup on the waiver wire because the starter is “still going to play this week,” this mischievous master is hell-bent on playing mind games with their league in order to come out on top.

The negotiator is at their best when they come to the table for trade talks with one of their league-mates. With years of experience swindling their opponents, they can offer a trade they deem “an offer of a lifetime” and are able to net a fantasy stud while trading away three players that can’t even put up 10 fantasy points a game.

The best advice to give when dealing with this individual would be to just turn their message notifications on “do not disturb.” Trust me, you’ll thank me later.

This league-mate could be the calmest and most confident person in all aspects of life. However, when it comes to fantasy football, they’re a nervous train wreck.

From week to week, this owner’s roster looks entirely different because they pick up and drop players at a rate that would put the Waiver Wire Bandit to shame. Tinkerbell’s sanity slowly dwindles away due to their constant worrying about not having the best possible roster every week.

Their opponent that week won’t know what to expect from them because of their ever-changing starting line that could look completely different from Thursday night to Sunday afternoon.

Just make sure to comfort this owner after they sit their star running back — who put up 30 points this week — because they were worried about their nagging heel injury.

This scoundrel is out to wreak havoc on the league and win the championship — by any means necessary. Fueled with a toxicity that rivals AB’s own, they’re set on making the fantasy football season a living nightmare for others while making it a pleasant daydream for them.

It doesn’t matter whether they’re on top or whether they are on a three game losing streak, they will go out of their way to let the league know that they’re the best and that everyone else’s team is garbage.

They will constantly irritate their weekly opponent in hopes of getting into their head rent-free and agitating them for the duration of the matchup.

Although everyone HATES this guy, no league would be complete without them. It creates the competitive edge that makes it oh-so-satisfying when they’re finally put in their place at the end of the week.\

A word of caution — be sure to collect this clown’s buy-in fee before draft night. They will definitely jip the league champion of their earnings at the conclusion of the season.

“Why do we still invite this guy to the league?”

Lastly, we have the bane of all competitive fantasy leagues — the guy who’s just there to fill up the last owner spot.

This owner doesn’t care at all about fantasy football, they’re just doing it because they want to be part of the group. Sadly, their lack of ambition comes at a cost when they ruin the league’s competitive edge.

This owner will commit the unforgivable sins of fantasy football, which include, but are not limited to: auto drafting, forgetting to set their lineups, not making any waiver claims, accepting any trade offered to them, not dropping players waived by teams or who are out for the season…  the sins go on and on.

Hopefully another league-mate can find someone to fill their spot next season, but for now just enjoy the easy win.