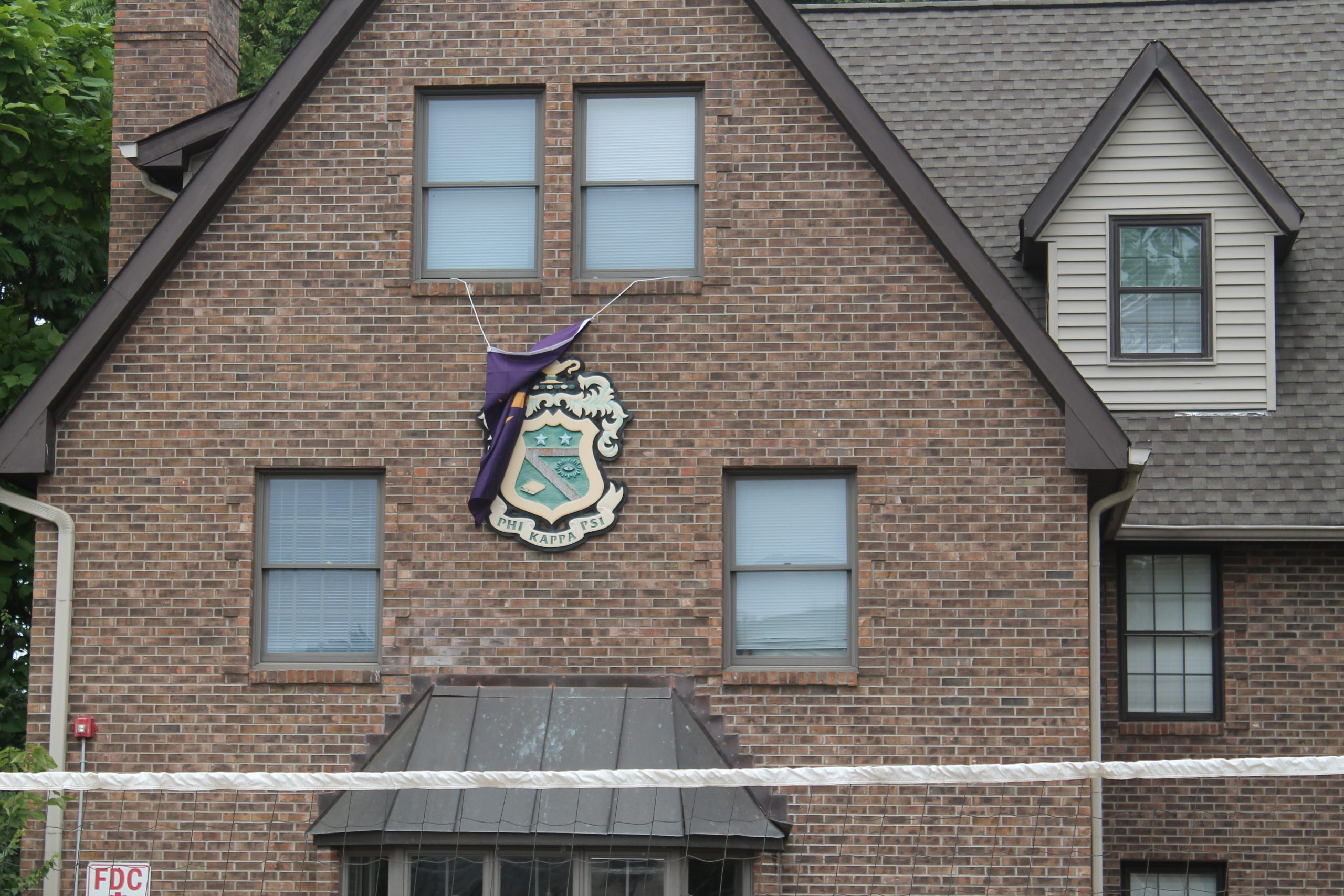 Phi Psi has begun recruiting students as it prepares to return to Butler’s campus. Photo by Francie Wilson.

National fraternity Phi Kappa Psi is currently undergoing the process of reestablishing a chapter on Butler’s campus. The fraternity was founded as part of the Butler campus in 1971, but lost its charter with the university in December 2014. This was due to behavior deemed unacceptable by campus officials, including five risk management violations in 12 months. The fifth violation included an unregistered social gathering at which alcohol was accessible to underage students, thus causing the university to withdraw the chapter’s charter for at least three years.

Brandon Copeland, an expansion consultant for Phi Psi nationals, said the organization is excited to be back on campus to reach out and meet different people. He explained that the process for recruitment of male students begins now, with a five-week process of meeting current sophomores, juniors and seniors who are interested in joining the fraternity.

After this group of students is formed, Copeland said he will frequently visit campus for the rest of the semester to help educate the men on how to effectively run the fraternity.

“Once we are done with the recruitment, we will start the education process, teaching them our history, how to run a fraternity, what types of events to have, community service and stuff like that,” Copeland said.

As for right now, Copeland is working with Phi Psi executives to get the fraternity’s name circulating on campus. He has set up a table outside Starbucks and in various spots on campus to talk to prospective members and has been in contact with other student organizations to try and establish some connections on campus.

Ron Ransom, executive director of Phi Psi and 2003 Butler alumnus, also expressed his excitement towards Phi Psi coming back to Butler’s campus. Ransom said that when he attended Butler, Phi Psi was the most attractive fraternity to him for a variety of reasons.

“The one thing that drew me to Phi Psi more than anything else was their reputation as academically strong leaders on Butler University’s campus, and a group that was interested in being involved with community service,” Ransom said. “[They were] a very competitive group that represented very strong values within not only the fraternity, but within the Butler community.

These are the same ideals that Ransom and other Phi Psi members hope to bring to Butler’s campus today. Ransom said the fraternity focuses on a few key areas, including professional development and preparing their members for life after college.

“The other one [area] is health and wellness. Beginning to engage our members in conversations regarding masculinity — regarding mental wellbeing, physical wellbeing, and ensuring that they are prepared to deal with some of the challenges men face. Not only in college, but throughout life.”

Ransom also said one of the most important things for their organization is to align their values with those of Butler as a whole, and that they are looking for a group of men who uphold these ideals.

Though there are new challenges presented for the fraternity while trying to recruit during a pandemic, Ransom said that, in many ways, right now is the perfect time to join a fraternity.

“In a time when I think there is a lot of question about our future and where we’re going both as a country and from a workforce standpoint, and how we’re building our relationships, fraternity can provide an outstanding opportunity to find friendships and relationships, to find an avenue to engagement in the community and on your campus that you otherwise wouldn’t find,” Ransom said.

The difficulties caused by COVID-19 may have created a fresh outlook for communities regarding the importance of relationships and connections, but this could be true for any fraternity or sorority organization. The question then becomes, why Phi Psi and why Butler?

Bob Marchesani, Lacy School of Business executive mentor, MBA adjunct faculty member, Butler MBA leadership coach, and national vice president of Phi Kappa Psi, said that he believes there is a need for a fraternity like Phi Psi on Butler’s campus. He has been lobbying both the university and the national organization to bring the fraternity back for years because of this belief.

“While no group is perfect, I think there are opportunities for a new group with a different identity,” Marchesani said. “Maybe a new group could do a better job of being respectful of women on campus and maybe including them in more appropriate ways. Could a new fraternity be more academically focused? Could a new fraternity be more supportive of the university’s mission? There’s lots of ways a group can create an identity, and what we hope to do is to find men who want to commit to offering maybe a different way to practice fraternity, from what’s being practiced today.”

Copeland, Ransom and Marchesani emphasized the importance of a diverse and respectful group of men to constitute their chapter. Ransom added that the potential gain from participating in the founding of a chapter on Butler’s campus can be significant.

“An important thing for students to realize is that starting a new chapter on a campus is an opportunity for them to build something on their own,” Ransom said. “And it leads to unique experiences that are oftentimes not offered in existing groups because, quite frankly, it’s like building a business.”

Lambda Chi Alpha is another fraternity that has recently rejoined Butler’s campus and, as they wait for the completion of construction on their house, are residing in the old Phi Psi house. Their lease is active through the end of the year, which has created the question of what recruitment will look like in the spring for both organizations.

Lambda Chi member Nick Margol said he is grateful to Phi Psi for sharing their house with his chapter this year.

“I think I speak for everybody in saying that we are incredibly thankful for Phi Psi to be able to have a place like this because it has helped us grow incredibly as a chapter,” Margol, a junior marketing major, said. “Whereas before we were hanging out in people’s rooms, and we just didn’t have anywhere to go and to congregate. So, this is huge for us.”

As for recruitment, Margol wasn’t too concerned about operating in a space that bears the name of another fraternity on its walls. He noted that anything was better than not having a house at all.

In regard to where this leaves Phi Psi for recruitment in the spring, the fraternity representatives said they are confident in creating an enjoyable and competitive experience for prospective members, and are happy to help out a fellow fraternity however they could. Ron Ransom detailed the importance of cooperation among the Greek organizations to ensure that everyone can benefit from an integrated and inclusive community.

“We want to work with all fraternities and sororities at Butler,” Ransom said. “As part of our return, my belief is that Phi Psi will not be successful if every other fraternity and sorority at Butler is not successful. So, our hope is that we can contribute to the growth and development of your chapters and councils. And that in exchange the chapters and councils will also help us and guide us as we move forward as well.”

The Butler Collegian will continue to follow this story. To get in contact with Phi Psi representatives on Butler’s campus, email join@phikappapsi.com.