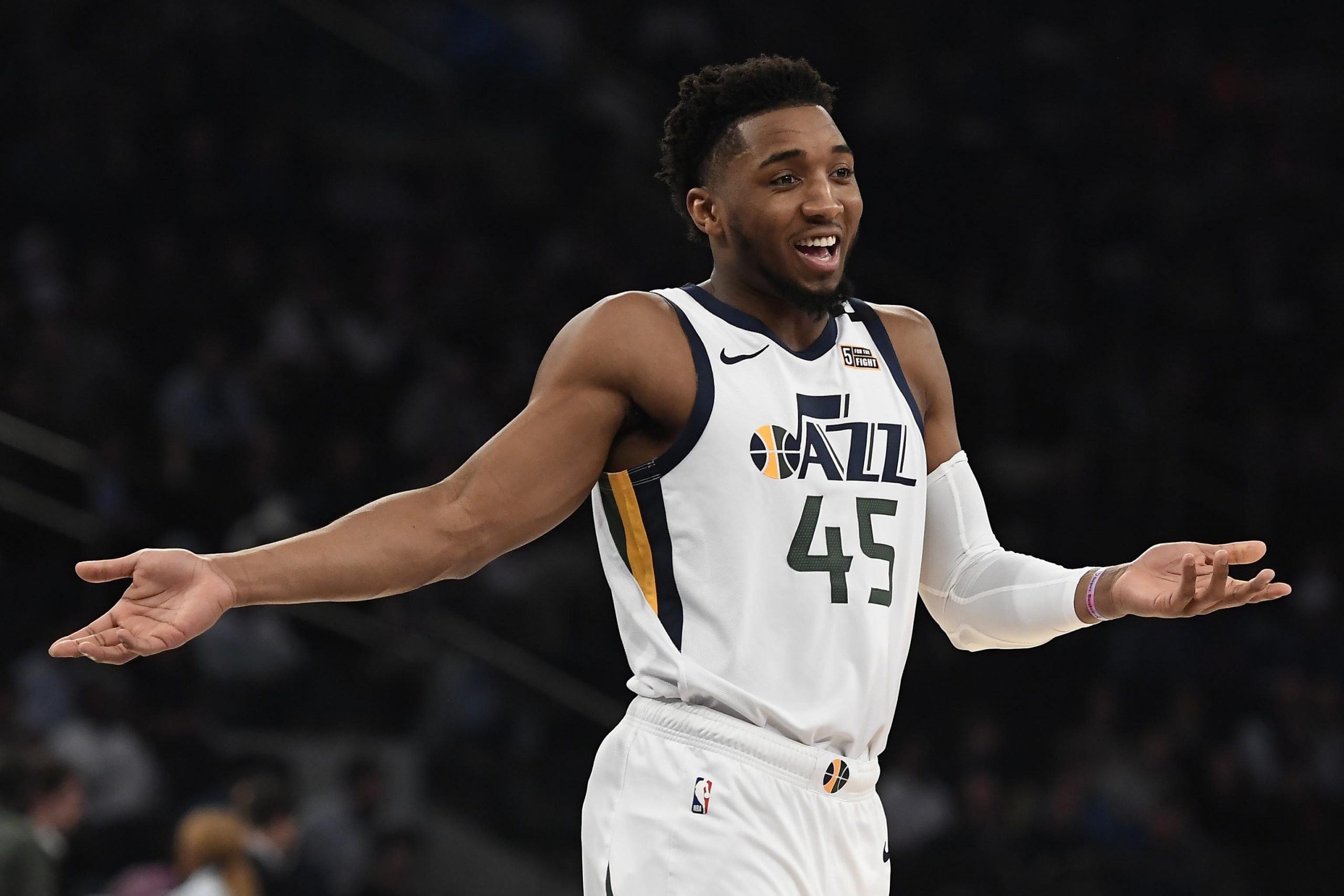 Donovan Mitchell makes a move to the basket in an NBA playoff game. Mitchell has been one of the breakout superstars of the NBA bubble. Photo by Bleacher Report.

Utah Jazz guard Donovan Mitchell has caught the attention of the entire NBA in the early stages of the 2020 playoffs, which are well underway in the NBA bubble in Orlando, Fla. All 22 invited teams have completed their eight seeding games and round one of the NBA playoffs has begun.

A few players have stood out from the others with their impressive play in the first round of the playoffs such as Devin Booker, Luka Doncic and LeBron James. However, one player has stood out the most among the rest — Mitchell.

Led by Nikola Jokic and Jamal Murray, who are both superstars in their own rights, the Nuggets had multiple duels with Mitchell in their playoff matchup, and the Denver duo proved to be too much for Utah. Sure, Jamal Murray recorded two 50-point games himself, but Mitchell outshined him.

In the first round of the playoffs, Mitchell averaged 36.2 points per game (PPG), while shooting 52.8% from the field, and 51.5% from the three-point line. Mitchell’s versatile play — his ability to explode at the rim and knock down triples — has proven difficult to defend.

Mitchell was fresh off an improved regular season, in which he averaged 24 PPG, while shooting 44.9 percent from the field, and 36.6 percent from the arc — already at an All-Star level — but now, it is clear that Mitchell is rising to superstar status.

In the opening game of the playoffs, Mitchell scored 57 points, while shooting 19/33 from the field and 6/15 from the three-point line. Despite Mitchell’s efforts, Utah fell to the Denver Nuggets in overtime by a score of 135-125.

Along with the stifling rim protection of Rudy Gobert and steady shooting from Joe Ingles, the Utah Jazz, who were seeded No. 6 in the Western Conference, had an amazing battle with the three-seeded Denver Nuggets. Despite Mitchell’s heroics, the Jazz fell to Denver in seven games, after losing an intense game seven, 80-78 on Sept. 1.

Despite the loss, Mitchell and the Jazz have little to be upset about, as the Denver Nuggets are a very strong and dangerous team.

Mitchell is capable of replicating his playoff performances next year and beyond. Personally, Mitchell will do just that this upcoming season, and continue his dominance next regular season, further proving he belongs in the superstar realm.