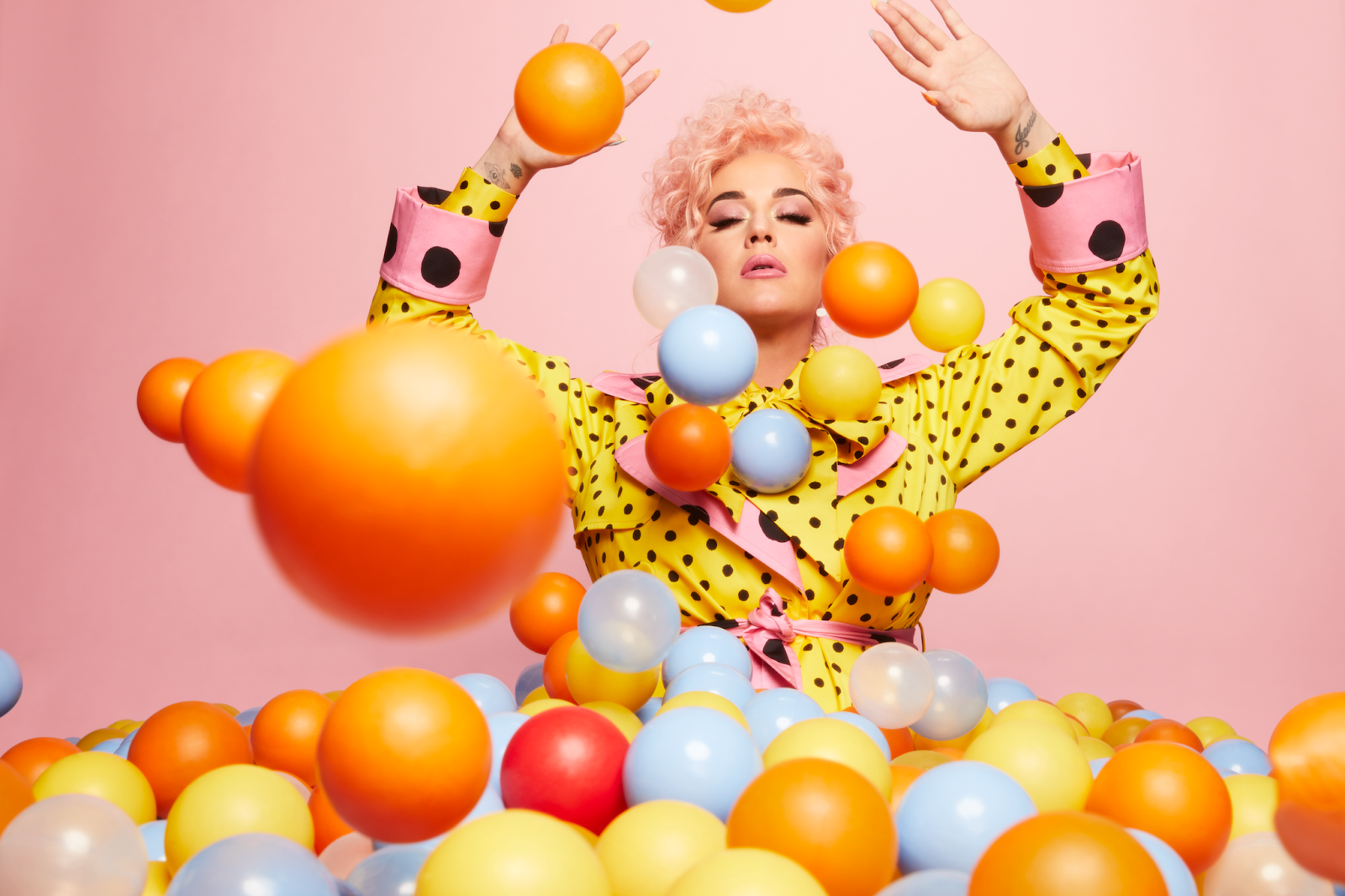 When I received an invitation to attend a virtual press conference with Katy Perry hosted by Universal Music Group earlier this year, I was not entirely sure what to expect. I hadn’t even gone out of my way to listen to her music since “Roar” was released in 2013, and I started thinking: what exactly is Katy Perry doing these days?

I had heard of her documentary, and I had seen the viral tweet of her performing live on stage right after her husband had broken up with her via text. I had respect for her, but like a barely-related cousin at the family reunion, I felt once-removed. I was not a fan, per say.

This invitation would be big news, though, to my 10-year-old self who spent every day at recess for a month practicing “Firework” for the elementary school talent show and who would steal her dad’s phone to search “Katy Perry radio” on the Pandora app. So, what happened?

Well, for starters, Perry’s 2017 release of “Witness” was about as well-received as the newest food-service provider on Butler University’s campus. Despite its heavy advertisement and Perry managing to land a Migos feature, the album didn’t even crack the top 40. It received a meager 162,000 sales — less than a tenth of previous releases.

So, in an effort to return to a sound more reminiscent of “Prism” and “Teenage Dream,” Perry wrote her newest album “Smile” and invited over 100 college students and young adults to submit questions that would be answered during a moderated press conference. I received an invitation to the event through Butler University student CJ Robinson, a junior recording industries major who interned for Girls Who Listen during the summer.

I had never even met a celebrity before, let alone received an invitation to an exclusive event. Excited as I was, though, I went in with my expectations at ground level. To me, it felt like an attempt to rekindle a friendship with someone you haven’t talked to in years.

Except, to my surprise, she was fascinatingly down-to-earth. She was cool. She was real. Most shockingly of all, this wig and costume-clad woman who had invented a bigger-than-life persona, was… relatable?

As she began to express regret over her last album, Perry explained that on top of her breakup, the album’s lack of success sent her into a period of clinical depression so debilitating she could not leave her bed.

“I wrote this record during one of the darkest times in my life, where I didn’t really plan for the next day,” Perry said. “I was very flat-lined.”

Suddenly, I understood. I thought back to the end of the spring semester when the world felt like it was ending, my mental health was at its worst, and my grades teetered into pass/fail territory. I knew I was capable of so much more, and frankly, I was embarrassed at myself. Meanwhile, the whole world knew Perry had failed, and unsurprisingly, she said it was very difficult to address that.

“I guess to face your failures and to be like ‘yeah, I did mess up but I got back up again’ is not fun to publicly acknowledge,” Perry said. “When I say something, it’s like having a billion in-laws saying ‘I told you so.’ You have to shut it out, but it bleeds in.”

However, there was a light at the end of Perry’s tunnel. The record’s name, “Smile,” refers to a newfound period of happiness and touches on themes of empowerment, joy and hope.

“What doesn’t kill you makes you stronger, but sometimes you have to walk through hell to get that strength,” Perry said. “This record really speaks about my own experience of walking through that and coming out alive.”

Perry said she often uses humor as a coping mechanism and tries not to take herself too seriously, even mentioning that she wants to start an Instagram account exclusively to post pictures of her crying.

“It’s clownery,” she said. “I’ve always felt like the court jester and I’ve always had a little bit of humor and self-deprecation injected into everything I do. I wasn’t taking myself seriously when I was spewing whipped cream out of my boobs. I continue to use humor as a way to bring a little levity into the seriousness of life.”

However, like many college students, not every coping mechanism Perry uses is necessarily the healthiest. She said she will certainly be having a few dirty martinis after giving birth to her daughter Daisy Dove Bloom, who was born on Aug. 27.

“I understand why people are like ‘when the bars open, I will be there and I will be there all night’ because I no longer want to listen to what my thoughts say, especially during this time,” Perry said. “It’s too f*cking intense.”

Perry alludes to these habits in her album “Smile,” as well.

“There’s a song called ‘Cry About It Later’ which is really about drinking too much champagne on ice and getting under someone to get over someone,” Perry said. “Sometimes you just need that.”

Eventually, Perry waved goodbye, the Zoom call ended, and I was left staring at my blank laptop screen in my dining room. It took 15 minutes of her talking to realize that I had taken Perry and put her into a box in my mind, as though she did not exist outside of her public persona. I almost felt as though I owed her an apology.

I thought back to the countless hours I had spent on Youtube rewatching the “California Gurls” music video after its 2010 release. Sometime in the past decade, I had grown up and drifted away from Perry’s influence, but I had never before considered that she had grown up, too.

To be honest, I still haven’t even listened to her album, and I’m not sure that I will, but there’s another lesson to be learned here from Perry herself.

“Life gets real the longer you live it,” Perry said. “But, it does get more expansive if you can survive it.”