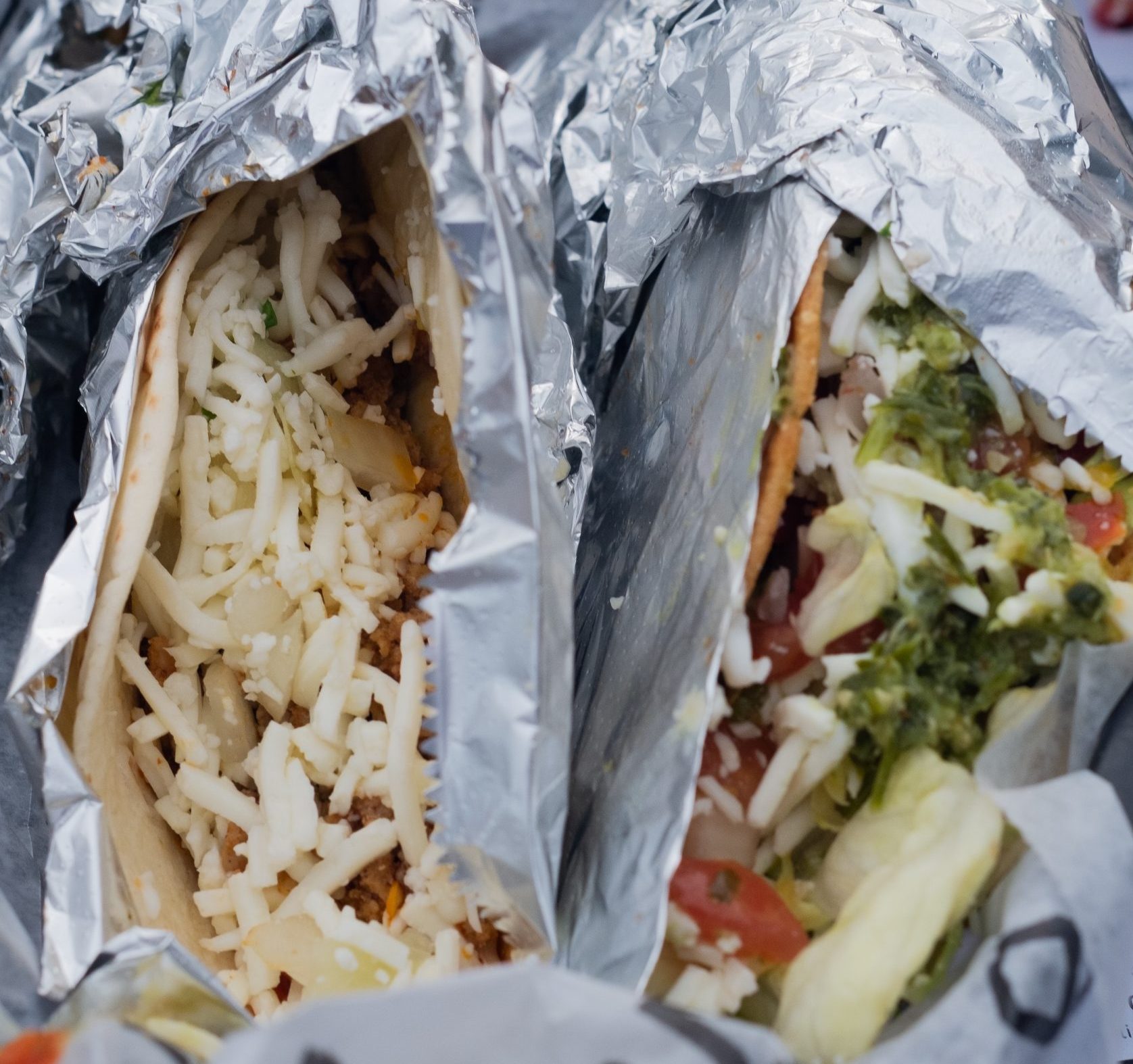 Tacos courtesy of Condado Tacos, one of the participating restaurants in Devour Indy Summerfest. Photo courtesy of Julian Cirnigliaro.

After a lull in spring business due to COVID-19, many restaurants are opening their doors for Devour Indy’s 2020 Summerfest. This two-week event, beginning Aug. 4 and ending Sept. 6, comprises over 100 local restaurants offering discounted three-course meals. Midtown, where Broad Ripple Village is located, and Downtown Indianapolis are two of the six areas with participating restaurants. Here are five nearby eateries with the best Summerfest deals for dine-in and carryout on a college student’s budget.

Byrne’s Grilled Pizza, located on Illinois Street near Broad Ripple Village, specializes in thin-crust grilled pizza made from local and fresh ingredients. The restaurant also often has live music on the patio. For the Devour Indy Summerfest Event, Byrne’s is offering their three-course meal for $17.50 per person. Guests may choose from bruschetta, “cheesee” bread or a salad for an appetizer. Entrees include pasta, stromboli or pizza with a choice of either regular, gluten-free or cauliflower crust. The dessert option is a shared chocolate chip bread pudding.

Ruthie Miller, a senior arts administration major with a focus in music, did not expect to find much of a global variety of food when she came to Butler. But, after exploring the Indy food scene throughout the years, she found an assortment of foods that fit into that category.

“I was definitely pleasantly surprised with the diversity of food here and that it continues to diversify every year that I’ve been here,” Miller said.

Condado, a favorite spot among many Butler students, is located on the now pedestrianized Broad Ripple Avenue. The taco joint is providing their own spin on a three-course meal for $15 per person. Guests are offered a variety of drinks, including several types of margaritas and a non-alcoholic house horchata. Next up is a dip option which consists of either queso blanco, guacamole or a choice of salsas. Lastly, guests may select either two tacos or a packed bowl.

Hannah Vlk, marketing manager at Condado, emphasized the importance of an event, such as Devour Indy, in expanding diners’ palates.

“I think it gives people the opportunity to try restaurants in their communities or try certain menu items at their favorite restaurants that they wouldn’t normally have,” Vlk said.

Vlk also discussed how eating out, whether dine-in or carryout, is essential in strengthening small businesses in the community.

“Continue to support your local restaurants in any capacity that you feel comfortable. It does make a huge impact,” Vlk said.

Diavola is a quaint Italian eatery near Broad Ripple known for its pizzas and pastas, which are made in-house daily. The restaurant also has an outdoor dining area that is pet-friendly. For $25 per person, Diavola is offering a wide array of traditional Italian cuisine.

To start, guests may choose between caprino, bruschetta or polpette, which is a meatball dish. A selection of salads is next with options of a caesar, mista or rucola. The third-course is a choice between eight pizza and pasta dishes.

Harry & Izzy’s, located in downtown Indy, is an upscale restaurant known for steak and seafood. For its Devour Indy discount, the restaurant is offering a three-course lunch menu for $24 per person. The main course offerings include a half club sandwich or two signature sliders. Guests then have the option of two additional items, which include shrimp cocktail, toasted ravioli and a variety of salads and desserts.

Madelyn Sanders, a junior biology major, enjoys eating out at new places around Indy and frequently participates in Devour Indy deals with her family.

“It’s just a nice way to be able to get out and eat at those really nice restaurants downtown, but have more affordable prices with it,” Sanders said. “It’s a really good way to experiment, try new foods and new activities.”

Punch Burger is a downtown Indy burger joint that prides itself on affordable menu items and use of local, fresh ingredients. The restaurant is offering Devour Indy deals for lunch and dinner, both at the price of $12.50 per person. Guests may select two items from a list of local meats, including beef, turkey, duck and chicken breast. The next course includes either a sweet potato or fry basket. For drinks, Punch Burger is offering beer, wine, soda or a milkshake.

Sanders explained the social benefits of eating out and emphasized how that aspect of the experience has been taken away during these unprecedented times.

“I’ve always thought that eating in groups just brings you closer,” Sanders said. “Just making the point to sit down and eat food and being able to discuss it and just enjoy the experience of it. It’s a very important part of our social lives and it’s something that we’ve kind of been stripped of recently, but I think since it’s coming back, we’ll definitely see better social changes coming up.”

Devour Indy Summerfest ends on Sept. 4, so make sure to give these local favorites a try. And, since these restaurants are selling their food at a lower rate, don’t forget to tip your servers and support local restaurants in regular weeks, too.