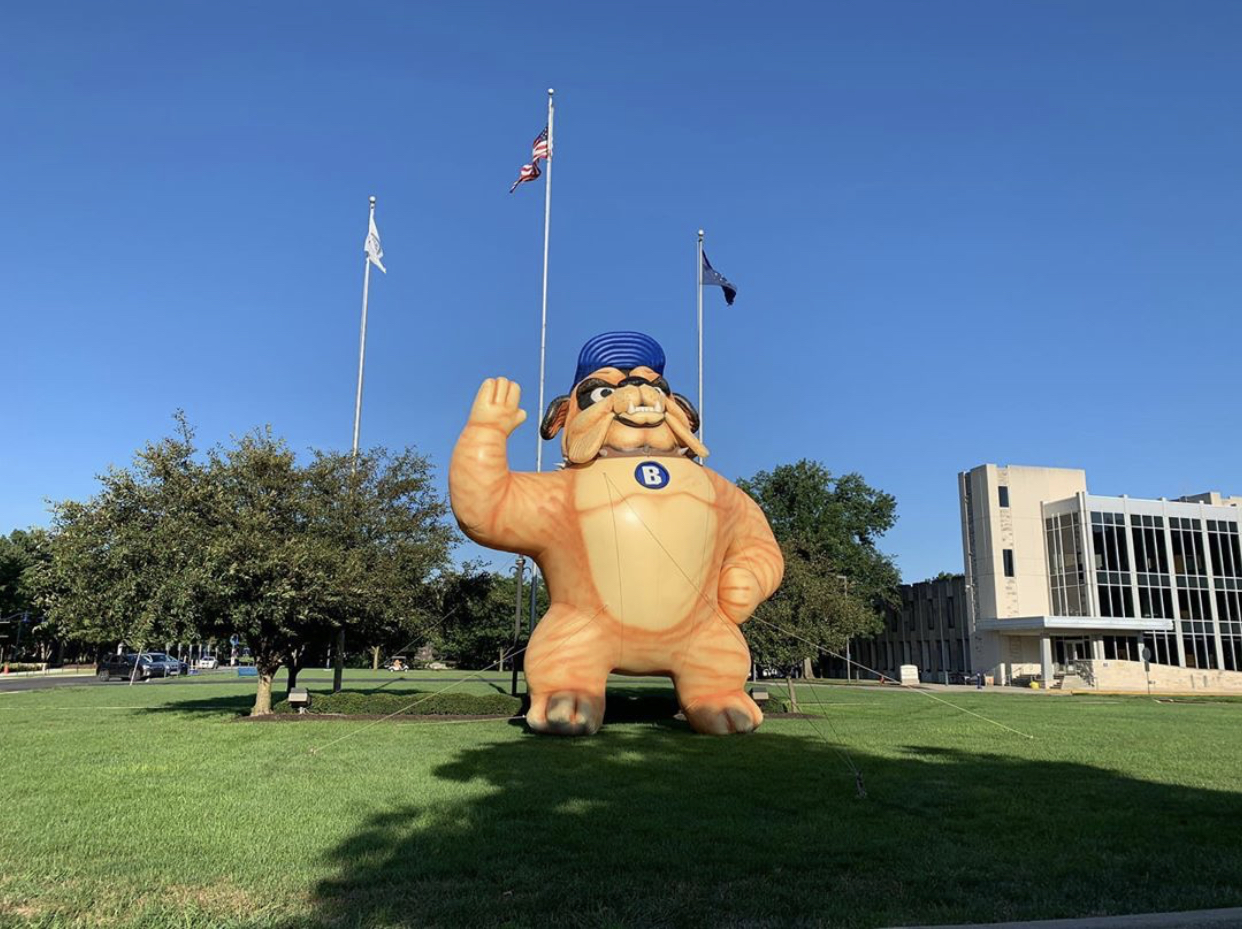 Traditionally, Butler Homecoming is a time when alumni return to campus to reconnect with the university, professors and life-long friends. In a typical year, homecoming draws thousands of former students and their families back to campus — a mass mobilization of the bulldog faithful.

However, this year is neither traditional nor typical. To avoid the possibility of hosting a super-spreader event, homecoming will be held virtually this year.

To adapt to this new medium, the university will be hosting events that are different from what attendees normally experience at homecoming. Each college will host its own unique event which will occur throughout the week alongside other events, such as presentations from professors, trivia and a virtual tour of the sciences building construction.

Jennie Jones, director of volunteer engagement in the alumni office, said one of the most “iconic events” that won’t be happening this year is the football game. Jones said she hopes the trivia event will at least partially fill the void left by the lack of a game this year by providing a competitive game-like environment.

“A lot of other schools were having success with virtual trivia, so we’ve kind of marketed a virtual trivia night as our homecoming game, if you will,” Jones said.

John Turley, a senior football player and engineering, astronomy and astrophysics major said he thought homecoming would not be the same without the football game. Turley said he knew there were many events that happen during homecoming, but that the football game was what brought everyone together.

“I think it’s usually the biggest crowd we have for a game,” Turley said.

Although he was disappointed when he found out his team would not have a fall football season, Turley said he somewhat expected the news and hopes there can still be a spring season.

Jones said the loss of events like the football game, as well as not having alumni on campus, may make it harder to create the same atmosphere as a normal homecoming. However, she added that she hopes the virtual homecoming will encourage alumni based further afield to attend.

“It’s hard to capture that nostalgia and we won’t be able to have those personal connections with people where they’re coming back and they’re seeing their classmates or they’re seeing old faculty members,” Jones said. “But it has also opened up an opportunity for us to connect with folks who typically wouldn’t be able to come back to campus.”

One of the presentations during homecoming this year will be the Science of Beer event, held by Butler chemistry professors Anne Wilson and Michael Samide. The event will provide alumni with an opportunity to return to a classroom-like setting and learn how chemistry can be applied in the real world.

In addition, Wilson said this would also be an opportunity for alumni to connect with each other and learn what it is like to take classes at Butler during the COVID-19 pandemic.

“It still feels Butler-y even though maybe not all of our classrooms are in-person,” Wilson said. “They get a sense of what it is that’s happening at Butler and that we’re still doing the teaching that they expect of Butler faculty.”

Samide said one of the main goals of homecoming is to help alumni connect with each other — comparing homecoming to a family reunion.

“When you attend school for a certain period of time in what really amounts to very formative years, you become part of the bigger family,” Samide said. “Even though you’ve been gone for a few years, when you reconnect, you rekindle those conversations and it’s almost like you had never left.”

Josh Murdock, a 2020 pharmacy graduate, was one of the alumni planning a reunion in tandem with the events of homecoming this year. Murdock had planned on traveling from Rhode Island to homecoming to meet up with friends from his time at Butler.

After having the end of his senior year moved online, Murdock felt that this homecoming would have been a good opportunity to reconnect with Butler and his friends. As a healthcare professional, however, Murdock was glad the university was able to put together a plan that was safer and also did not involve the cancellation of the event as a whole.

“Having this hybrid, online-only homecoming is definitely a good compromise,” Murdock said. “From a healthcare practitioner point of view I’m all for it, and, as a proud alum, I’m glad there’s still an option to at least connect with Butler a little bit.”

Murdock still plans on virtually attending homecoming this year, and added that he thinks the dynamics of homecoming will still be the same, but with different aspects taking over as the dominating features.

“Whenever I think of homecoming, I think of just the social aspect of it and then Butler is kind of in the foreground,” Murdock said. “But I think it will be kind of flipped this year where reuniting with Butler will be the focus, whereas the social aspect will take the backseat.”

Jones said she knew moving homecoming to a virtual setting might have been especially disappointing for 2020 graduates like Murdock, but that she hopes they will still be able to enjoy some of the normal aspects of homecoming through the virtual event. She also added that she is hoping for an in-person homecoming in fall 2021, where 2020 and spring 2021 graduates alike can return.

“We are hopeful that 2021 will be a more typical year and that we could bring them back to campus and help them to celebrate at Butler and kind of make up for some of the memories that they might have lost,” Jones said.