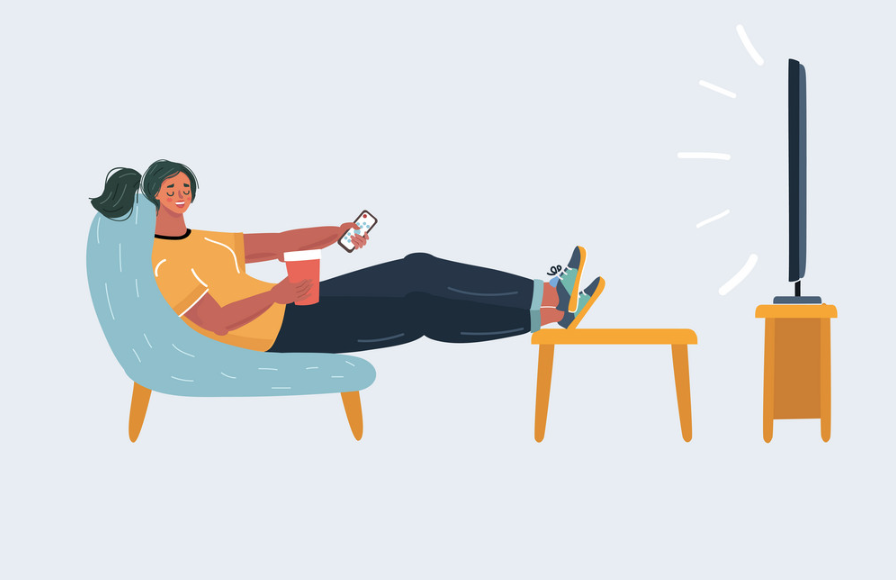 Hey all you cool cats and kittens, it’s Culture here. Our section got together — virtually of course — to come up with some of our favorite cures to boredom. From nonsensical documentaries to 1960s nonfiction, we have you covered. Enjoy.

My top picks have a whole range of emotions, but they all have that special quality that makes you want to completely immerse yourself in it and forget everything else. At the moment, that is the perfect antidote for me. If you are not looking for something so deep, I had to include “Parks and Rec” for its blissful 20-minute episodes. And yes, the song is from Tik Tok.

Book: “Call Me by Your Name” by André Aciman

Music: “Something For Your M.I.N.D.” by Superorganism

I thought about these recommendations much harder than I probably should have.

“The Lighthouse” has a unique look and off putting feel, but never fails to pique your interest. This film will leave you questioning a lot of what you have just witnessed after the final shot fades out. Alfonso Cuarón’s direction and storytelling for “Children of Men” is rich with long, captivating takes, themes of religion and emotional depth — the less you know about this film, the better.

The book “The Electric Kool-Aid Acid Test” immerses readers into sporadic topics such as psychedelia, counter culture and beat writing.

“My Beautiful Dark Twisted Fantasy” is an album you can listen to all the way through, but every song on this album is so well-produced and extravagant to enjoy on their own. If you’re looking for a thorough, mapped-out musical escape, listen to Kendrick Lamar’s “To Pimp a Butterfly.” The 79-minute album tells a complete, resonant story that explores themes such as cultural oppression, race, faith and internal conflict. The attention to detail and precision of the story Lamar tells on this album is on par with a 50,000 word novel.

Show/Film: “The Lighthouse” or “Children of Men,” both available to rent on Amazon Prime

Album: “My Beautiful Dark Twisted Fantasy” by Kanye West or “To Pimp a Butterfly” by Kendrick Lamar

If you’re a hopeless romantic like me, “The Rest of the Story” is the perfect book for you. It’s super relatable and can easily take your mind off reality for a few hours. “The Stranger” is kind of the opposite, it will definitely keep you distracted but it’s not quite a romantic plot. My music choice is just a straight bop, that’s all I have to say.

Book: “The Rest of the Story” by Sarah Dessen

Show/Film: “The Stranger,” streaming on Netflix

Music: “Crush” by Souly Had

My picks are all over the place, but have the drama and distraction you probably want right now. “DisneyWar” talks about the drama that surrounded the Disney Company when Michael Eisner took over and was later forced out; in that same vein, “Star Wars: The Clone Wars” has seven seasons filled with drama and action from some of your favorite Star Wars characters. As for my music choice, it has a great beat and that’s all I need right now.

Book: “DisneyWar” by James B. Stewart

My top picks vary from eerie to upbeat to just about day-to-day. I constantly find myself listening to feel-good songs by day and watching shows that are creepy and suspenseful by night. “Topanga” is just a feel-good song to vibe to. But for a spooky show, I would recommend “The Outsider” for its unique characters and beautiful cinematography. One of my all-time favorite books is a classic: “The Secret Life of Bees” will always be a favorite because of the powerful woman and strong emotion portrayed throughout the story.

Book: “The Secret Life of Bees” by Sue Monk Kidd

Show/Film: “The Outsider,” streaming on HBO

My top picks hop from emotional to horror to light-hearted. “All the Bright Places” immerses you into a heart-wrenching storyline. Jordan Peele’s “Us” is absolutely sitting-on-the-edge-of-your-seat horrifying. I’d describe “Janet” as the color yellow, a feel-good song with a light beat.

Book: “All the Bright Places” by Jennifer Niven

Show/Film: “Us,” streaming on HBO

From opportunity to insanity, quarantine has given me both inspiration and a bad case of the existential crises. My top picks this week range from “Educated,” a novel that shows how education can transform lives, to “Tiger King,” a Netflix show that embodies complete and utter lunacy. My picks for songs also encapsulate my feelings, as “fever dream” perfectly sums up the anxiety that exists behind experiences such as getting sent home from a study abroad program or getting your college experience cut short, with lyrics like “I want something more than restless mornings / gettin’ by’s so boring.” Dua Lipa’s “Levitating” is the escape we all need from reality, taking us to a futuristic, sonically-spaced-out wonderland of jams.

Song: “fever dream” by mxmtoon or “Levitating” by Dua Lipa