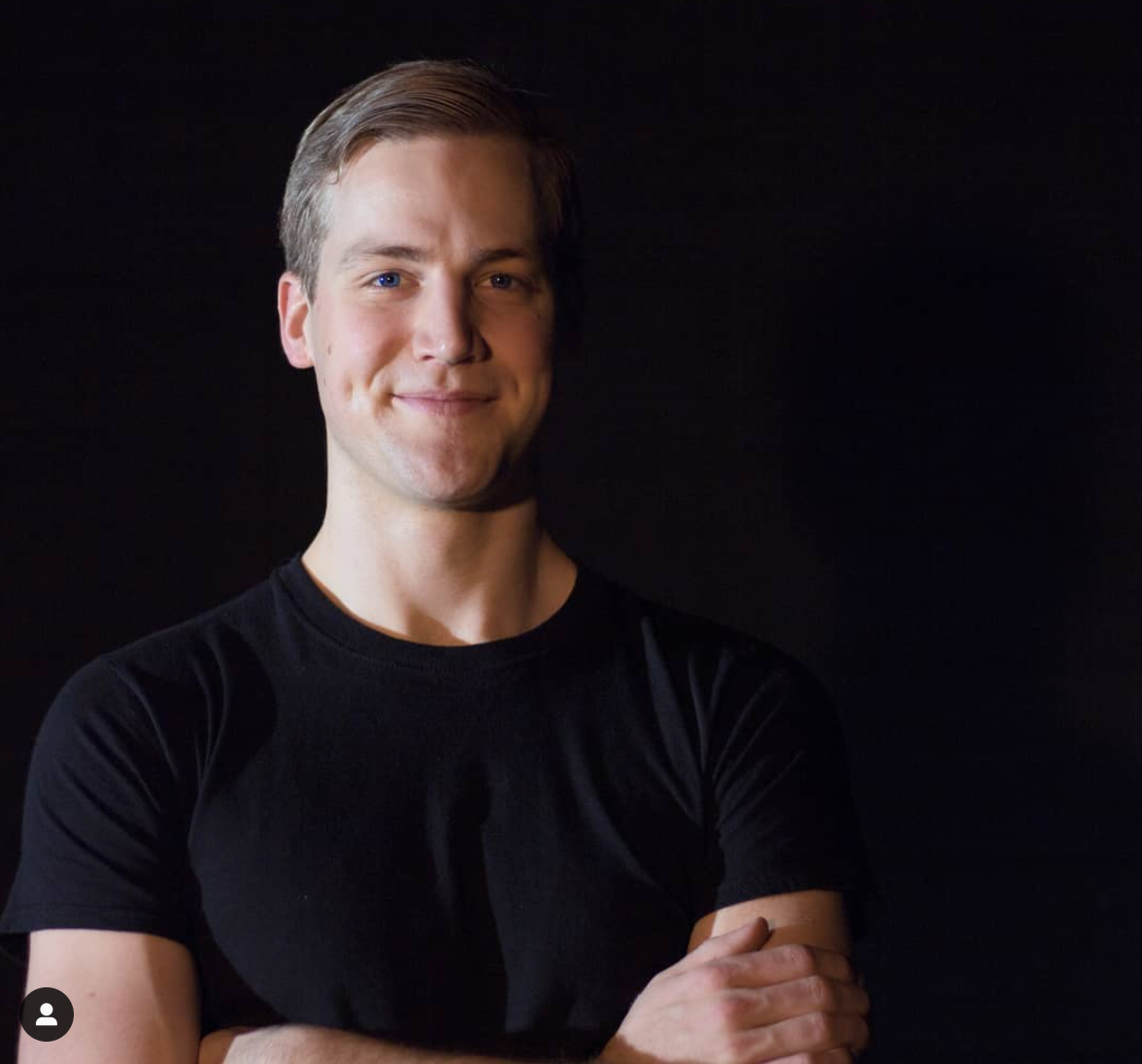 At Butler, Jeremy Gruner found a way to meld his passions together. Photo courtesy of Jeremy Kyle Photo on Instagram.

Who is Jeremy Gruner? It depends on who you ask.

To the Butler dance department, he is a senior pursuing an undergraduate degree in dance. To the university, he is a graduate student pursuing a master’s degree in music composition. When it comes to the collaboration between the worlds of music and dance, Gruner is a jack of all trades.

Gruner graduated Illinois Wesleyan University in 2016 with a bachelor’s degree in music composition and trumpet performance before making the decision to attend Butler University for his post grad career. Butler was his top choice because he wanted to go to a school that had a good music and dance program.

“By my junior year of undergraduate, I had realized that I really enjoyed writing music in collaboration with other artists, such as dance or theater,” Gruner said. “I wanted to go somewhere that would have a high level of musicians and dancers and was pro-collaboration, and Butler was by far the best school in both of those categories for me.”

While Gruner was in the midst of the two-year music master’s program, he found a way to meld his music studies with his interest in dance. For the past four years, Gruner has been unofficially enrolled as an undergraduate in the dance program — something that appears as several extra curricular courses, but will not impact his master’s transcript.

If you ask associate dance professor Susan McGuire about Gruner, she just might use the phrase “absolutely delightful.”

McGuire became acquainted with Gruner after repeatedly seeing him in Lilly Hall. At the time, he was taking non-major dance courses as early as 8 a.m. She took even greater notice after realizing that he was taking one-on-one dance classes on his own time. Shortly after, McGuire encouraged Gruner to audition for Butler Ballet.

“I thought ‘he has absolutely nothing to lose,’” McGuire said. “We were really aware of the fact that he was completely dedicated, and certainly not without talent, so it was a very unusual situation and right away I knew that this was an unusual student. So I encouraged him to audition and he got into the department.”

When Gruner auditioned for Butler Ballet, he never could have anticipated where he would end up today. He initially joined the program as a way to understand the dancing side of music-dance collaboration.

Gruner said it took a bit of time for him to consider dancing professionally as a possibility, and at first, he didn’t think any of the Butler dance faculty members expected him to go into dance.

Butler Ballet is consistently ranked as one of the top collegiate ballet programs in the nation, making auditions for entrance incredibly competitive. Unlike his peers who typically begin dancing as children, Gruner started practicing classical ballet only a few years ago.

“There was some skepticism from other faculty in the department when they heard he was auditioning,” McGuire said. “He was older than the other students and he most certainly had less experience, and I think the [faculty] was afraid he would have a hard time adjusting to the demand for the departments’ training.”

McGuire noted how fast Gruner adjusted and progressed through the program, ultimately gaining the support of everyone within the department.

“He is kind of like a renaissance man,” McGuire said. “He is totally engaging and very bright, and a clearly talented musician and composer. He’s like the perfect package and a wonderful student to have in class.”

Throughout his colorful academic career, Gruner has found several opportunities to blend his passions together. He has composed a variety of pieces, including the music for “Prophetstown” in the 2019 Midwinter Dance Festival.

Last March, Gruner created a dance production from scratch that was entirely set to his own music, which he specifically composed for that performance.

Gruner reached out to Lisa Brooks, dean of Jordan College of the Arts, to help set up his production. He hoped to use Schrott for his individual project — something that Brooks said is typically unusual for student performances.

“He is so inquisitive and engaged in both areas of his life and we have just never had a student like that here before. I really enjoy his curiosity and the way he pushes himself in both of these fields.”

Gruner’s interests do not just end with dance and music. Butler Ballet not only introduced Gruner to the possibility of a professional dance career, but also gave him the opportunity to expand his photography portfolio. He specializes in personal audition photos for dance students.

He explained that a normal photographer would know how to make the photo look good, but may not know how to coach the dancer to meet the expectations of professional dance companies. Even when his dance career is over, Gruner hopes to continue capturing performances through his photos.

“You have to have an understanding of the ballet aesthetic and have an idea of what the dance company is looking for,” Gruner said. “It gives me an upper hand that I have dance experience and training.”

So, what is next for Gruner and his many talents? Like many senior dancers, he has auditioned with several ballet companies in the hopes of joining after graduation. McGuire believes that Gruner has acquired the technique to get into a professional company and, even after four years, still finds out new things about him every day.

“He is a multi-talented guy, but every time I have a conversation with him I learn something new about him,” McGuire said. “I learn about his sensitivity, his curiosity and his compassion. I would just say he is a fascinating guy who is highly motivated, disciplined and just as nice as can be.”