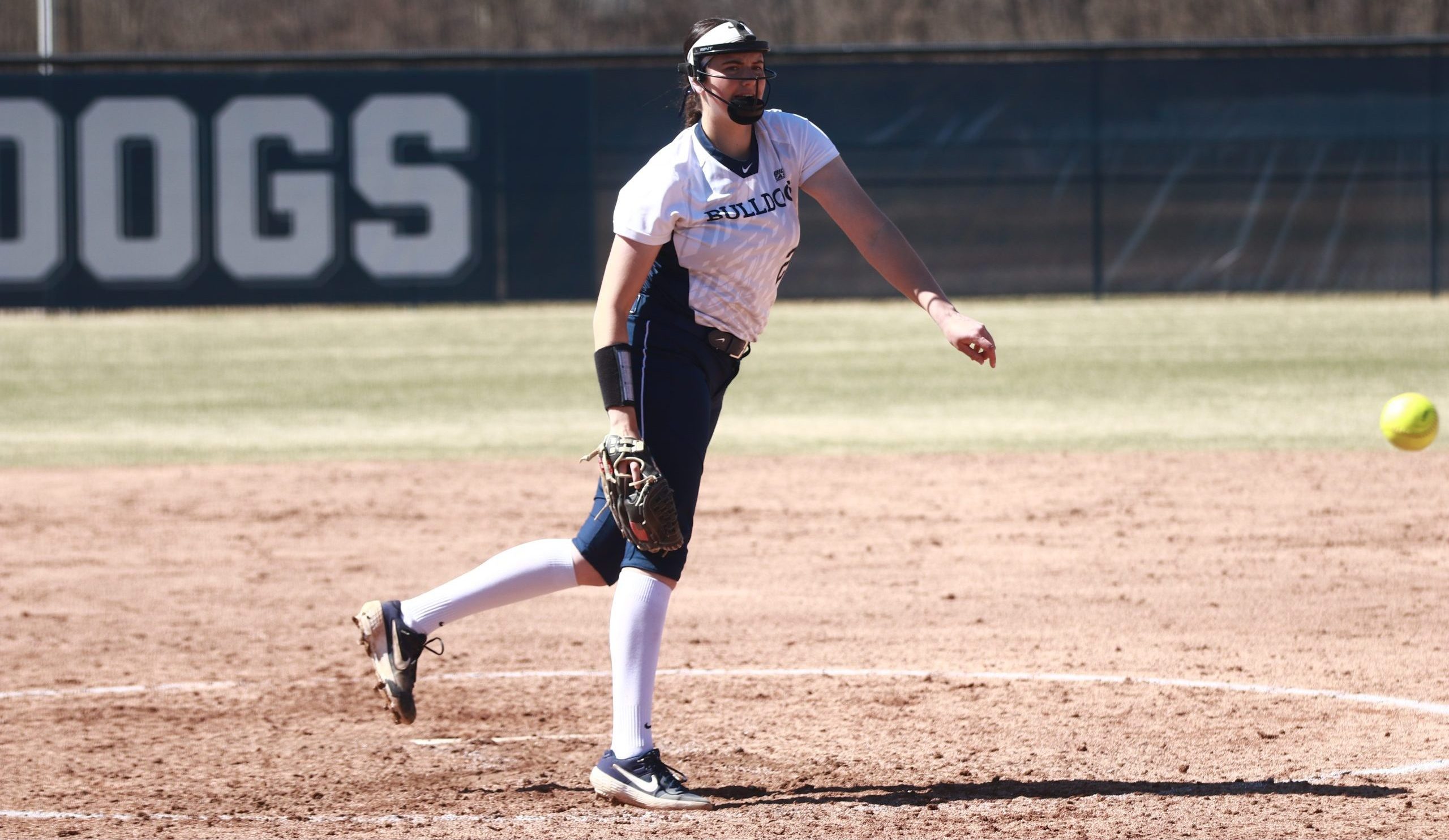 “WTF” is typically a negative acronym that could be used if you are surprised or annoyed by the performance of a sports team. It could be used by a fan, coach or player to describe their frustration with how a season is going.

But “WTF” took on new meaning within the Butler softball program this winter as it went from a negative outcry to the team’s unifying motto in 2020. For the Bulldogs, “WTF” really means “Worst To First,” a moniker implemented by the coaching staff this past offseason.

The program, a perennial contender to make the Big East Championship, won just 16 games last season and finished last in the conference. The Bulldogs stumbled last season despite having one of the best pitchers in the Big East, one of the best young players in the conference and experience still left over from an NCAA tournament appearance in 2016.

“I think we just got used to losing,” sophomore outfielder Lauren Fey said. “It separated us as a team and I think that really showed at times.”

On paper, the odds are stacked against the Bulldogs this year. Big East softball history dates back to 1992 and no team over that span has ever gone from a last-place finish in the standings one year to a conference title in the next.

The Big East coaches aren’t buying Butler this season either. The Bulldogs were picked to finish seventh in the preseason coaches poll. Only Georgetown, who has just one winning season since 2006, was picked lower than Butler in the poll.

“We’re ready to prove to people that we’re not what we put out on the field last year,” junior pitcher Alyssa Graves said. “We don’t deserve last place.”

After just one weekend, the Bulldogs have won a fourth of the games they did in 2019.

Fey, who is coming off an All-Big East freshman campaign where she hit .308 and had 40 hits, has picked up where she left off last season. She had nine hits this past weekend and posted a batting average of .600 across the five games.

Fey makes up one half of a strong middle-infield for the Bulldogs. The other is junior shortstop Maddie Moore, who was also an All-Big East selection last season. She posted a .441 batting average against conference foes in 2019.

The duo led an otherwise dormant offense last year for Butler, whose lack of run-support was a key contributor to the mere 16-win season in 2019. The Bulldogs ranked in the bottom half of the Big East in every important offensive stat category last year. They scored the fewest runs of any team in the conference and their team batting average of .252 was the second worst in the Big East.

Butler’s pitching staff featured one of the better 1-2 punches in the Big East in Graves and sophomore Karli Ricketts, but you couldn’t tell by the duo’s 12-30 combined record in 2019. Graves led the Big East in strikeouts and posted a 3.12 earned run average in 143.2 innings last year. Ricketts pitched to a 3.34 ERA and had over 100 strikeouts in just her freshman campaign last season.

Graves and Ricketts combined for 26 quality outings — 5.0 innings pitched, fewer than three earned runs allowed — in their 55 appearances last year. The two pitchers were handed a loss in 15 of those quality outings, including nine in Big East play, mainly due to Butler’s lack of run support.

Butler’s offense frustrated Graves so much that she urged head coach Scott Hall to let her hit in games so she could help her team. Graves hit .384 and totaled 24 RBI, 35 hits and a pair of home runs during her senior season for East Peoria Community High School in 2017.

“It’s kind of a different mentality because I had to find a way to help my team offensively without actually helping them offensively unlike high school,” Graves said. “I just tried to be as positive as I could last season and help with tendencies and scouting reports of opposing pitchers.”

Hall said hitting power is where Butler’s offense has improved the most from 2019. He’s seen vast improvements from catcher Elyse Babb and first baseman Madi Christiansen.

“We get any of our pitchers some runs and we’re gonna be a handful this year,” Hall said. “So our main focus this winter was taking a deeper dive into the why’s and how’s of how we perform at the plate.”

Though statistics can be deceiving just five games into a season, Butler’s offense has already done something it didn’t do in the entirety of 2019. Butler scored a total of 26 runs in their five games to open the 2020 season — the Bulldogs didn’t score 26 runs over any five-game stretch at any point last season. Butler, led by a pair of home runs from Ricketts, got RBIs from 10 different players last weekend in Illinois.

But the college softball season is not about what you do in your first five games. Butler still has five weeks of play ahead before it opens the most important part of its season — Big East play. The Bulldogs will head to Florida, Virginia and Tennessee before coming home to face Green Bay in their home opener on March 17.

The team’s next action will be from Feb. 14-16 with six games at the Madeira Beach Spring Games in Florida.

Hall feels like the potential is there for the 2020 group. All that’s left is to prove it.

“We’ve got to go from being what I think is one of my most talented teams to being actually good,” Hall said. “We’ve got a lot of potential but we have to prove it on the field.”