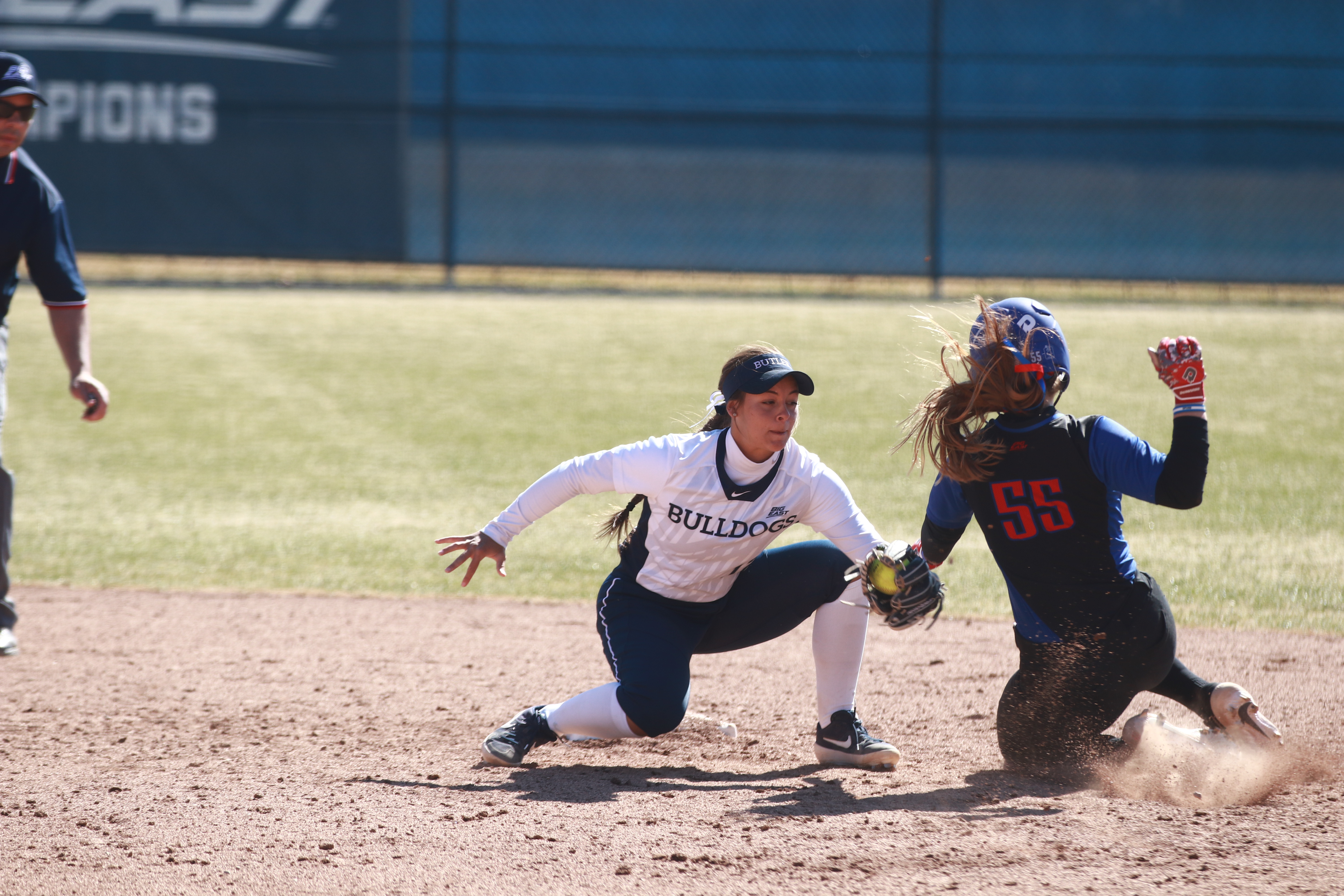 The Butler softball team went 4-2 in Madeira Beach, Florida between Feb. 14 and Feb 16. The  Bulldogs picked up wins over Central Arkansas, Nicholls State, Georgia State and Middle Tennessee to open the weekend. They fell to Akron and Presbyterian on Sunday to move to 8-3 on the year. Here’s what we learned:

Karli Ricketts has transformed herself into Butler’s leader in the power category in the young season. Ricketts has already smashed four home runs over the first two weekends of the season. She hit homers in both of Butler’s wins Feb. 15 including a two-out shot that put Butler ahead of Middle Tennessee 5-3 in the top of the 7th.

Ricketts’ power would be no surprise to anyone who has followed her since she committed to Butler and head coach Scott Hall. She came into college with a strong reputation as a two-way player with a lot of pop in her bat. After all, she hit 29 home runs over her four-year career for Decatur Central High School on the southwest side of Indianapolis. Her power just never fully reared its head during her freshman season with Butler. Ricketts has already surpassed her three home run mark from 2019.

Transitioning her power to Big East play will be key for Ricketts this season. Her three homers last year all came against nonconference foes.

2. A slew of close games

There wasn’t much separation between Butler and its opponents this weekend as five of the six games for Butler were decided by a single run. In all, Butler has played in eight games this season that were decided by one run. It wouldn’t be outlandish to suggest that Butler could be sitting with an 11-0 record right now given that all three of their losses have come by a single run.

The Bulldogs have found ways to make winning plays this year, something they were devout of in 2019. Lauren Fey’s suicide squeeze in the eighth inning gave Butler a 2-1 win over Nicholls State on Friday. Ricketts’ aforementioned 7th-inning homer against Middle Tennessee put Butler ahead for good in that game.

Butler was 6-15 last season in games decided by fewer than two runs. They are 6-3 in those games this season.

3. Keep an eye on Loren Simpson

Freshman Loren Simpson only has 14 at-bats in her Butler career but she has made the most of her opportunities so far. She’s hitting .357 and is tied with Ricketts atop the team with 11 RBI. Her .857 slugging percentage is far beyond anyone else’s on the Butler roster.

Simpson has come up big in key spots for Butler this season given how many close games the Bulldogs have played. She notched crucial RBIs for Butler against Central Arkansas and Middle Tennessee that were needed insurance runs in eventual wins. Last weekend, she hit a double to left field against Loyola that tied the game at 2.

We only have a small sample size with Simpson, but it’s an impressive start to her Butler career, nonetheless, and the best is probably still yet to come.