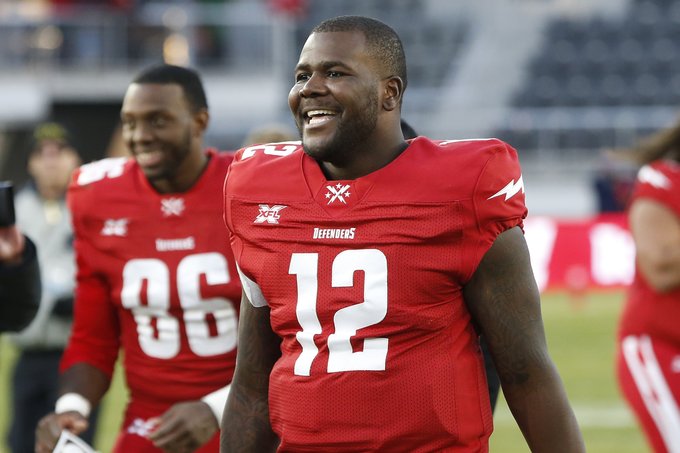 Last weekend, the XFL completed its first week of games in its inaugural season. The league is essentially a reboot of the original American football league of the same name, which produced just one season in 2001. In their lone season, the original XFL cost World Wrestling Entertainment and NBC — co-owners of the ill-fated league at the time — $70 million dollars. Despite this, XFL is back and bankrolled by WWE CEO Vince McMahon, who is ready to put half a billion dollars into the league.

The league consists of eight teams, which will compete in a 10-game regular season between Feb. 8 and April 12, followed by the league’s playoffs and championship game on April 26. Additionally, some of the league’s rules — most notably those for special teams, overtime and the play clock — vary from the NFL’s rulebook, which seems to be a business decision to diversify itself from the NFL and drastically change the pace of the game.

With that said, the first offering from the XFL — just one week after the NFL season’s conclusion –— was a muddled mess, revealing an apparent identity crisis for the league as a whole. By choosing to debut the league one week after Super Bowl LIV, the first weekend of games felt like an avoidable, sensory-overloaded hangover from football.

While football lovers will appreciate having another 12 weeks to watch and follow the sport, the league’s motto — for the love of the game — is contradictory to last weekend’s offered product.

ABC’s airing of the league’s inaugural game between the D.C. Defenders and Seattle Dragons featured extensive commentary on the game’s moneylines, going so far as to display the over/under and favorite to win on the scoreboard graphic. Furthermore, the first week of XFL play pandered to two separate audiences: genuine football enthusiasts and sports betters.

In addition to a considerable amount of sports betting-focused commentary, the TV airings also offered viewers access to the teams’ sidelines in the form of sideline interviews with players and mic’d up head coaches. On paper, this adds an immersive dimension to the product XFL offers, but the result was a disruptive distraction because it created scenarios where the coaches, quarterback and announcers spoke over each other.

On two instances, ABC commentator Greg McElroy told viewers what the playcall meant. Although he was correct on what play it meant, it lacks the suspense of CBS’ Tony Romo calling plays into existence based off of defensive reads he makes from the press box. As for the polarizing sideline interviews, look no further than Seattle Dragons — and former Denver Broncos — lineman Dillon Day’s viral f-bomb during a sideline interview.

It is also worth noting how counterproductive the XFL’s rule changes are. One of the most notable differences between the XFL and NFL’s rulebooks concern kickoffs. In the XFL, return teams line up five yards apart from each other on the return team’s 35 and 30-yard lines, respectively. The kicking tee is placed at the 30-yard line, as opposed to the NFL’s 35-yard line placement.

These rule changes drastically increase the likelihood of big kick returns as opposed to returners settling for a touchback, but it also increases the safety of kickoffs by eliminating the traditional 11-man kamikaze in the NFL.

Despite these efforts to prioritize player safety, hits like this one were prevalent during the league’s first weekend. Despite the polarizing response to the NFL and NCAA rule changes outlawing helmet to helmet contact, these decisions are undeniably necessary when one considers the fates of some CTE-stricken players like Junior Seau and Aaron Hernandez. These big hits may rile up viewers, but at what cost?

Another baffling decision from the league was to have the New York Guardians play their games in MetLife Stadium — the home of two NFL teams with a capacity of 82,500. Feb. 9’s game between the Guardians and the Tampa Bay Vipers had an attendance of 17,634. Despite being painted over by the XFL logo, the NFL logo – which resides at midfield during the New York Jets’ and New York Giants’ games – was still visible during Feb. 9’s game. This, along with the vacancy of the second and third levels, made for an eerie symbol of how far off the XFL is from making NFL commissioner Roger Gooddell break a sweat.

Despite already earning more in ticket sales than the short-lived Alliance of American Football, which filed for Chapter 7 bankruptcy in the middle of their inaugural season last year, the empty seats are apparent during the XFL TV broadcasts. Moreover, this will impact the perceptions viewers have on the league.

The Guardians should follow suit of the D.C. Defenders, who will host their games at Audi Field, a 20,000 seater that hosts Major League Soccer’s D.C. United’s matches. Relocating to Harrison, New Jersey’s, Red Bull Arena, home of the MLS’ New York Red Bulls, is sensible and more appealing for both attendees and TV viewers.

From a skill standpoint, the product the XFL is offering is also a problem. While it was nostalgic to see former college football stars like Ohio State’s Cardale Jones, Auburn’s Sammie Coates and Baylor’s Shawn Oakman back on the gridiron, the league has an apparent shortage of capable receivers. On multiple instances, receivers dropped passes that would get a player cut from their elementary school flag football team. The league collectively threw for a 58.95% pass completion rate over the first weekend of play, which is below the 63.5% league-wide completion rate in the NFL during the 2019-20 season. This will do nothing to push the XFL’s agenda of having a faster gameplay than the NFL if the clock is going to stop anyways because of inadequate receivers.

In sum, the league is still young and far more financially secure than the failed experiment that was the AAF. Calling it a competitor to the NFL is a laughable stretch, but the XFL does not have to compete with the football monopoly to be an enjoyable product. ESPN announced the ABC-broadcasted season opener between the Seattle Dragons and D.C. Defenders had an average viewership of 3.3 million. Sporting events like March Madness, the start of Major League Baseball and the Masters are likely to poke a hole in this baseline.

The sports betting emphasis will likely stick around in order to get casual viewers invested in the league, so the XFL might as well go all in with embracing this dimension of the league. There is not much the league can do for non-sports betters outside of the eight cities teams reside in.

There is also no need to overthink what the games’ broadcasts have to be — do not broadcast play calls and do not oversaturate game coverage with sideline interviews after every big play or mistake.

And for the love of football, Vince, does an XFL jersey really need to cost nearly twice as much as one from the NFL?