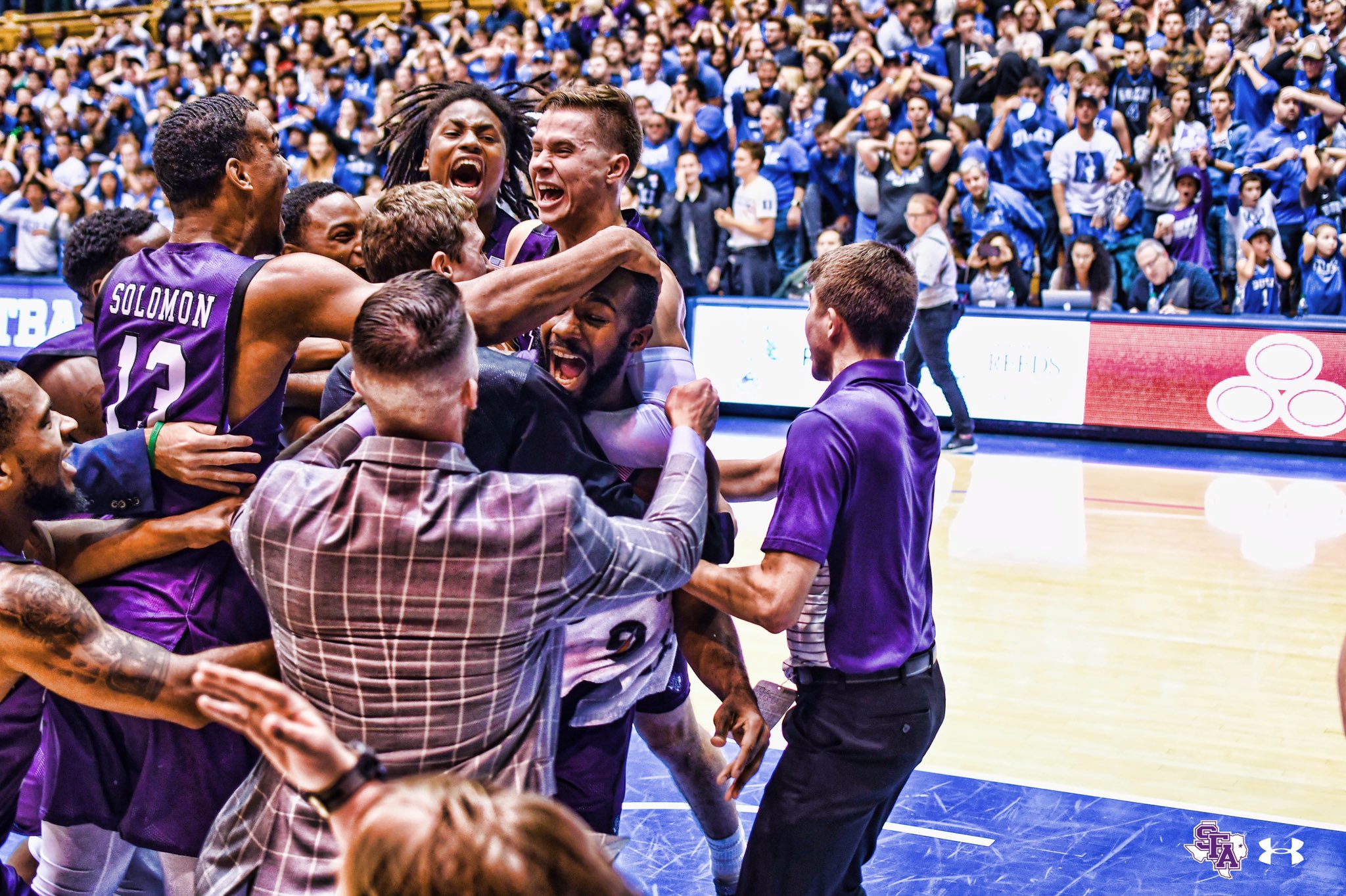 For a large group of sports fans, the best time of year is quickly approaching. With the NFL all wrapped up and NBA some months before its season’s climax, we have a window of time for the most chaotic sport to get some time in the spotlight: college basketball.

In fact, chaotic would be a conservative way to describe this year in college basketball so far. It started early when a small mid-major in Evansville — a team that is 0-14 in the Missouri Valley Conference and down a head coach — went into Rupp Arena and took down the top-ranked Kentucky Wildcats.

That could only be matched by Stephen F. Austin — a team that makes 20 times less in revenue than Duke, according to Sports Marketing Analytics — taking down the No. 1 Blue Devils and their nation-leading home nonconference winning streak.

Michigan State, Louisville, Kansas and Gonzaga have each had short stays atop the rankings in what turned out to be a revolving door as the number one team in the country. Then, in perfect fashion to how unpredictable this season has been, Baylor took the top spot and has gone unscathed in a historically tough Big 12 conference.

In years past, there have been individual teams and players that have captivated attention from both the media and fans. Kentucky in 2015 comes to mind. Recent players such as Oklahoma’s Trae Young and Duke’s Zion Williamson have seemingly made news everytime they sneeze.

Things could not be any more different this year.

That evenness of coverage and attention has been quite refreshing after a season when some felt suffocated by the nonstop coverage of Duke’s one-year run with Zion.

While on the topic of the national player of the year conversation, one key note about this year’s crop is the lack of freshmen on the contender list as is the case in most years. In fact, of the six named above, four are seniors. The lone underclassman, Obi Toppin of Dayton, is the only of the bunch to appear in the first round of the latest edition of Bleacher Report’s Jonathan Wasserman’s 2020 NBA Mock Draft.

In recent years, there has been an idea creeping around college basketball that the main draw of the sport is to get to know the NBA’s next stars before they take stardom. It is a sort of meet-and-greet so they can have a reputation and brand heading into their rookie year, making millions of dollars for their organization the minute the commissioner announces their name.

This season in college basketball may be bucking that trend for good.

Sooner or later, the NBA will redact its one-and-done rule for amateurs, which forces them into a season of college basketball before they go pro. Although, we’ve already seen high school phenoms like LaMelo Ball and James Wiseman head overseas or drop out of school entirely to get ready for their professional career. In fact, eight out of Wasserman’s top 11 selected in his mock draft will likely not play in the NCAA Tournament.

Once that rule is amended, college basketball will look a lot like this season: parity-stricken and headlined by seniors who have developed from under-recruited players to bona fide stars under the guidance and support of their coach, staff and university.

After all, isn’t that what college basketball is meant to be? The rise of the NBA has turned the sport into a necessary gateway for the NBA’s next superstars. Why do the two leagues have to be so interconnected?

With the absence of elite players out of high school, emphasis will be put back on the four-year players, the coaches, the programs and the fans to succeed.

And as soon as college basketball clears up scandals like paying elite prospects to play for their school, the sooner fans will get the pure, old school programs that Bob Knight, Gene Keady and Brad Stevens vouched for — programs that don’t take shortcuts and develop over their four years as basketball players. Then, they can graduate confidently as better basketball players, husbands, fathers, sons, brothers and friends.

So, enjoy this March’s Madness. It may be one that true fans of college basketball can get used to seeing. And it’s good for the game.