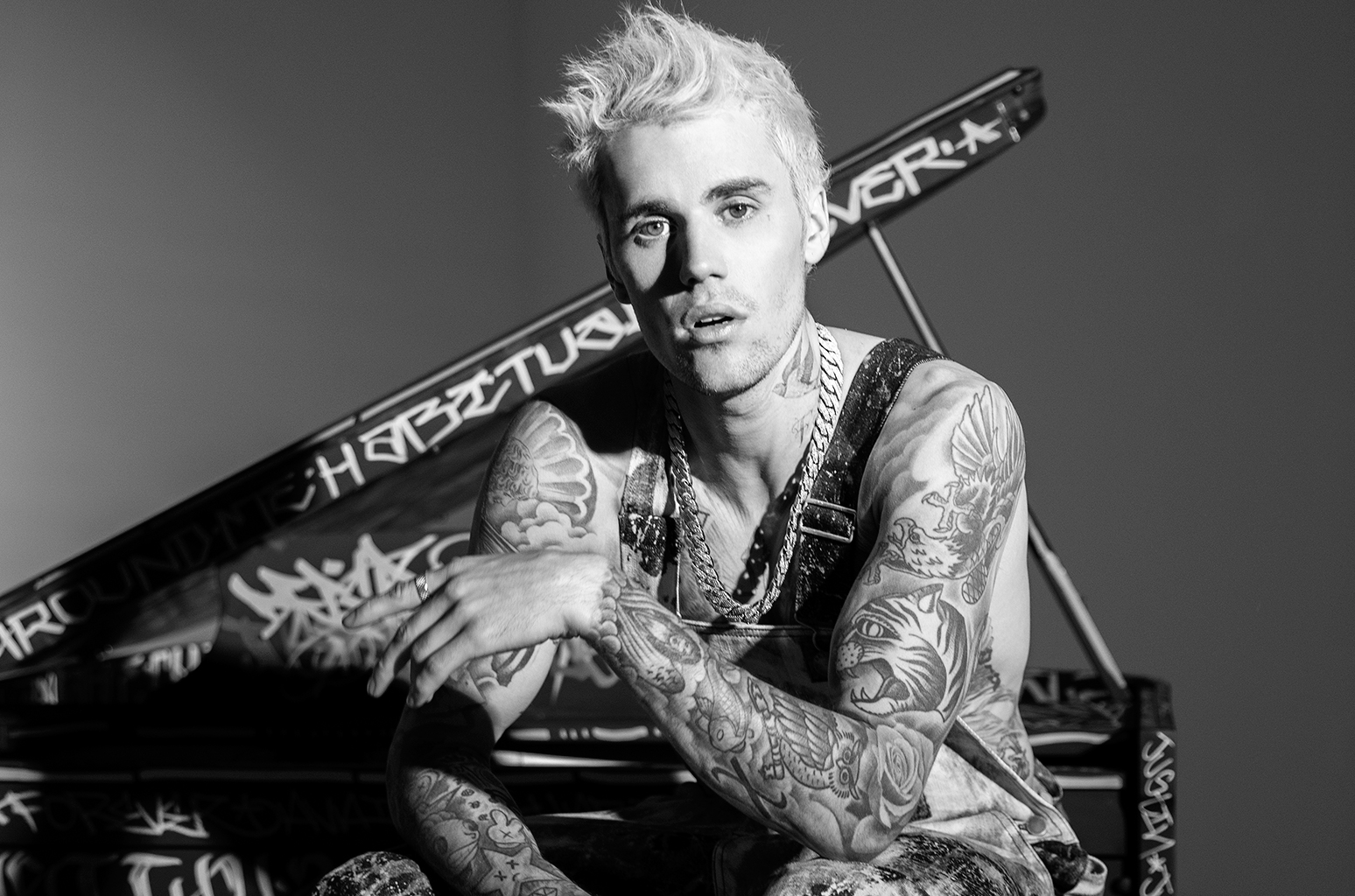 Yes, you read that headline correctly. This is indeed an article about Justin Bieber. You may be asking yourself, but why now? Well, Bieber released his first album since 2015, titled “Changes.” And generation Z, Bieber’s biggest audience, has mixed reactions to this attempted revival to relevancy.

We all remember it — the Tiger Beat magazines enticing consumers with collectable Justin Bieber posters, the intensely floral and fruity Someday perfume, the release of the 3-D film “Never Say Never” — whether or not you liked Bieber you were surrounded by him. Despite the pervasive nature of the Bieber era, it’s actually quite difficult to locate a Belieber nowadays.

When Bieber slid into the spotlight in 2009 with the release of his album “My World,” it had a sudden and almost unprecedented impact on the teen pop music market. 2010, when most college students now were around nine to 13 years old, was the year that Bieber truly found his foothold in fame. He continued his first album with the release of “My World 2.0,” was named Best New Artist by the MTV Video Music Awards, took away four honors from the American Music Awards and was nominated for Best New Artist at the Grammy Awards.

Bieber rode this success into the early 2010s, when he released the song “Never Say Never” and the holiday album “Under the Mistletoe” in 2011. In 2012, Bieber released his third studio album, “Believe,” which sold over 374,000 albums in its first week.

Alice Moore, a senior biology major, has been a fan of Bieber’s since the beginning.

“I currently have over 50 posters still hanging in my bedroom back home, so much so that my grandmother refuses to stay in my bedroom because the posters gave her nightmares one time,” Moore said. “I have shirts from all the concerts, I have a toothbrush, I have a pillowcase, I have everything — anything to support him.”

“When his second album came out, ‘My World 2.0,’ I was like oh okay this kinda slaps,” Peters said. “I loved Justin Bieber; I went to two of his concerts, he had his perfume that I got, his books that I got, and if there was a magazine with Justin Bieber was on then I would buy it.”

For some Gen Z’ers, the craze was not about Bieber’s music, but his style. This is the case with senior sports media major, Sam Weiderhaft.

“When the Bieber hair was really famous, I was in sixth grade, and I kinda started following his hair trend,” Weiderhaft said. “So I had the full-on swoosh thing that he had — I was a big fan of that and got made fun of for how much I flipped my hair in class. And then he got his hair cut, and at the same time I got my hair cut, too, and I asked for the same exact style that he got. As far as his hair goes, yes I was a big fan of his.”

2013 was a polarizing and troubling year for Bieber. In March, he lashed out at paparazzi — not for the first or last time — and arrived two hours late to a show in London. The year consisted of questionable behavior — remember that one time Bieber visited the Anne Frank Museum and wrote in the guest book that “Hopefully she would have been a Belieber”?

But things really heated up when Bieber was sentenced to two year’s probation for throwing eggs at his neighbor’s house in January 2014. Just nine days following this incident Bieber was arrested on suspicion of DUI while drag racing, leading to the infamous orange jumpsuit mugshot after he pleaded guilty to careless driving and resisting arrest. More recently, Bieber has faced accusations of striking fans and paparazzi, in 2016 and 2017 respectively.

Of course, this behavior led to a wave of shock and sympathy from loyal fans, but a torrent of hatred from those who disliked Bieber. In fact, resentment for the singer grew so strong that a petition began to deport Bieber in April 2014. It eventually grew to over 273,000 signatures — only 100,000 signatures within 30 days are needed to elicit an executive response — but the White House made no action.

While many fans were upset at this time in Bieber’s life, some, like Moore, did not waver in their commitment.

“I was disappointed in the character that he was, but it never deterred me from being a fan,” Moore said. “If you’re a fan of someone you accept them good and bad; everyone has their bad days, and he may have had a bad couple of years, but I’m still a fan and I still like his music.”

In 2015, Bieber rose from the ashes for a little bit with the release of the album “Purpose” where his single “What Do You Mean?” debuted at the top of Billboard’s Hot 100. This album reinvigorated new and old fans of Bieber.

Eshaan Lothe, a junior healthcare and business major, also makes music, and has found Bieber to be a big inspiration.

“I’ve always liked his music, but I didn’t listen to him as much until his ‘Purpose’ album came out — that’s when his music really connected with me,” Lothe said. “I like the thoughts and personality he puts into his music.”

Following the commercial success of the album — it sold over $1.2 million copies in the U.S. — Bieber did not release another album for five years.

Then, to the delight of Beliebers everywhere, Bieber vaguely announced a new single, new album, new tour and new docu-series on his Instagram in late December. “Yummy” was released on Jan. 3, and fans were given another treat with the Jan. 27 premiere of the YouTube series “Jusin Bieber: Seasons”.

The 10-part series follows Bieber’s life during the past four years, showing his battle with addiction and mental illness, along with his marriage to Hailey Baldwin and behind-the-scenes looks at his new album. “Changes” — the actual album — dropped on Friday.

So far the album has received mixed reviews; most critics agree that the album is a quintessential love letter to Bieber’s marriage to Baldwin, and while his vocals may be immaculate, the songs themselves feel quite repetitive.

Variety reported that, “His voice and the production are flawless, and his soul is in the right place — but there’s something airless about the album, too, like he could have left the window open a crack to let some sunshine in.”

Similarly, and perhaps more viciously, Insider stated, “It looks like the only change he really made was that he got vastly more boring — and has yet to prove he can pull off another ‘Sorry’-level hit.”

Current and past Beliebers listened to the album with the same sort of mixed reaction.

“I was hoping it would be good — I was actually excited for it — but all the songs in my opinion just sound the same,” Peters said. “And I think the writing on them is poor. I think people will be into it, but if I’m being honest it sounds just like his last two albums which didn’t do super great.”

Moore believed the album is still worth a listen, regardless of the change in style.

“I enjoyed the album; his music that he’s going towards isn’t my kind of style but I really enjoyed all the songs I’ve listened to,” Moore said. “I think everyone should give it a listen, it’s a great album, even if you don’t like him maybe you’ll like this stuff because it’s very different from the original stuff he came out with.”

So, will Bieber regain the same stamina of success that he had in the early 2010s? It’s hard to say. Some fans, like Lothe, believe that Bieber can maintain his original fandom and spread his fan base with the creation of new types of music.

Peters believes that while Bieber’s music may still find its market, he will never again enjoy the fame he once had.

“I just feel like his team is trying to make him as big as he once was; I was looking at his tour dates and he’s playing Ohio Stadium, and they can hold like over one-hundred thousand people and I just don’t think that many people will go to see Justin Bieber anymore.”

Bieber’s future career journey and attempted rise to relevancy is something that fans must simply wait around and see.

“I’m sad I will never be Mrs. Bieber but that’s like one of those things that’s always a long lost dream,” Moore said. “I hope Hailey is the one and they are happy, and I never see him in another orange jumpsuit again.”