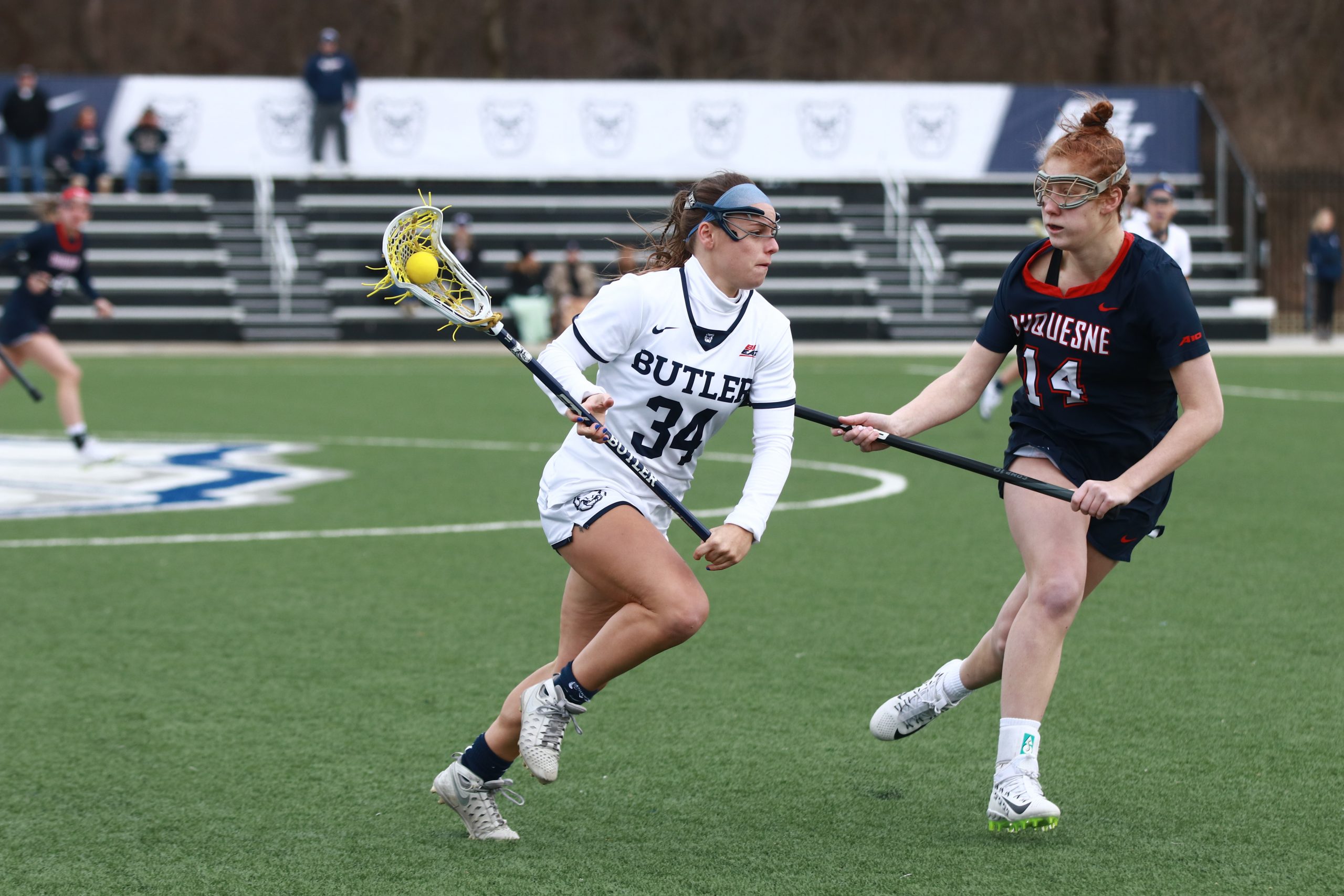 The Butler women’s lacrosse team is ready to make a name for themselves in their Spring 2020 season. The Bulldogs, who have won five of their 51 games since the program’s start in 2017, have been making adjustments to be able to compete with their opponents in both nonconference and conference play.

Senior midfielder Ashley Lizzi said she believes this team has what it takes to improve their record and go on a run this season. One of Lizzi’s goals this season is to finish .500 or above. In her last four years at Butler, she has won a total of five games, three of those being last year.

“We know we could have won more, but that’s last year,” Lizzi said. “So this year we’re focusing on now. Based off of the schedule, there’s no reason that we can’t win seven to eight games before conference play.”

Compared to last year, the team has been preparing both on and off of the field to ensure that practices run more efficiently. For example, the team’s non-practice schedule includes individual meetings with their positional coaches, working on offense and defense, or breaking down film.

“Our practices have been picking up in intensity and we are really just preparing to make sure that what we’re doing on the field for practice represents and will translate into a game,” Lizzi said.

Lizzi and other midfielders on the draw team meet outside of practice to individually work on draws and communication with one another. During games, whoever wins the draw gains possession first and can control the pace of the game and have more opportunities to score.

Head coach Cecil Pilson said he recognizes the team’s need to capitalize on draw controls after last year having a total of 154, while opposing teams had 248.

“We have really focused on the hustle stats, less on the goals and the assists, but more on draw controls, caused turnovers and ground balls,” Pilson said. “We have more of a draw team put in place this year with several players who are great at getting the ball down on offense.”

Last year the team also trailed in shots by period, with Butler taking 320 total shots and opposing teams taking 563. Pilson said he believes the new offense should translate into shots on goal.

“The team this year seems to be more open-minded to the offensive structure that we’ve put in, which is a much faster moving ball offense,” Pilson said. “So we’re pretty excited to institute that this year and really just excited across the board. We expect to see our statistics change.”

Pilson expressed excitement for this year’s senior class. Because lacrosse was only added to Butler as a Division I sport in 2017, this year is the first year that a recruiting class has made it through all four years of the program.

Three seniors who Pilson believes will be players to watch are Sydney Pattison on attack, Mary Davide on defense and Lizzi in the midfield as both a strong offensive and defensive threat.

Additionally, Pilson credits several juniors and sophomores who he thinks will be great role players this season. Last year, some key players were out because of injuries at the beginning and midway through the season.

The team has set goals to ensure success this season, one being to step up in conference play.

Pattison said she’s ready for Butler to make its mark in the Big East.

“This year, one of our biggest goals is making a Big East tournament,” Pattison said. “We know it’s going to take a lot of improvement from last year, but we know what we have to do to make it happen.”

Pattison understands the team must work hard to achieve these goals.

“We have to put up bigger numbers every game,” she said. “We need to make sure we’re all holding each other accountable to do that.”

The women’s lacrosse team will face Hanover College on Feb. 16 at 1 p.m. at Varsity Field to open its season. The Bulldogs will begin conference play against Villanova on April 11.

“We’re really excited to open our season next week against Hanover,” Pilson said. “It’ll give us the opportunity to put everything that we’ve worked on so hard for the past several weeks to [the] test.”