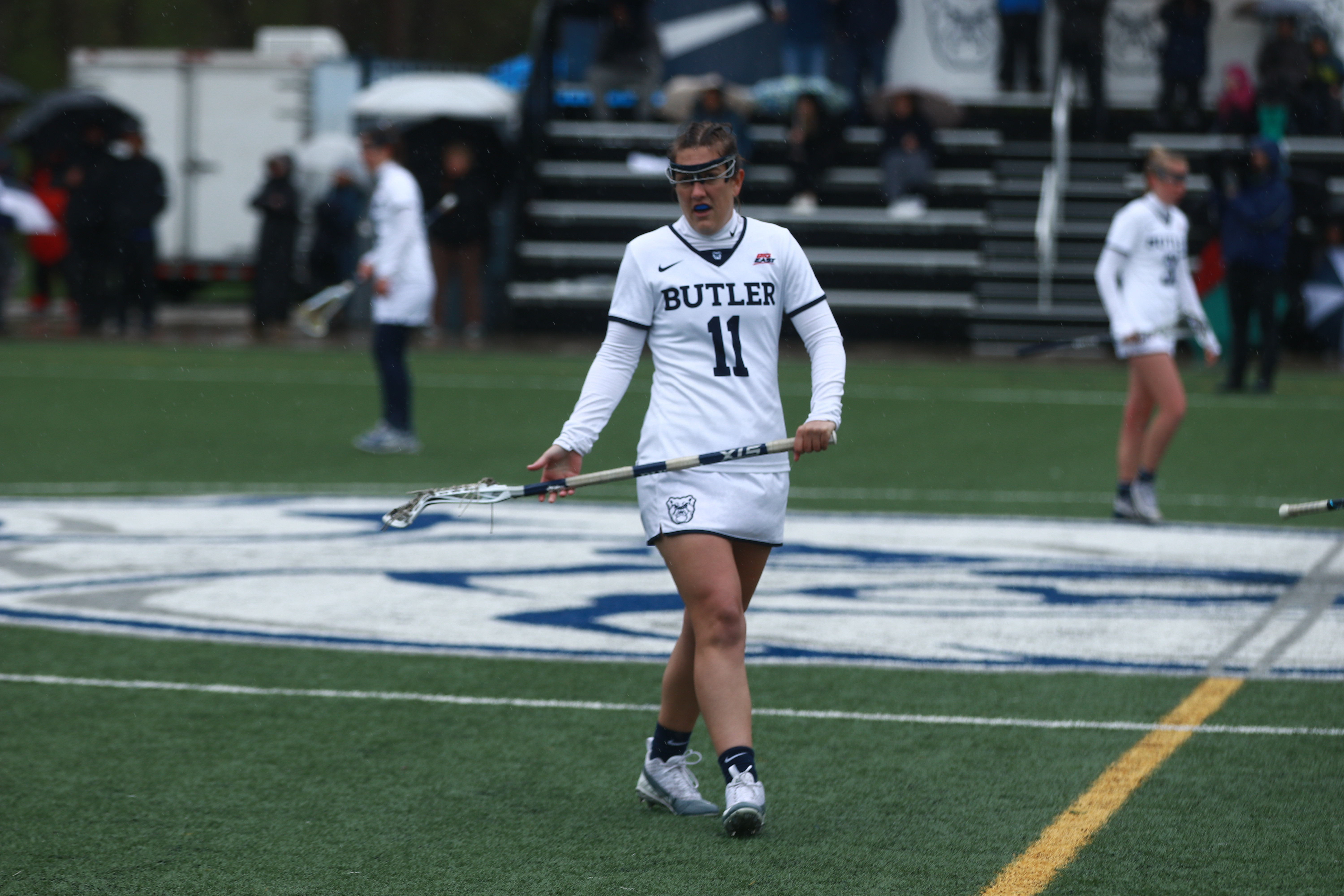 The men’s golf team finished ninth in a 17-team field at the Orange County Collegiate Classic in Coto de Caza, California.  The Bulldogs rallied on the tournament’s final day, leaping up from 14th in the standings. The team finished with a score of 913 (+49) and senior Patrick Allgeier shot a 222 (+6) and tied for ninth individually.

The women’s golf team finished 14th in the Florida Atlantic Winter Warm-Up in Boca Raton, Florida. The team posted a score of 960 (+96) for the tournament and junior Katelyn Le was the top performer for the Bulldogs with a score of 226 (+10) which put her in a tie for 23rd.

The men’s basketball team picked up a win and a loss in a pair of home games this week.  On Feb. 12, the Bulldogs defeated rival Xavier 66-61. Senior Sean McDermott was the leading scorer for the Bulldogs with 14 points.  The bench was an important factor for Butler. Junior Jordan Tucker added 10 points and senior Henry Baddley added 9, both off the bench.

Then, on Feb. 15, the Bulldogs lost to Georgetown 73-66.  The Bulldogs were short-handed, playing without junior guard Aaron Thompson and graduate transfer center Derrik Smits, who both suffered injuries in the Xavier game.  Butler struggled to score down the stretch and gave up a 10-point Georgetown run in the final minutes. Senior Kamar Baldwin led the team with 17 points and Tucker added 16 points. Butler’s next game will be Feb. 19 at Seton Hall.

For the men, junior Chandler McGaha finished eighth and moved up to tenth all-time in Butler indoor history in the 800-meters.  Freshmen Nick Doud and Jacob McKenna both recorded personal best times in 3,000 meters. The teams will be in action again on Feb. 22 in the Alex Wilson Invitational in South Bend.

The baseball team opened its season with three wins this week.  On Feb. 15, the Bulldogs defeated North Carolina A&T 4-2 in their season opener.  Junior outfielder Nick Ortega led the way with a pair of hits, a run, and an RBI. Senior pitcher Jack Pilcher earned the save.

The weekend continued for Butler with a win over George Mason, and then another win over North Carolina A&T in a doubleheader.  The bats were hot for Butler against George Mason. The Bulldogs won 15-8 and scored in all but the first inning.

In the second game of the day, junior pitcher Jack Myers dominated.  Myers pitched seven shutout innings and recorded 14 strikeouts in the win.  Another game against George Mason was scheduled for Feb. 16, but was cancelled due to rain.  The Bulldogs will be in action again on Feb. 21 against Marshall in Wilmington, North Carolina.

The softball team had a busy weekend, playing six games as part of the Madeira Beach Spring Games.  The team started hot, winning the first four, before losing the last two. On Feb. 14, the Bulldogs defeated Central Arkansas and then won against Nicholls State.  On Feb. 15, Butler kept the win streak with wins over Georgia State and Middle Tennessee State. Then, on Feb. 16, the Bulldogs lost to Akron and Presbyterian. After the weekend’s games, the team’s record sits at 8-3.  They will be in action again on Feb. 28 as part of the Liberty Softball Classic.

The women’s basketball team suffered a pair of road losses this week.  On Feb. 14, the Bulldogs lost to No. 13 DePaul 89-60. In the loss, senior guard Kristen Spolyar recorded a double-double with 13 points and 10 rebounds.  Senior Katherine Strong also added a season-high 15 points.

On Feb. 16, Butler lost to Marquette 76-54.  The Bulldogs started slow and were outscored by the Golden Eagles 25-9 in the first quarter.  Butler was never able to get out of that hole and trailed for the remainder of the game. Spolyar and Strong led the team once again, scoring 16 and 14 points respectively.  The Bulldogs will host Providence on Feb. 21.

The men’s tennis team played three games over the weekend.  On Feb. 15, the Bulldogs won their conference opener over Georgetown 4-3. The match came down to the final flight which was won by sophomore Ryan Roegner.  Later that day, the team traveled to play at Purdue. The Bulldogs lost to the Boilermakers 1-4. Sophomore Drew Michael secured Butler’s only win of the match.

Then, on Feb. 16, the Bulldogs defeated Wright State 5-2.  After dropping the doubles point, the Bulldogs dominated singles, winning all but one flight.  The team will have a pair of matches next week, starting with IUPUI at home on Feb. 16.

The women’s lacrosse team opened their season in dominant fashion on Feb. 16, defeating Hanover College 22-0.  The win served as Butler’s first shutout and the first win in a season opener in the program’s history. Sixteen different Bulldogs scored and sophomores Lindsey Schreiber and Gabryelle Bodine scored hat tricks. The team’s next game will be against Detroit Mercy on Feb. 20.