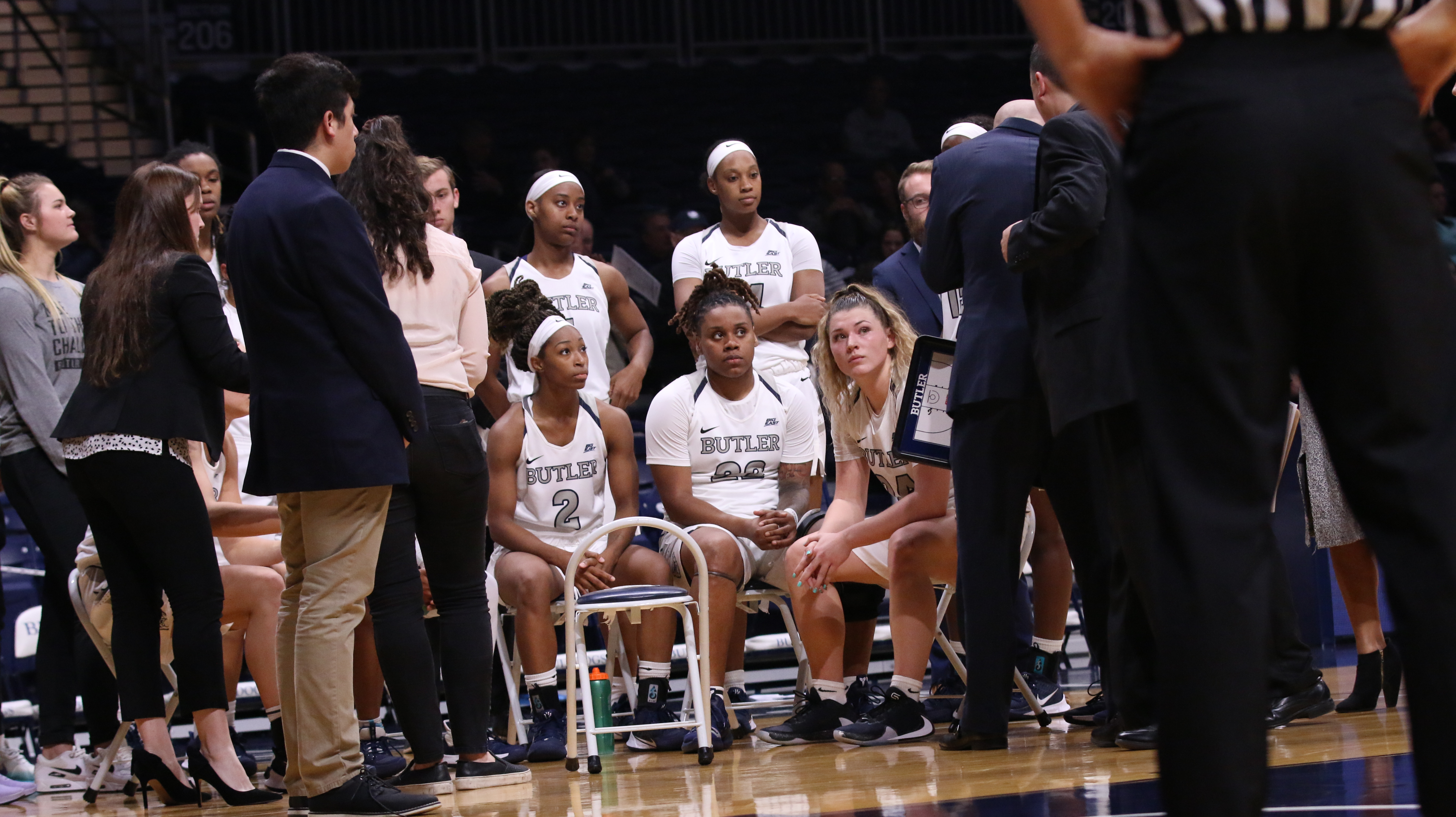 The Butler women’s basketball team during a timeout against IUPUI. The Bulldogs take on Akron on Dec. 8 inside Hinkle Fieldhouse. Photo by Xan Korman / Butler Collegian.

Men’s basketball will play their first true road game after winning the Hall of Fame Classic in Missouri over Thanksgiving break. The Bulldogs are having a fantastic start to the season as they are now 7-0 going into the game at Ole Miss. Ole Miss is 5-2 coming off a 37-78 loss against Oklahoma State in the NIT Tip-Off. Butler beat Ole Miss last season 83-76. The game will be on the SEC Network and will tip-off at 7:00 p.m.

Men’s and women’s track at Blue and Gold Invitational

Men’s and women’s track teams will kick off their season at the Blue and Gold Invitational. It will take place in South Bend, Indiana as it is hosted by Notre Dame. The event will begin at 4:00 pm.

Men’s basketball will return home as they host Florida at Hinkle Fieldhouse. Florida is on a four-game win streak and 6-2 overall. Butler and Florida faced off twice last season at the Battle 4 Atlantis and in a non-conference matchup. Butler won the first game 61-54 and then lost to them 43-77 later in the season in Gainesville. The game will be on FOX and will start at 12:00 p.m.

The women’s basketball team is 5-2 after losing to Georgia and beating the Ohio Bobcats in the Daytona tournament over the break. The Bulldogs will return to Hinkle Fieldhouse and host Akron. Akron is 4-2 so far this season but will take on Duquesne before traveling to Indianapolis. The Bulldogs faced the Zips last season at Akron and beat them 63-47. Tip-off will be at 2:00 p.m. and will be available to watch on YouTube.