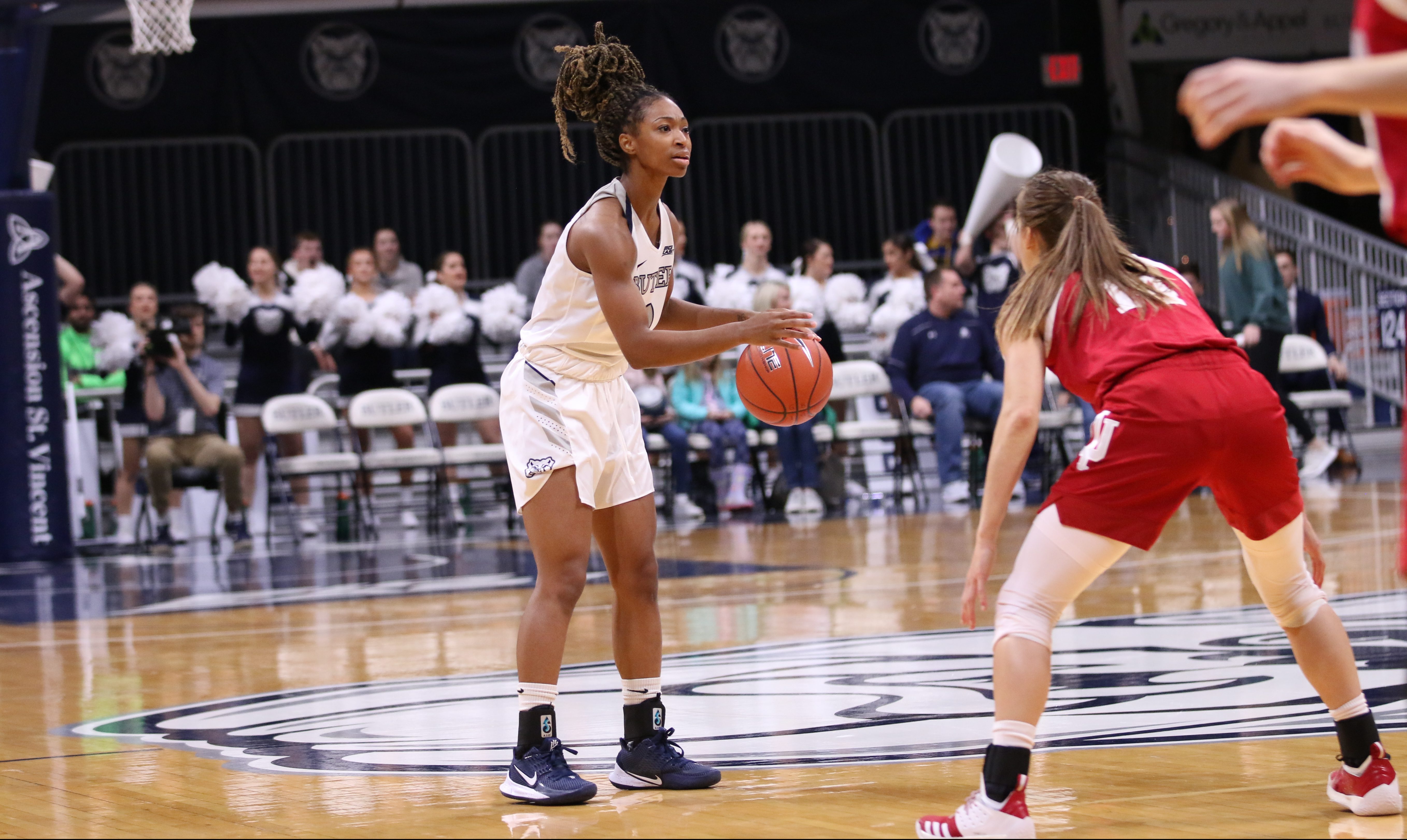 Genesis Parker looks for an open move against Indiana on Dec. 11. Parker scored 14 points as the Bulldogs fell 64-53. Photo by Xan Korman.

The Butler women’s basketball team lost to Indiana 53-64 at Hinkle Fieldhouse on Dec. 11. The second quarter saw the Bulldogs lose 15-2. Butler dropped to 6-3, while Indiana improved to 9-1.

Three Bulldogs reached double digits, but only one shot 50% or better. Kristen Spolyar led Butler with 15 points, shooting 5-of-15 from the field. Genesis Parker scored 14 points on 3-of-11 shooting. Together, they shot 11-of-11 from the free-throw line. In total, Butler shot 15-of-16 from the line.

Butler also had a season-low five assists. Though they didn’t struggle to handle the ball — limiting their turnover count to 15 to Indiana’s 21 — making extra passes is an essential source of offense. How they remedy that issue remains an interesting topic, especially with the lack of true point guards on the roster. Genesis Parker led the team with three assists.