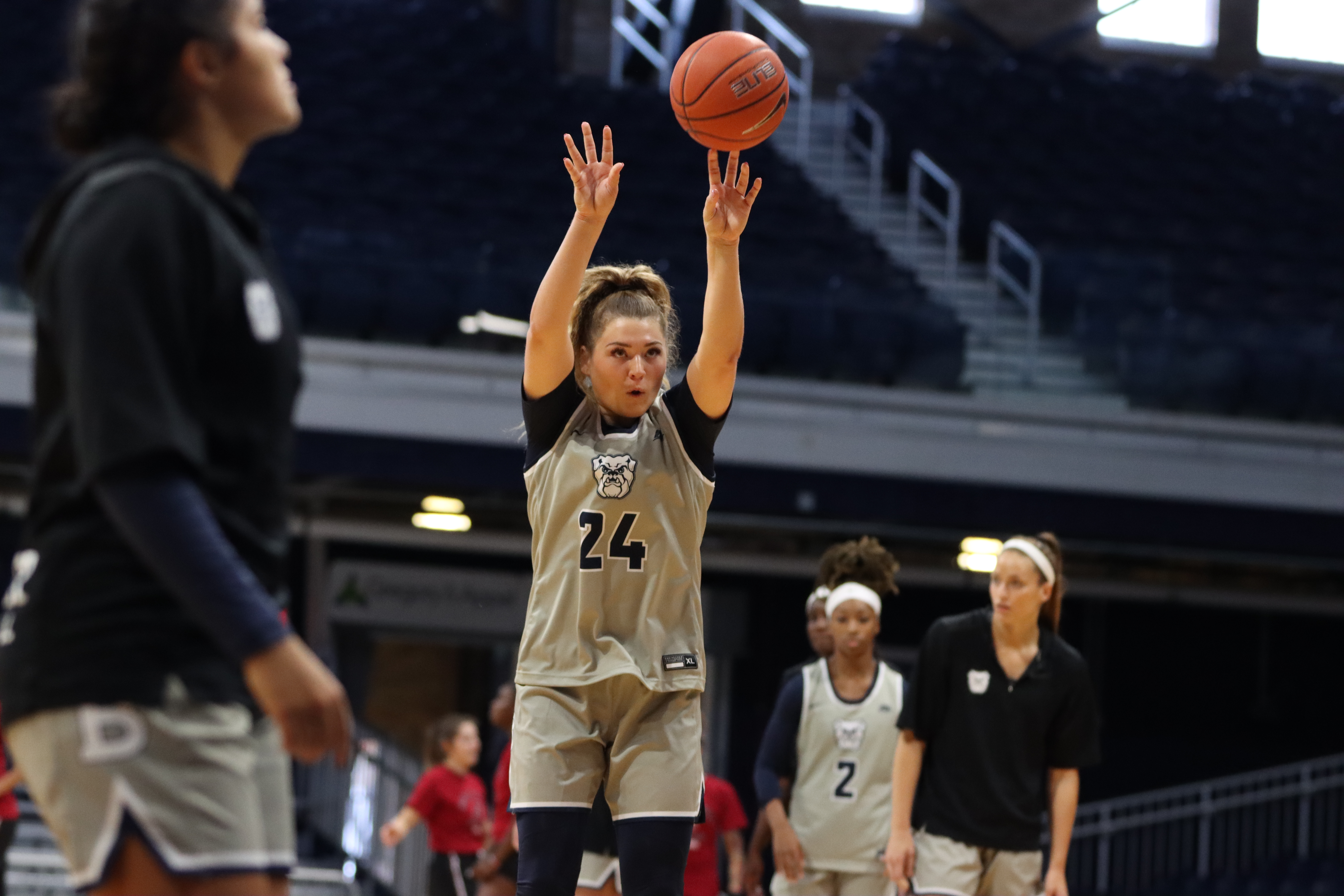 Kristen Spolyar takes a shot during warmups prior to a game this season. The senior scored 17 points in the Bulldogs’ loss to Seton Hall on Dec. 29. Chandler Hart / Collegian file photo.

From halftime until nearly the end of the third quarter, Butler went on a 20-12 run. To end the third quarter, Alexis Lewis banked in a 3-point shot, cutting Butler’s lead to 54-43. In the fourth quarter, the Bulldogs conceded an 18-6 run. Seton Hall gained a lead for the first time at the 1:12 mark in the quarter.

Seton Hall’s late-game surge was fueled by three players. Alexis Lewis and Barbara Johnson both scored eight points and Shadeen Samuels scored five points in the fourth quarter. Lewis banked in a 3-pointer at the third-quarter buzzer. Samuels tied the game 60-60 at the 2:42 mark and sealed the game 67-62 with three seconds remaining. In the fourth quarter, Seton Hall shot 47%, while Butler shot 27%.

The starters struggled to shoot, with Oumou Toure, Genesis Parker, and Upe Atosu shooting a combined 4-of-18 from the field. After making her first two baskets, Kristen Spolyar shot 3-of-10 from the field. Still, she led the team in free-throw makes (six), rebounds (11) and assists (five).

Seton Hall shot 11-of-31 from deep, while Butler shot 2-of-15. Seton Hall had 11 turnovers to Butler’s 20. Seton Hall capitalized, scoring 24 points off turnovers. Seton Hall narrowly edged Butler in the rebounding category — 38 to 36 — but since they grabbed 11 more offensive rebounds, the Pioneers scored 19 second-chance points to Butler’s two.

Butler is back at Hinkle on Dec. 31 against St. John’s at 4 p.m. as they try to get their first win in Big East play.