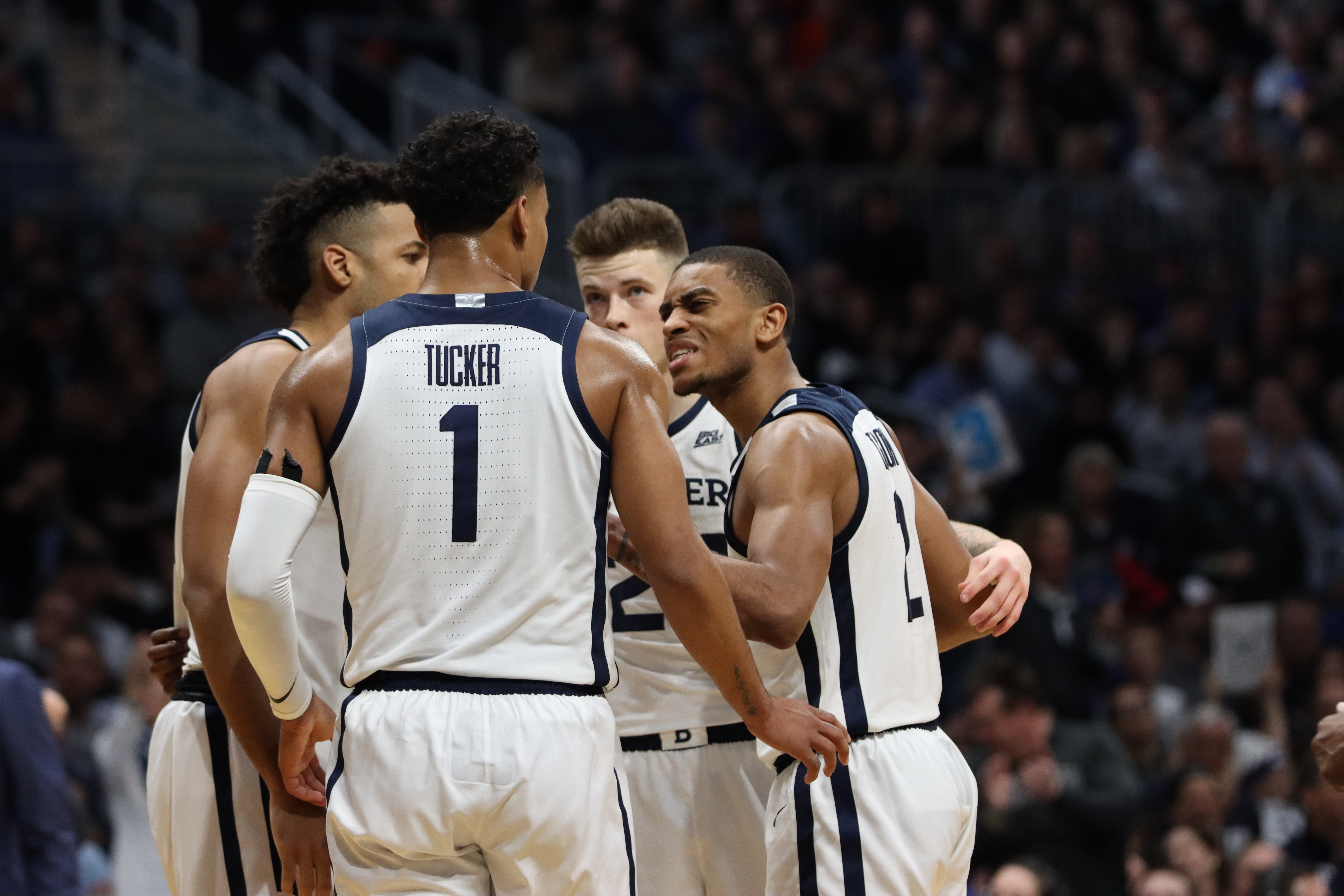 Aaron Thompson talks to his teammates during a game against Florida on Dec. 7. Butler defeated Florida 76-62. Photo by Chandler Hart / Collegian file photo.

In its first week ranked in the top 25 this season, the men’s basketball teams stayed undefeated with a pair of impressive wins.  On Dec. 3, the Bulldogs defeated Ole Miss on the road 67-58. Butler jumped out to a lead early and held it until the end. Senior Kamar Baldwin was nearly unstoppable, posting 31 points on 11-of-16 shooting.

Then on Dec. 7, Butler defeated Florida 76-62 in front of a sold-out crowd of 9,303 at Hinkle Fieldhouse.  The Bulldogs were strong on defense all afternoon, holding the Gators to only 6-of-26 from three. In a complete team performance, sophomore Aaron Thompson and senior Sean McDermott each had 16 points, and Thompson added seven assists.  Baldwin had 12 points and junior Jordan Tucker added 13 points off the bench. Up next for the Bulldogs is a road matchup against No. 18 Baylor.

On Dec. 8, the women’s basketball team defeated Akron at home 76-55.  The Bulldogs dominated from start to finish in this one, and improved their record to 6-2 on the season.  Senior Kristen Spolyar led the way with 17 points and 11 rebounds. The Bulldogs will continue their season on Dec. 11, with a big home matchup against Indiana.

Both the men’s and women’s track and field teams opened their season at the Blue and Gold Invitational in South Bend.  For the men, redshirt sophomore Barry Keane won the 3,000-meter with a Division I-leading time of 8:05.42. Simon Bedard finished second in the same event.  Junior Jacob Uhl finished third in the 200-meter with a new personal record, and moved into fourth on Butler’s all-time indoor track and field list.

On the women’s side, the Bulldogs won two of the three first-place finishes at the meet.  Junior Lily Hess won the 200-meter with a time of 25.42. Freshman Katherine Olsen won the 3,000 meter in her Butler debut.