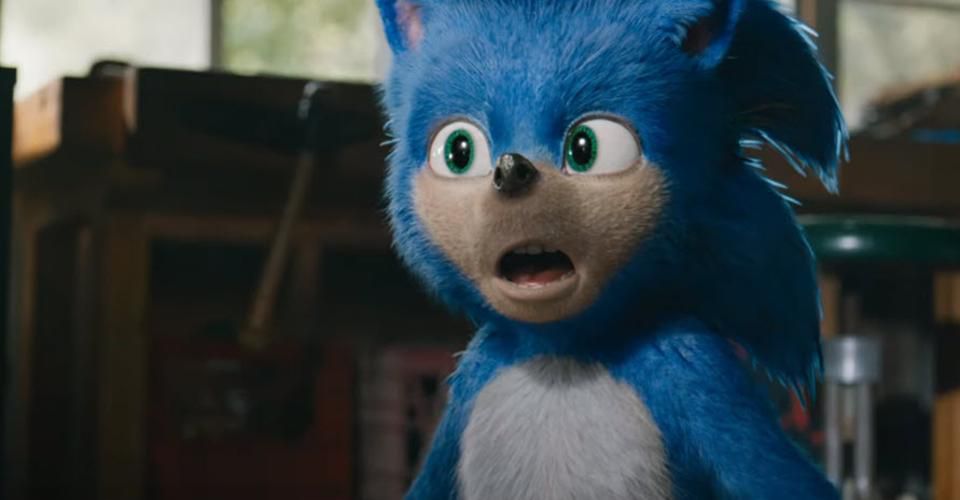 Go to any movie theater in the country and most of the movies showing will look oddly familiar. Recently, there has been a growing abundance of movie remakes, spinoffs and sequels. As a result, audiences have been subjected to terrors such as a poorly designed Sonic that looks more like a furry humanoid Smurf. This has in turn raised an important question: if most of what Hollywood is creating isn’t original, then is it possible that Hollywood is running out of ideas?

First of all, not all movies created from previously established movies — whether they are sequels, remakes, or spin-offs — are bad. For example, it should not be expected for movies with long running storylines to be limited to a single film. Consider how long and poorly paced the Harry Potter film series would be if the entire story was limited to one movie.

As for spin-offs and remakes, they can be great opportunities to expand on concepts the original film didn’t devote much time to, or to just improve upon the original film. For example, a lot of original black and white films were eventually remade in color with the help of improved technology. However, there needs to be a line to decipher which movies are just obvious cash grabs.

It is crossing the line when a studio only seems to be producing unoriginal movies. Probably the studio who has gotten the most criticism for this is Walt Disney Studios, since most of their production time has been dedicated to live action remakes. However, Disney is also the best example of how to make good and bad remakes and spinoffs.

The live action remakes coming out of Disney film studios have gained a perfect balance of good and bad. For example, one of the most disappointing remakes to come out of Disney was “The Lion King,” which failed to make enough significant changes to the story to stand out from the original. However, this doesn’t mean all of Disney’s remakes are bad. Some remakes like “Cinderella” are able to strike the perfect balance of making enough changes to the original story to help it stand out, while still being a faithful retelling.

So, is Hollywood running out of ideas? Surprisingly, no. While there is an overabundance of spinoffs, remakes and sequels, original ideas still seem to be coming out of Hollywood — even if it isn’t as frequently. So why are so many of these unoriginal movies being made? When considering the state of the entertainment industry in the present day, it’s clear that the presence of all these unoriginal movies could have a few different explanations.

The first and most obvious explanation is money. Movies tied to already existing franchises are obviously likely to make more money. Even if a movie isn’t good — say, Beauty and the Beast — people are still going to see it if it has nostalgic ties or is associated with a quality movie. To use an example from earlier, a lot of the appeal for the Disney live action remakes comes from people wanting to see their favorite childhood characters and stories on the big screen again. Due to this desire, all these movies, no matter the quality, tend to make a large amount of profit at the box office.

The second explanation is actually a bit more complicated. With the rise in streaming services like Netflix and Hulu, movie studios have more competition than ever before. Their struggle to get consumers out of their homes and into movie theaters during this age of technology and easily accessible home entertainment has been a costly one.

As a result, movie studios have felt the need to flood the market with appealing cash grabs in order to stay relevant in this age of increased competition.

So, what does this all mean for us as consumers? Is it fair for Hollywood to be producing all these unoriginal movies? The short answer is no. However, there is some nuance to the issue when it comes to consumer demands. As consumers paying for quality entertainment, we deserve more than just a movie made on uninspired autopilot. Many people are coming to realize, some movie studios just don’t feel the need to put much thought into what they are creating because people will still see the movie anyways, due to either nostalgia or association with a quality product.

As consumers, it’s our job to show Hollywood that we want original content by being more informed about the entertainment we consume. One way of doing this is to stop seeing movies just because they are attached to a big name. The argument could be made that with these unoriginal movies always taking top spots at the box office, Hollywood is limiting the market so much that consumers have no choice but to believe they want another CGI-laden nostalgia grab. If this trend of unoriginal movies continues then unique ideas could become an even bigger rarity than they are now, meaning future generations won’t get to experience the same inspiring movies which have become iconic to people all over the world.