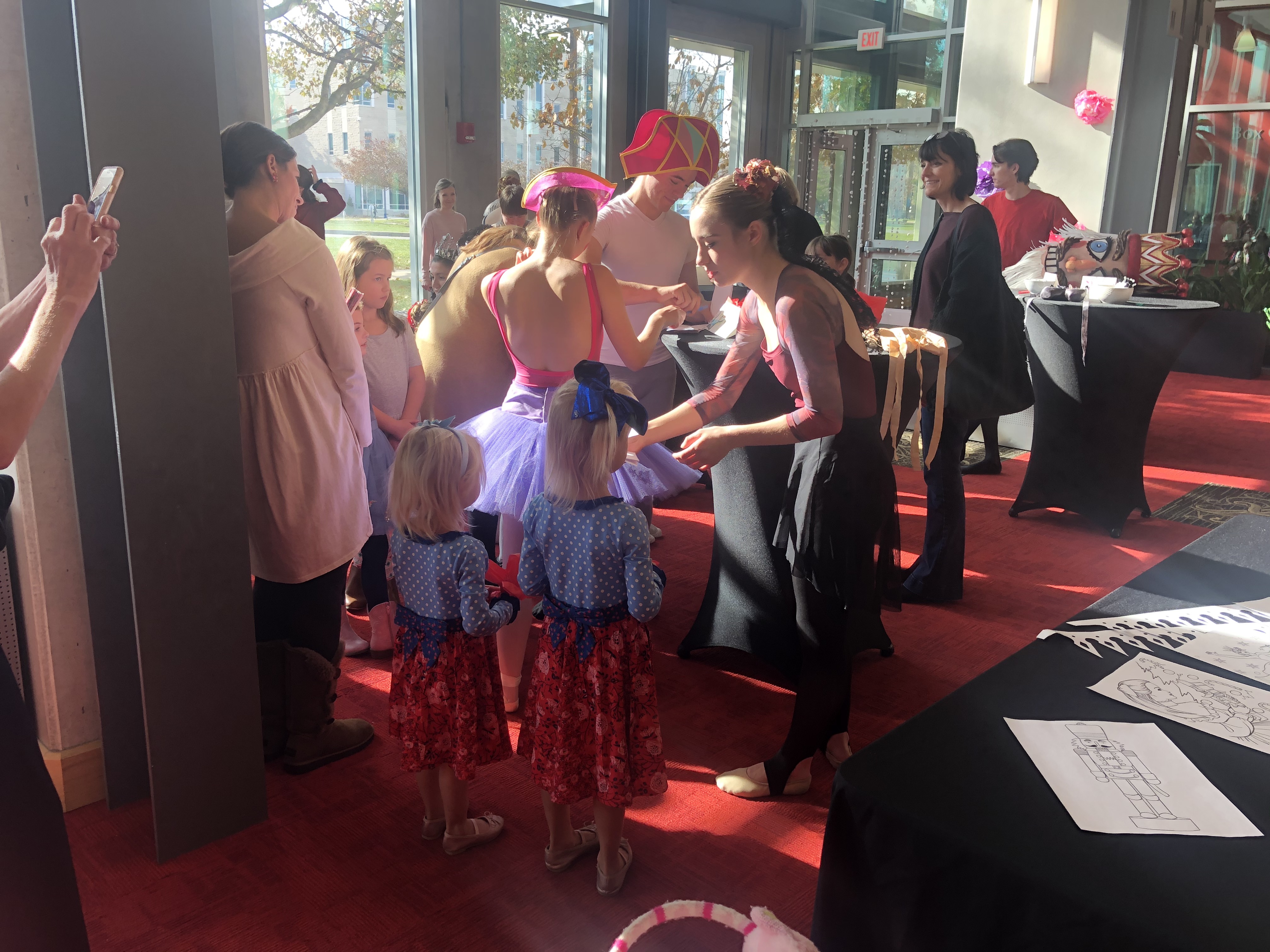 Butler Ballet’s take on Tchaikovsky’s “The Nutcracker,” the longest running production of the ballet in Indiana, is once again taking center stage this winter.

“The Nutcracker” centers around a young girl named Clara who gets a magical nutcracker from her godfather, Drosselmeyer, at a Christmas party. After the nutcracker is broken, the adventure begins later that night when Clara is whisked away to magical worlds.

The Land of Sweets is where Clara meets a variety of different individuals from different countries and kingdoms. She meets Spanish, Arabian, Chinese and Russian dancers as well as Danish shepherdesses and French mirliton players.

The show is primarily known for its score and choreography. It has become a Christmas staple due to the themes surrounding the nutcracker doll and the original story during the holiday season.

Nick Bentz, a senior dance pedagogy major, will be dancing the role of the Nutcracker Prince. In years past, Bentz has danced the roles of the Snow King and the Flower Cavalier.

“While my roles were different last year, they prepared me very well for the demands of being the Prince,” Bentz said. “Snow King and Flower Cavalier are both principal roles, so when I was rehearsing for them I had to really focus on taking care of my body, planning time to eat and making sure I was prepared for rehearsal.”

Chiyo Nishida, a junior ballet major, will be dancing as one of the Sugar Plum fairies. Last year, she was the lead Mirliton.

“There’s quite a difference in the characters and their personalities,” Nishida said. “From the Mirlitons I was more sassy and quirky and I could do a lot of stuff with it. But the Sugar Plum Fairies are like very queen-like and you’re ruling a kingdom. The Mirlitons also took a lot of stamina, but I don’t think I took as much time and injury prevention or taking care of my body as I did for Sugar Plum.”

Both Bentz and Nishida agree that the Waltz of the Snowflakes is their favorite part of “The Nutcracker.”

“I really hope that the audience feels the energy of the dancers because we all enjoy our dancing and you can really tell that from their expressions, it’s really genuine and I hope that translates.” Nishida said.

The Nutcracker will run from Dec. 5-8 in Clowes Memorial Hall and will count as a Butler Cultural Requirement. More information on purchasing tickets can be found online at butlerartscenter.org.