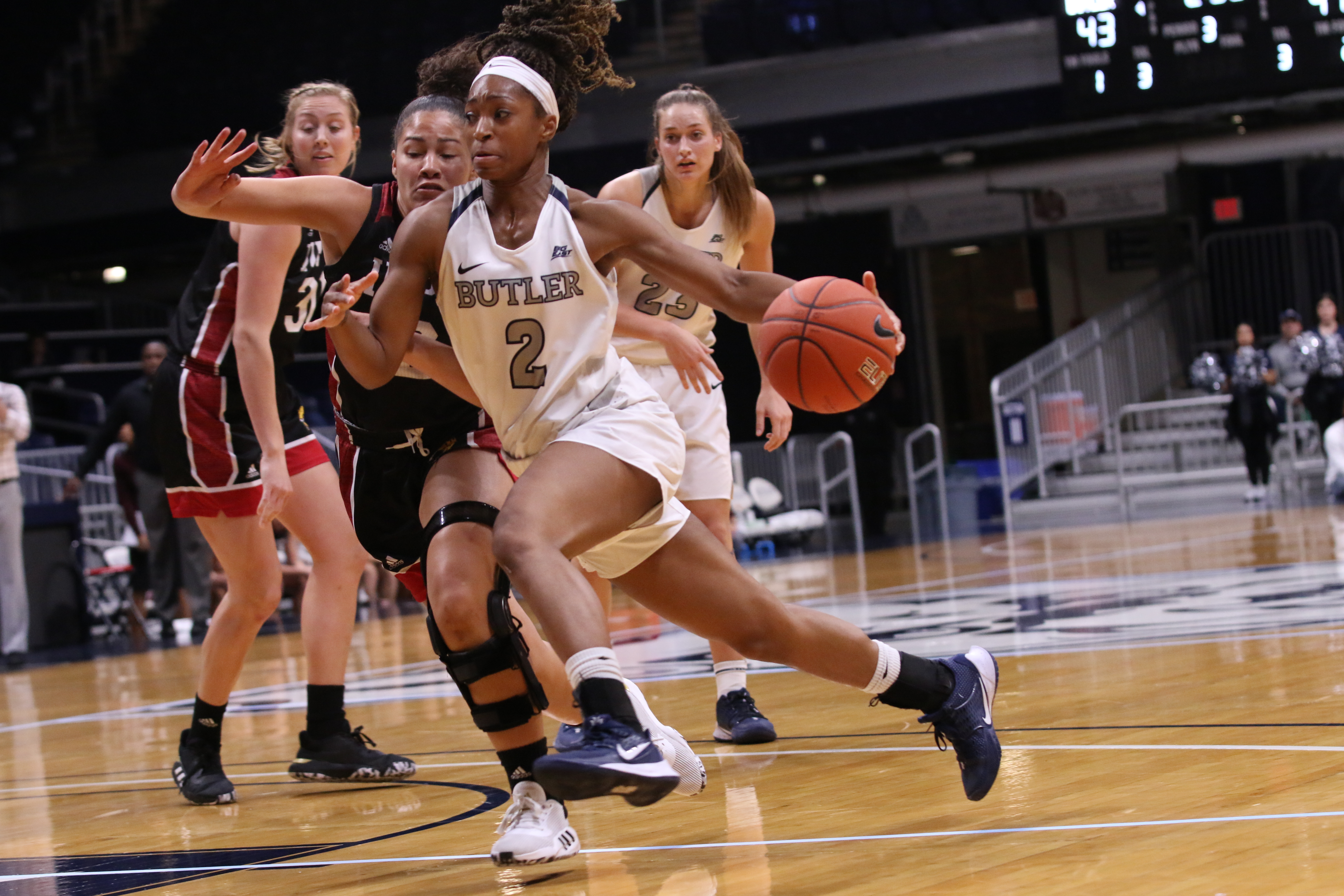 Genesis Parker drives to the basket during a game this season. Parker scored 22 points in the Bulldogs’ loss at Ball State on Nov. 23. Xan Korman / Collegian file photo.

Despite outstanding play from their starting backcourt, the Butler women’s basketball team lost at Ball State, 74-70, on Nov. 23 for their first loss of the season. Butler dropped to 4-1, while Ball State jumped to 3-2. Kristen Spolyar and Genesis Parker combined for 45 points on 15-of-30 shooting, while the rest of the team scored 25 points on 9-of-34 shooting.

In the third quarter, Parker and Spolyar accounted for 13 out of Butler’s 17 points. In the fourth quarter, though, Spolyar made just two field goals, while Parker shot 33% from the field, missing all three of her triples. In what was no coincidence, Butler lost the fourth quarter 25-11.

Butler’s bench scored 13 points to Ball State’s 34. The game was close enough — with six ties and nine lead changes — to a point where if Butler’s bench had scored more, this could have ended up a win. Additionally, the problem that has often plagued Butler — turnovers — was not one this game. They had a season-low 13 turnovers. In fact, they scored 19 points off Ball State’s 18 turnovers.

Butler has a chance to redeem itself against Georgia on Nov. 29 at 11 a.m. in the Daytona Tournament.