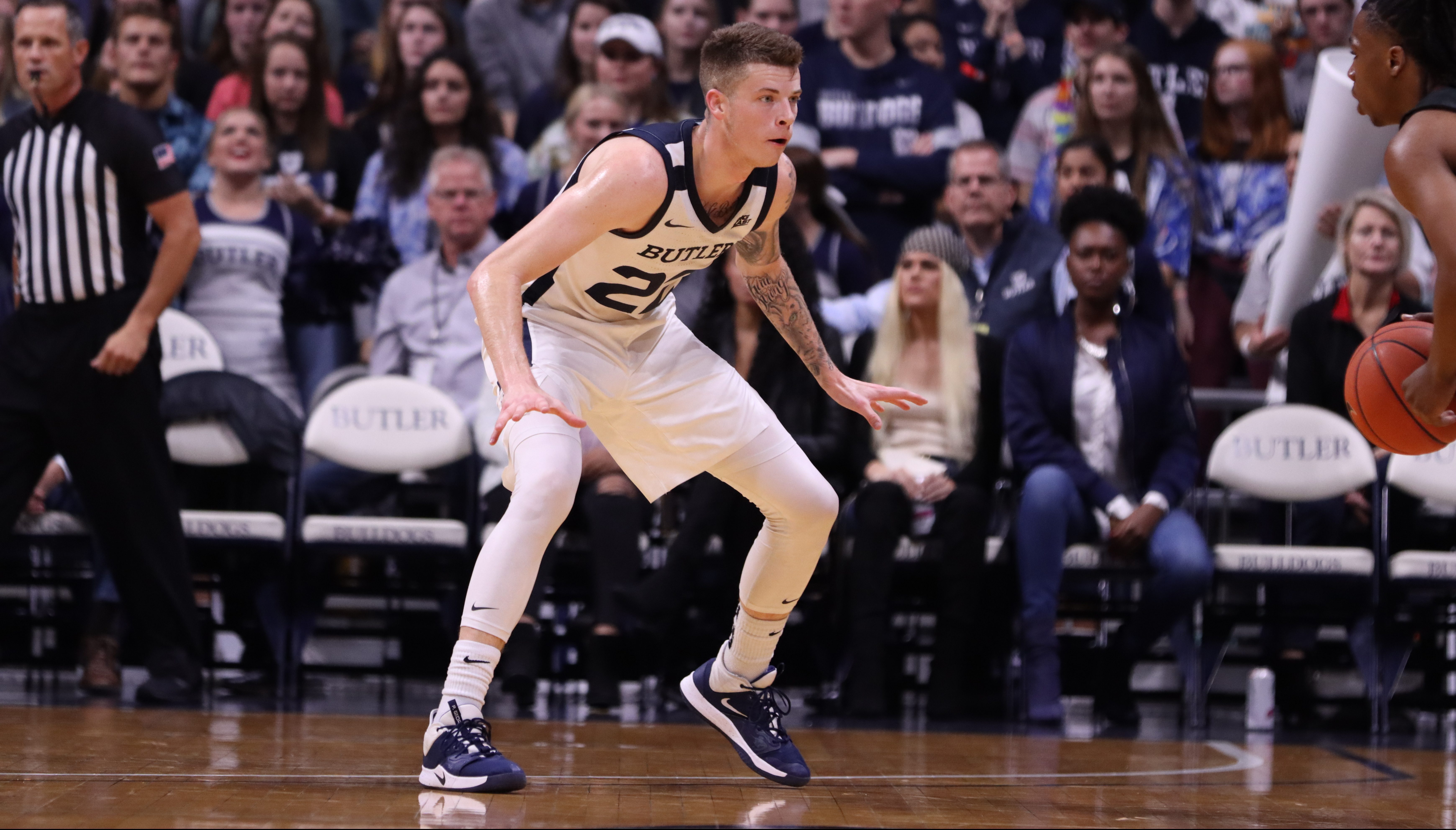 After closing their 2019 preseason slate with a 79-47 win over cross-town foe University of Indianapolis on Nov. 1, the Butler men’s basketball team will host IUPUI on Nov. 6 to officially open the upcoming season. Here’s what you need to know heading into the matchup.

Who: IUPUI at Butler

1. Butler looking to be Butler again

The Bulldogs are coming off an uncharacteristic losing season last year, as Butler missed the NCAA Tournament for the first time since 2014. The Bulldogs will be looking to get back to their winning ways this upcoming season.

Butler was on the right side of the bubble for an at-large bid to the Big Dance for most of last season before faltering down the stretch. The Butler teams of past years have played with an edge or sense of urgency that the team from a year ago lacked — Butler was 3-8 on games decided by six or fewer points.

Butler will look to reestablish the “gritty not pretty” mentality they created in their Horizon League conference days.

The pressure is on as an NCAA Tournament appearance is a must for the Bulldogs this season.

2. IUPUI coming off a sudden coaching change this summer

IUPUI was jolted into a coaching change late this summer as former head coach Jason Gardner resigned. Gardner was arrested on suspicion of operating a vehicle while intoxicated in Hamilton County, and he resigned shortly after. The IUPUI athletic department said his departure was a “mutual decision.”

Byron Rimm II was named the Jaguars’ interim head coach for the 2019-20 season.

Gardner had been the head coach of the Jaguars for five seasons after taking over in 2014.

Despite a 16-17 record, Gardner led the Jaguars to their most wins since 2010 and a postseason tournament berth last season. The Jaguars fell to Marshall in their Collegeinsider.com Postseason Tournament opener.

3. Butler must take care of mid-major teams at home

Butler will play one of the program’s toughest schedules ever this season. The Bulldogs are lined up to play 10 teams who are rated in the top-50 of Ken Pomeroy’s College Basketball ratings. Four of those teams are outside of their Big East conference schedule.

Only six of their games are against teams not in the KenPom top-100.

The Bulldogs have little room for error when it comes to their nonconference schedule. With such a loaded lineup, a game at home against a mid-major opponent such as IUPUI is one the Bulldogs will want to make sure they lock down.