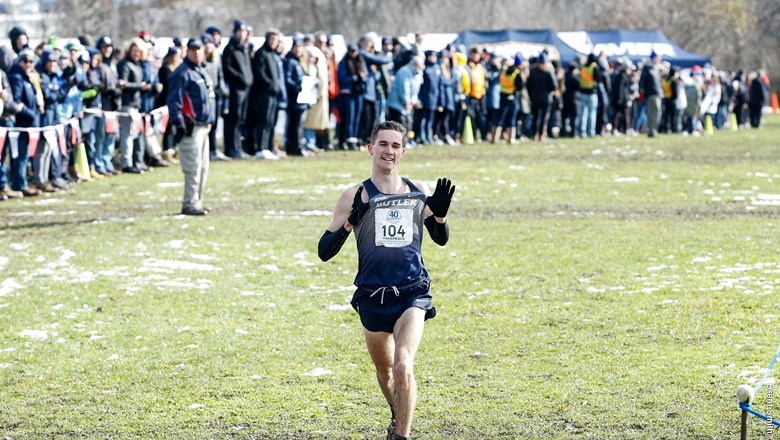 The Butler men’s and women’s cross country teams competed on Friday afternoon at the NCAA Great Lakes Regional in Terre Haute, attempting to make their way back to the National Championships. The last time the women went to the National Championships was in 2013, when they placed 3rd overall. The men made their last trip in 2008, when they placed 29th out of 31 teams.

The women scored 234 points for a seventh-place finish, 59 points off of Indiana University’s sixth-place finish. Michigan State and Michigan finished 1-2 for the automatic qualification for Nationals.

Official lists of NCAA Division One National Championship qualifiers will be released later this weekend. Preliminary results, though, show that Emily Royston should earn an individual spot, with the team just outside making the finals.

The men’s team appeared to be a threat for a top-five finish through their first three finishers.

Euan Makepeace placed second overall in 30:05.5, and earned his second trip to the Division One National Championships next weekend.

The men scored 197 points to place seventh in a heavily Big Ten dominated field. They were 27 points off of sixth place, Michigan State.