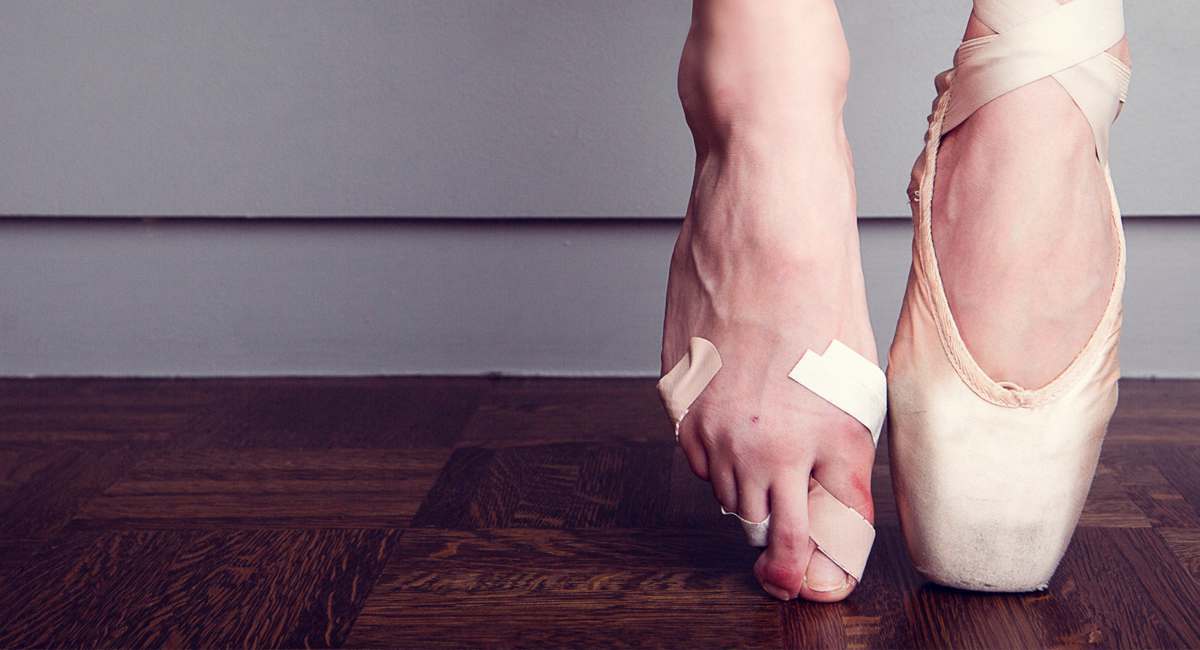 Dancers can face numerous injuries throughout their careers. Photo courtesy of Shape Magazine.

The world of dance is notorious for its roughness on the body, so it is no surprise that dancers frequently get injured. However, when dancers get injured, they often press on rather than to take time off. This has proven to be damaging in the long run.

Fiona Connolly, a senior dance and arts administration major, tore her ACL and had surgery in August. She will be recovering all school year and will not be dancing again until April or May. Connolly does physical therapy three times a week and rehab two hours a day, and worries about the impact her injury may have on her professional career.

“Chronic injuries can play a part, and you can tell in the dancing, it’s more for keeping a job if you’re injured,” Connolly said. “Sometimes you can fake it during the audition but then get injured three times during the season.”

Dancers and athletes often experience similar injuries and healing times, but dancers are typically unable to take time off.

“When a football player gets injured on the field, everyone takes a knee, stop the whole game,” Connolly said. “If you’re injured on stage, you have to keep dancing, which is bad. Some people keep dancing on injuries they should not be dancing on and end up making it worse for themselves in the long run.”

Sofia Yarbrough is a sophomore dance major who recently developed two stress fractures in both feet. Her injury made it painful to walk, so she rented an electric scooter to help her get to classes. This has forced her to rethink her career, and she plans on changing her major.

“This injury in particular, since it did put me in the scooter, allowed me to reevaluate some of my career goals,” Yarbrough said. “Now I’m pursuing a career in the strategic communication field.”

Ramón Flowers is an assistant professor of dance who had three herniated disks. He believed his career was over after this injury, and yet he never stopped dancing. He was injured at 34, began dancing on Broadway at 38 and continued to dance for 11 years.

Flowers’ herniated disks made him rethink how he approached dance, rethink how he held himself while dancing and develop strength and stability that would lessen the pain of his injury. Flowers is a clear example of how “the show must go on” mentality affects professionals working in the field.

“It’s probably one of the reasons I’ve never stopped dancing,” Flowers said. “I worked with some directors and choreographers who come from the old school mentality of ‘the show must go on.’ Those would be the things they’d constantly tell you to make you feel guilty if you thought you needed to take time off to recover.”

While “the show must go on” mentality affects the success of an entire production, Flowers said many dancers will perform on injuries because they are scared they will lose an opportunity to showcase their talents in a particular role.

“When it comes to students or pre-professional dancers, I think their fear is that something is gonna be taken away from them if they take the time to heal and take care of themselves,” Flowers said.

Ken Shiozawa is a senior dance major who had a stress fracture in his right foot during his sophomore year. He could not dance for about three months and was forced to wear a boot.

Shiozawa believes not being able to perform in “The Nutcracker” his sophomore year due to his injury deeply impacted his mental health. He said he felt lost and questioned if he wanted to continue dancing, as he was no longer able to do it every day. On top of this, Shiozawa said there’s also a negative stigma surrounding injured dancers.

“They’re seen as lesser, not as usable, because employers are concerned they can’t do what’s asked of them,” Shiozawa said. “More of a risk factor, might get injured more often, not as reliable, seen as weaker because of the injury — so many dancers just put on that facade.”

Shiozawa, like Flowers, believes that “facade” is more prevalent with dancers than athletes.

“If athletes are injured they’re out and it’s ok, they just don’t play,” Shiozawa said. “But with dancers, it’s just, ‘let me take some Advil, let me try to go as far as I can to put on the show ‘cause I don’t want to lose my part or lose this opportunity.’”

Shiozawa offered advice to any injured dancers, especially to those who may be reconsidering their career afterwards.

“Don’t let that hinder your thoughts of continuing on, because most injuries you can prevail from and overcome,” Shiozawa said. “I know it’s difficult because you can get in your head about it, but just know that the body will heal itself, and hopefully you’ll be able to dance again. Injuries are a mental as well as physical game.”

There is also a new physical therapy program at Butler that both Connolly and Yarbrough have said is incredibly helpful. Dancers can sign up for 30 minute slots with a physical therapist that caters to their individual needs.