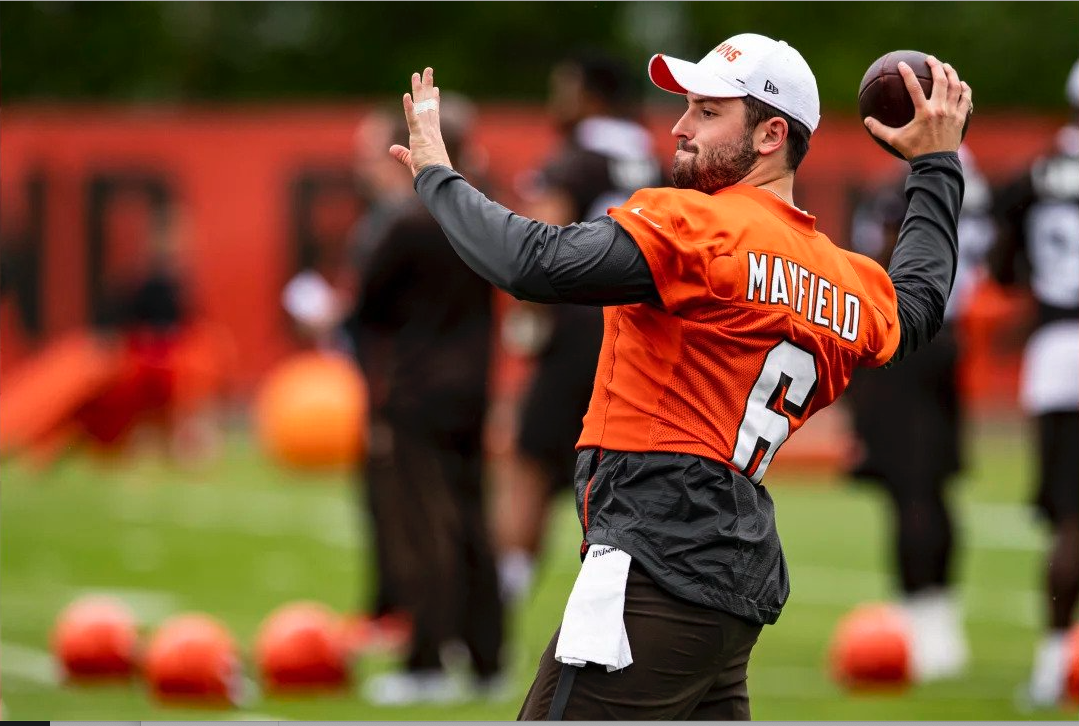 The NFL season kicks off tomorrow with one of the longest tenured rivalries in the Green Bay Packers and the Chicago Bears. This season gives numerous quarterbacks like Carson Wentz and Jimmy Garoppolo the chance to prove themselves as quality starters. Players like Odell Beckham Jr. and Antonio Brown have even more to show after the troublesome offseason they’ve had this summer. The 100th NFL season should be one for the books, but in the meantime, it’s time to predict who will come out on top of each division and why.

AFC North, Cleveland Browns, 10-6: This is the opportunity that Browns’ fans have been waiting for. After an impressive 5-3 record to finish the year off, no thanks to Hue Jackson who led the team to a 2-5-1 record in the first half of the season, I expect at least one playoff win from the young Browns.

With an explosive offensive core in Baker Mayfield, Nick Chubb, David Njoku and the recently acquired former All-Pro wide receiver Odell Beckham, the Browns will be a force to be reckoned with this season.

AFC South, Jacksonville Jaguars, 9-7: After the shocking retirement from four-time Pro Bowl quarterback Andrew Luck, the AFC South title is more or less up for grabs. The Houston Texans would seem to be the easy pick, but after trading Jadeveon Clowney and the injury to starting running back Lamar Miller, there’s too many questions surrounding the Texans.

That leaves the defense-heavy Jacksonville Jaguars. And with the new addition of former Super Bowl MVP Nick Foles under center, I wouldn’t be surprised if the Jaguars snuck their way into the playoffs.

AFC East, New England Patriots, 12-4: There isn’t much to say here. The New England Patriots are arguably the most successful franchise in all of sports. They are going to be Super Bowl contenders every year that Bill Belichick is on the sidelines and Tom Brady is tossing the pigskin.

They are obviously going to miss Rob Gronkowski, who without a doubt will hear his name called in Canton, but they’ll still be contenders regardless. Say whatever you want about Brady’s Patriots, but they haven’t lost the AFC East Title since 2002 and that’s not going to change this year, at the very least.

AFC West, Kansas City Chiefs, 13-3: Reigning MVP Patrick Mahomes will not be able to repeat when it comes to his amazing 2018 campaign, but I expect nothing but improvement from him as he slowly takes over the throne as the best quarterback in the NFL.

LeSean McCoy was a great pick up for the Chiefs as he reunites with former Eagles head coach Andy Reid. With deep threat Tyreek Hill avoiding a suspension, they have even more fire power going into the season than they thought. The Chiefs have been known as an offensive power house, but with the key additions of Frank Clark and Tyrann Mathieu this offseason, their defense should improve immensely.

NFC North, Chicago Bears, 12-4: If it wasn’t for the missed field goal against the Eagles in the NFC Wild Card game, the Bears may have gotten a chance to play in the NFC Championship Game. Regardless of last season, the Bears have had a quiet but very impressive offseason. Offseason additions of Cordarrelle Patterson, David Montgomery and Riley Ridley should fit perfectly into Matt Nagy’s offense.

With all these new offensive weapons, I expect this is the year Mitchell Trubisky will take the leap when it comes to performance. My prediction is a healthy Trubisky will throw for over 35 touchdowns and over 4,000 yards yards. Khalil Mack and the Bears’ dominating defense will terrorize offenses all year. The expectations are high for the young Monsters of the Midway, but anything less than a 11-5 finish would be a disappointment in my eyes.

NFC South, New Orleans Saints, 11-5: Now, this division will be something to keep your eyes on all year, no matter who you are a fan of. The Saints, Panthers and Falcons have been trading the top spot in the division for the last decade or so, and it will be fun to see who comes out on top this year. First ballot Hall of Famer Drew Brees still has two deadly offensive threats in Michael Thomas and Alvin Kamara, in addition to a quality receiving tight end Jared Cook.

I wouldn’t be surprised if Cam Newton and the Panthers came out to compete for the NFC South title this year. With the Newton’s competitive drive, along with the ongoing development of dual threat Christian McCaffrey, it’s hard to completely rule the Panthers out of contention. Regardless, I couldn’t bring myself to bet against Brees, so my pick is the Saints.

NFC East, Philadelphia Eagles, 10-6: In light of the uncertainty as to whether or not Ezekiel Elliot will play for the Cowboys this year, my choice is the Philadelphia Eagles. This is Carson Wentz’s chance to prove that he can perform under pressure. He has performed during the regular season, but due to injuries he hasn’t shown that he can execute in the postseason. If Wentz can stay on the field, I believe he can lead Doug Pederson’s Eagles to NFC East Title.

NFC West, Los Angeles Rams, 13-3: The Los Angeles Rams should be able to make another Super Bowl worthy run this year. Todd Gurley is a huge question mark considering the health of his knee. If Gurley’s season is riddled with injuries, that’ll obviously affect how good the team is considering he attributed to 27.2% of the Rams’ total yards in 2018.

Regardless of Gurley, they have a stacked receiving core with Robert Woods, Brandin Cooks and Cooper Kupp. They also added veterans Clay Matthews and Eric Weddle to help a defense that was already third in the league with 30 takeaways last season. Jared Goff should have even more fun running Sean McVay’s offense in his third full season as the starting quarterback.