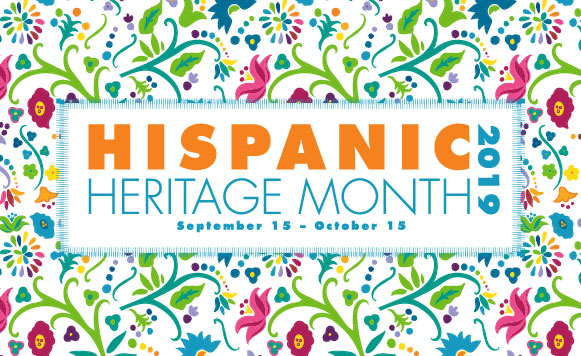 Latinos Unidos, a Butler student organization, is ready to celebrate with, and educate, the Butler community during National Hispanic Heritage Month.

Latinos Unidos is hosting a week of events to spread awareness of the Latinx and Hispanic community on campus starting Sept. 23 and ending Sept. 27. The events range from tabling outside Starbucks and fundraising at the gazebo outside of Atherton Union to a free Salsa Night and a movie night in collaboration with Butler’s LGBTQ+ Alliance.

Latinos Unidos is a student organization for Latinx and Hispanic students, faculty and staff. The group represents a variety of students on campus, from those with Mexican or Puerto Rican roots, to international students from Spain and everyone in-between.

“Hispanic Heritage Month is a time to spread awareness and invite people into a deeper understanding of Hispanic slash Latinx culture,” Valles said. “We aren’t just a stereotype of sombrero-wearing, taco-eating, Spanish-speaking people.”

Marcos Navarro-Garcia is a sophomore media strategist for Latinos Unidos.

“To me, Hispanic Heritage Month is a reminder of where I come from and what my true roots are,” Navarro-Garcia said. “Although I grew up here in the United States, my origins are Mexican. This month reminds me that my culture is beautiful and empowers me to keep contributing to it.”

Both Valles and Navarro-Garcia said Salsa Night is their favorite event of the week.

“I look forward to this event every year,” Valles said. “Salsa Night is a night of authentic, good culture and dance.”

Hispanic Heritage Month starts on Sept. 15 instead of Sept. 1 because the fifteenth is the anniversary of the independence of Costa Rica, El Salvador, Guatemala, Honduras and Nicaragua. Mexico and Chile celebrate their independence day on Sept. 16 and 18, respectively. Hispanic Heritage Month includes Oct. 12, which is Columbus Day, or Día de la Raza. Día de la Raza means Day of the Race and is a celebration of Hispanic heritage in Latin America. Several countries celebrate it through ethnic and cultural traditions.

“Our organization is a safe place that we call home here at Butler and we want to share the good Latinx and Hispanic vibes across all of campus,” Valles said. “LU week is a celebration of all our cultures. We thrive when we are all united and would like to see more of campus involved.”

Valles and Navarro-Garcia both said the university lacks in visibility and accommodations for Hispanic and Latinx students, faculty, and staff.

“I would love to see more Latinx professors in all subjects,” Valles said. “Right now, they are concentrated in the Spanish department… There are so many famous Latinx and Hispanic scientists, engineers, authors and artists that we do not learn about and they played a huge role in crafting modern day society.”

Navarro-Garcia believes change can even occur when future students are coming to visit Butler for the first time, such as having tours in Spanish.

“The reason so many Latin American immigrant parents do not come to support their children during these tours is that they do not understand English enough to help or to feel comfortable enough to place themselves in this environment,” Navarro-Garcia said. “Offering this would welcome so many new faces and families to our beautiful campus.”

Latinos Unidos also hosts and co-hosts a variety of programs throughout the year. They can be reached in the Diversity Center, or through Valles at gvalles@butler.edu.