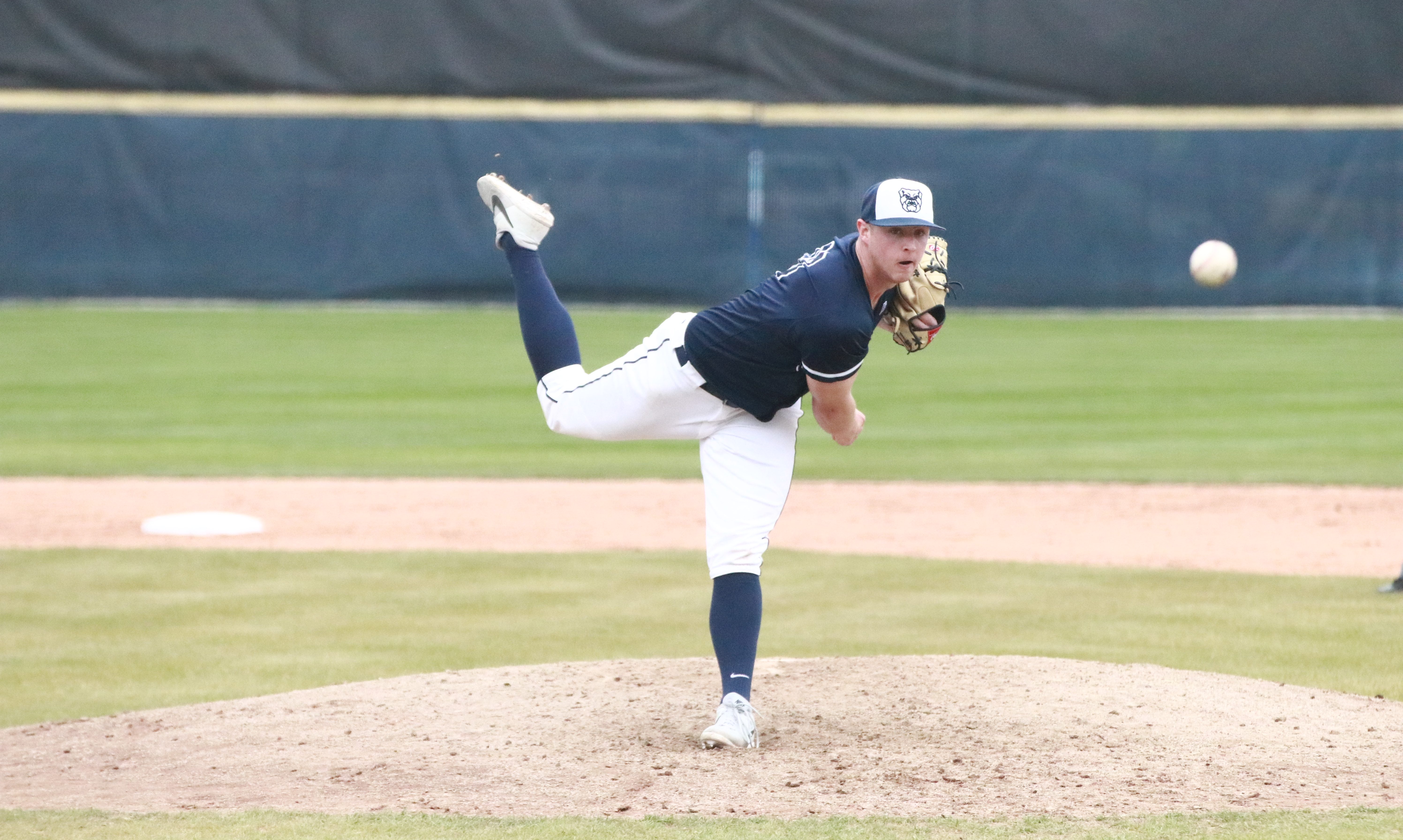 Ryan Pepiot pitches during a game this past season. Pepiot was selected in the third round of the 2019 MLB Draft by the Los Angeles Dodgers. Collegian file photo.

Butler baseball pitcher Ryan Pepiot on June 4 became the highest-drafted player in school history, as he was selected by the Los Angeles Dodgers in the third round of the 2019 MLB Draft.

The right-handed starter just completed his junior season with the Bulldogs, pitching to a 4-4 record and 3.92 ERA while striking out 126 batters in 78 innings. Pepiot, a Westfield, Indiana native, owns a cumulative 3.61 ERA and 12.6 strikeouts/nine innings ratio in nearly 220 college innings.

The Los Angeles @Dodgers selected Ryan Pepiot in the third round of the 2019 MLB Draft. Pick 102 overall #GoDawgs pic.twitter.com/iwjUUx0ZY5

In his final appearance of the 2019 season, on May 16 against Georgetown, Pepiot struck out 13 batters to set a new Butler single season strikeout record. Pepiot passed current Philadelphia Phillies reliever and 13-year MLB veteran Pat Neshek for first on the list.

On Tuesday, Pepiot passed Neshek on another list, as he was drafted three rounds higher than the veteran right-hander, who was selected in the sixth round of the 2002 draft by the Minnesota Twins.

“We are so happy for Ryan,” Butler head coach Dave Schrage said in a statement. “He has worked so hard to give himself this opportunity. It’s great to see the development he made in our program. He is not only a great player, but a great person.”

In addition to setting the new Butler single season strikeout high, Pepiot also set a program record in career strikeouts, with 306 in his three seasons with the Bulldogs.