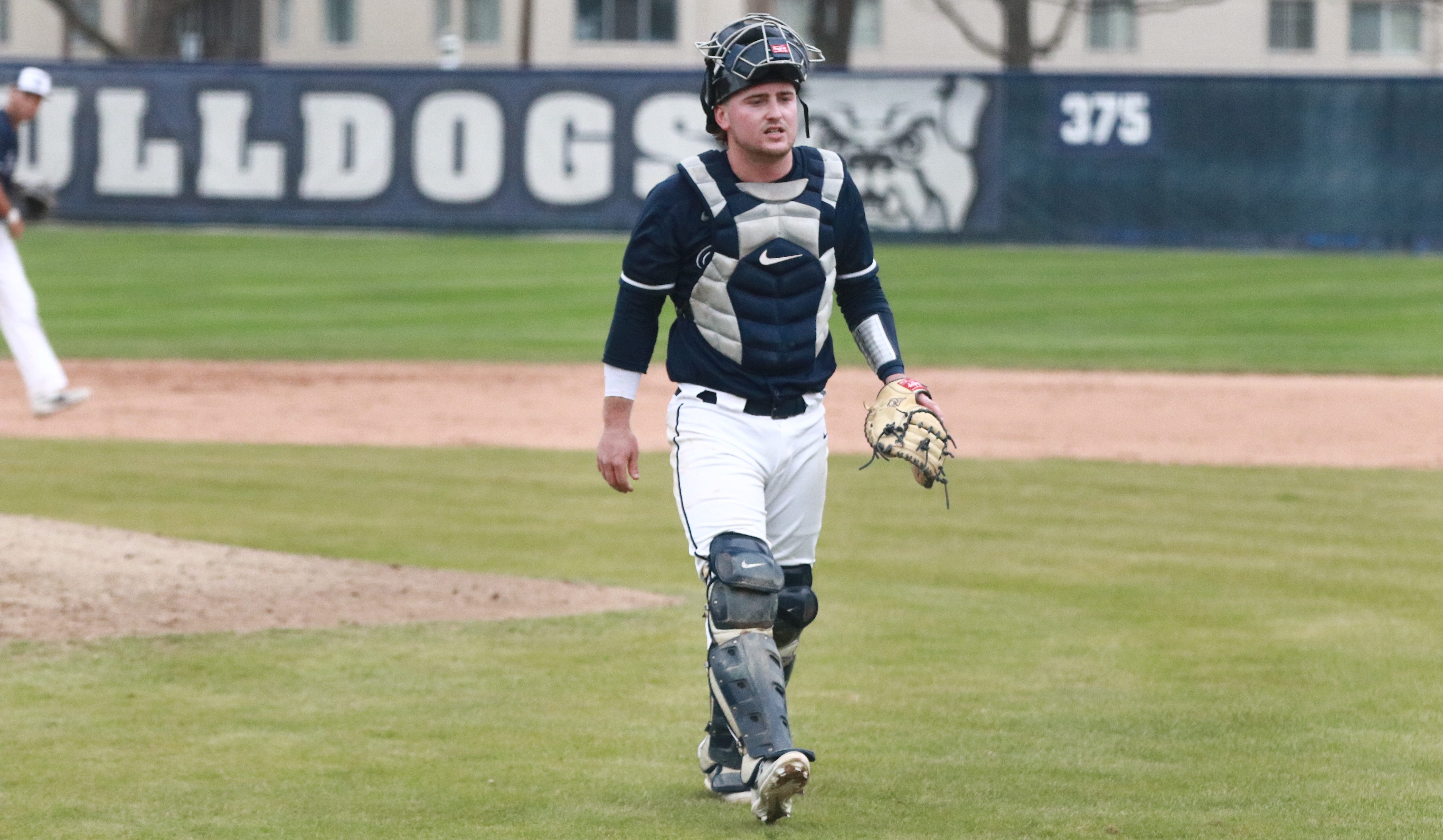 Zach Parker walks back to the plate during a game. Parker gave his teammates haircuts at the beginning of Big East play. Jimmy Lafakis/Collegian file photo.

Would you trust someone who has “never actually given a haircut” to cut your hair?

Maybe not, but the Butler baseball team put their trust in redshirt junior Zach Parker.

It’s a tradition that dates back long before Parker’s time at Butler.

Parker transferred to Butler from Lewis University his sophomore year. As a catcher with a batting average of .258 this season, he also plays the role of team haircutter, previously held by graduate Josh Walker.

The haircuts took place in the lawn of the baseball house on Butler’s campus during the week of March 31. Parker said the stray hair went all over the yard because he had cut so much. His roommates and visitors were upset for a small amount of time, but once they caught on, it became the joke of the house.

“I started giving the guys haircuts before the St. John’s conference game,” Parker said. “It’s kind of a tradition to start cutting before conference play.”

Parker said fellow Big East member St. John’s doesn’t follow suit with the haircuts. Most Big East teams don’t. Traditions vary from team to team, but this is something that makes Butler baseball unique within the conference.

“Our coaches actually got superstitious about it, especially when we weren’t playing well for a couple games,” said Parker. “But once we got back into it and won a few games, they enjoyed the haircuts.”

Oddly enough, Parker received a hair-cutting kit as a Christmas gift this past December, long before he knew he would be given the job of cutting his teammates’ hair. The gift, although random, seemed to be a sign that Parker would be filling the role of team haircutter.

Parker is not sure who will take over the position of team haircutter next season, as he will be graduating in May. He described it as something that happens. Someone just fills the role.

“I guess we just have to wait for someone to step up,” sophomore infielder Nathan Dill said. “Maybe someone has a hidden talent.”

Dill said there was a bit of fear that Parker may mess up. He didn’t want to walk around Butler’s campus with an insane haircut, but it turned out well in the end.

Junior Harrison Freed had a similar reaction to Parker cutting his hair. In the end, he was pleased with his new haircut.

“I’ve never actually gotten a haircut from anyone other than someone at a barber shop,” said Freed. “It took a little convincing, but I finally let him do it.”

Typically, a senior on the team will step up to cut hair, but Parker was different. Not only is he a redshirt junior and graduating early, he gets to celebrate his gradation at the Air Force Academy in Colorado Springs.

The Bulldogs will play at Air Force three times over a span of three days, May 10, 11 and 12. With graduation taking place at Butler on the 11th, Parker and his teammates will miss the special day. However, they get to spend the day with the team.

“Zach did a pretty solid job with the haircuts,” said Freed. “Next season, I’d say [pitcher] Kevin Napolean would be a good person to cut the hair for everyone.”