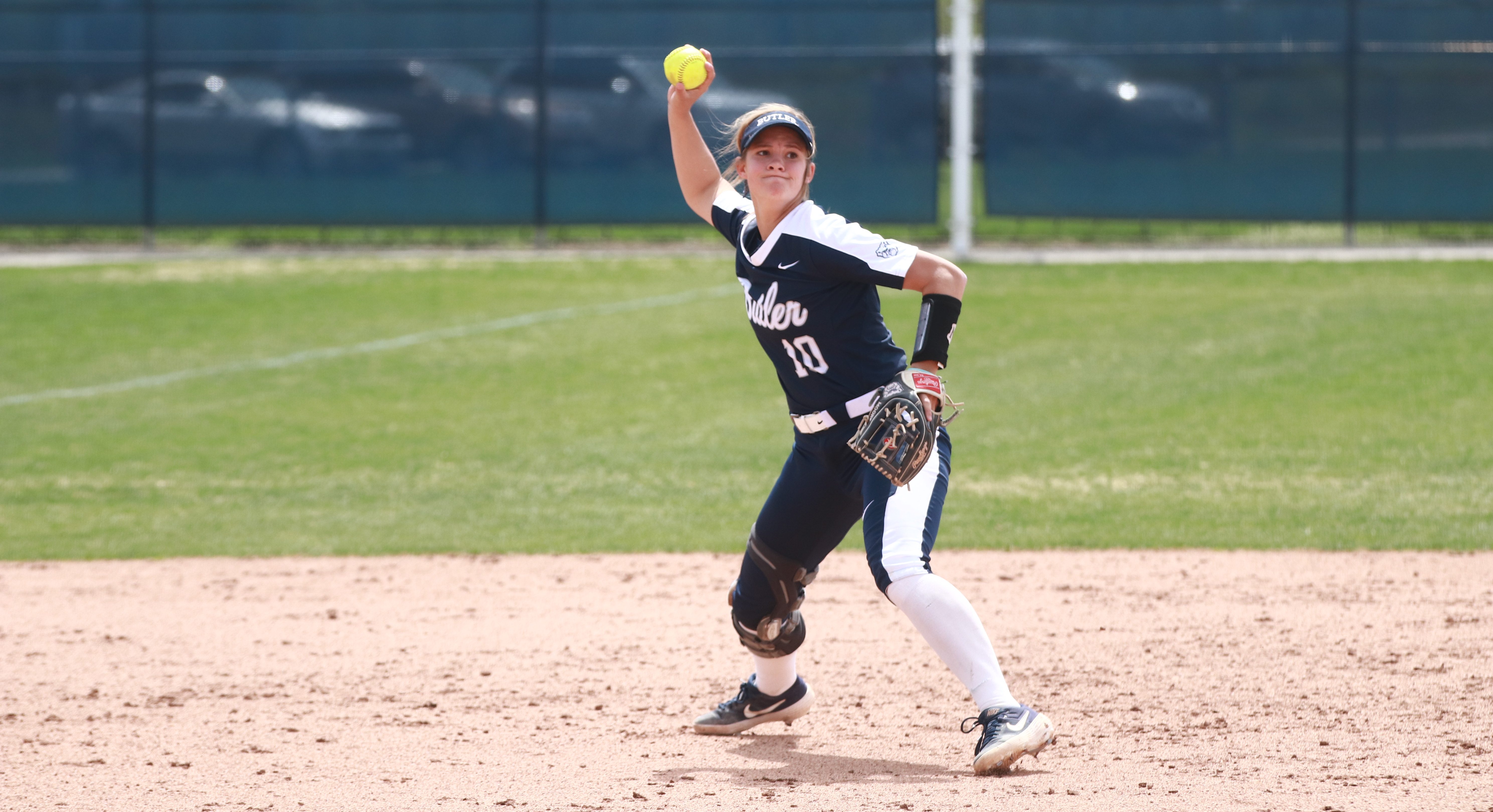 Given the Butler softball team’s record in 2019, its seniors couldn’t have asked for a better way to end their careers.

Butler run-ruled St. John’s 8-0 in game two of their doubleheader with the Red Storm on May 5. With a 15-31 record coming in, the Bulldogs were out of the postseason picture heading into the afternoon.

On senior day, all four of Butler’s seniors notched a hit in the game, including a four-run sixth inning that saw seniors Cheyenne Thompson, Sammy Andersen and Jenna Foreman record hits.

Kaitlin Doud, Butler’s other senior, smoked a two-run homer in the first inning.

Foreman was the final senior to reach as she beat out the throw at first for an infield single. The Butler dugout erupted as she snuck on base.

“When you talk about sending your seniors out, they sure did it in an amazing way,” Doud said. “I couldn’t be more proud of my fellow seniors from everything we’ve been through.”

Each member of Butler’s senior class was a part of the program’s historic run in 2016 to the Big East Tournament title and first-ever NCAA Tournament appearance. They met in right field for a group hug in what was an emotional moment after the game.

Butler beat St. John’s to clinch that conference championship. It was only fitting that the 2019 class played their final game was against the Red Storm.

After weather washed out the originally scheduled Saturday doubleheader, the series shifted to two games on Sunday, which the Bulldogs split.

St. John’s took the first game 1-0 off a double into left field from Peyton Cody. In her final outing of the season, Alyssa Graves threw a complete game and allowed four hits. She struck out 10 batters and took the tough loss.

In game two, Butler’s pitching was dominant yet again, this time with Karli Ricketts in the circle. Ricketts struck out a career-high 13 batters and allowed a single hit, an infield single that just missed the end of her glove.

“I really worked on getting them to chase high today. I’ve been throwing a lot of pitches like my rise ball and it just kept working,” Ricketts said. “Honestly, they just couldn’t lay off.”

Butler notched 13 hits in the win. It was the first time since April 20 that the Bulldogs scored more than three runs in a game.

In a rare offensive outburst for the Bulldogs, 10 different players were able to record a hit in the Bulldogs final game.

“It just led back to doing the little things,” Doud said. “Once one person gets going, it’s contagious and that’s what we saw today.”

The win snapped a five-game losing streak for the Bulldogs. They finish the 2019 season with a 16-32 record.