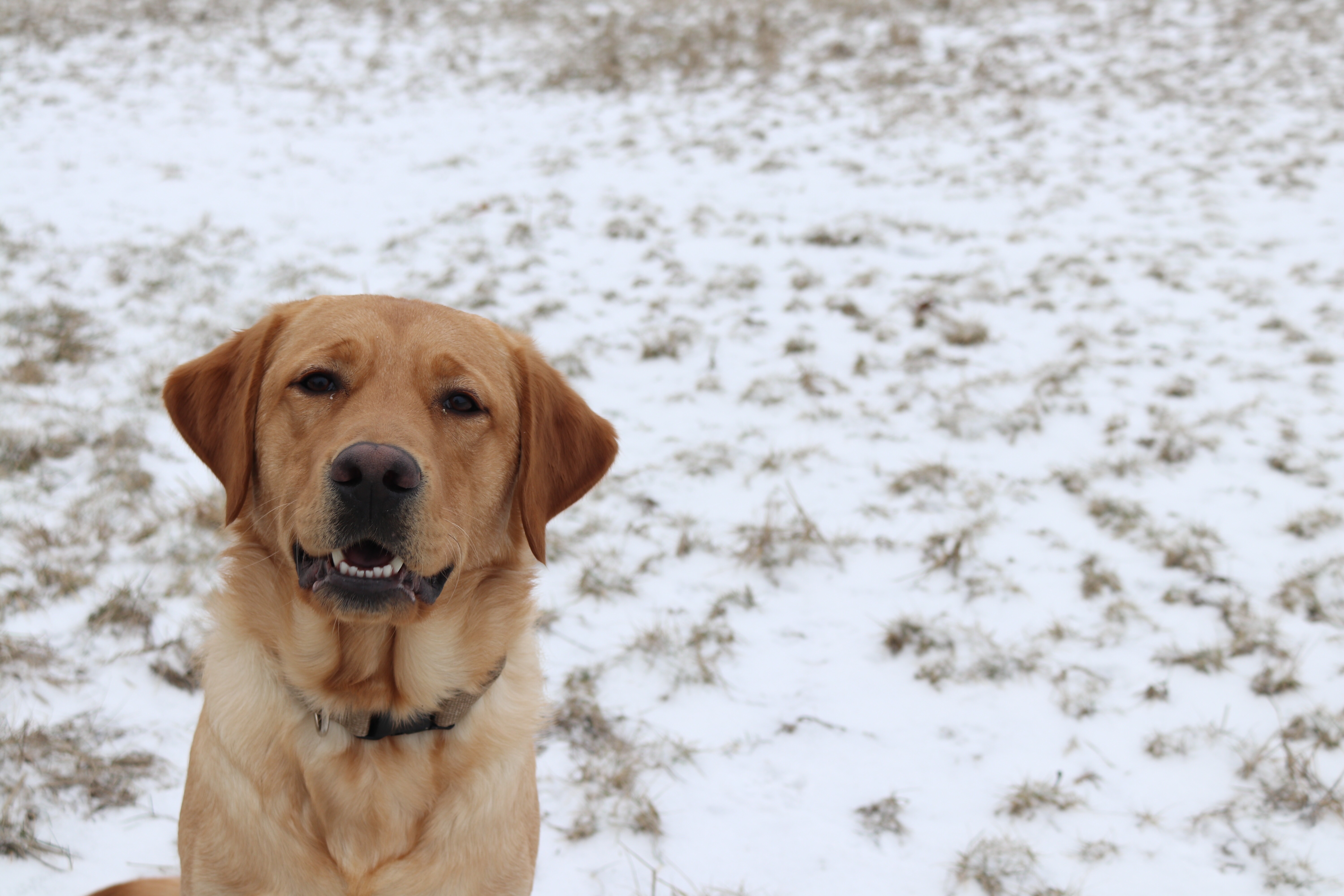 I’m in love with Forest. He’s a 13-month-old half-Labrador, half-golden retriever and he’s an 85-pound bundle of love.

One day, I was sitting on the ground in my room with my laptop, and this goofy dog decided to plop all of his weight over my lap and fall asleep. I looked at him and held him and said, “I love you too.”

Before I tell you more about how great it is to be with Forest, I have to tell you the sad part: I had to give him back after three weeks.

As a new volunteer for the Indiana Canine Assistant Network, I had the chance to socialize Forest. He’s a service dog, which means he’s going to help someone who needs help with physical tasks like standing up and taking off clothes. If you get attached easily, this program is not for you. But it should be. For more information, visit ICAN.org.

Service dogs like Forest are trained in correctional facilities, where they spend two years with inmates who teach them to do certain skills. Then, every three or four months, they’re given to volunteers like me for three weeks. Our job is to socialize them, record their behavior in certain environments, and reinforce their cues. According to Service Dog Central, approximately 43 million Americans have service dogs.

Service dogs are taught not to lick anyone. I guess not a lot of people want wet, slobbery kisses. Or maybe they don’t want the dogs to get too attached to their “furlougher,” as volunteers like me are called.

Week one went by. We grew closer.

Then two. We were two peas in a pod, absolutely inseparable.

As week three crept along and I began to think if it was appropriate to book a flight to Mexico, take Forest with me and never come back. Definitely not appropriate.

Then came the beautiful Tuesday morning I had to drive Forest back to the Pendleton Correctional Facility. It was so warm this February day that it was almost an anomaly. Forest stuck his head out of the backseat window like any dog would. I watched him smile, although I could vaguely see him from the car mirror that was stained from the recent rain.

As I looked at him, I had to remind myself that his purpose is for someone else, not me.

We arrived at PCF. I sat in agony for half an hour, waiting for someone to come to the eerie waiting room, which was a little less unsettling with Forest beside me. Finally, a man with a reticent presence said to me, “I’ll take Forest now.”

As I handed over his khaki-colored leash in an inconceivably vulnerable state, I bent down and said, “Be a good boy, Forest.”

And in that moment before he left, he gave me a wet, slobbery kiss.