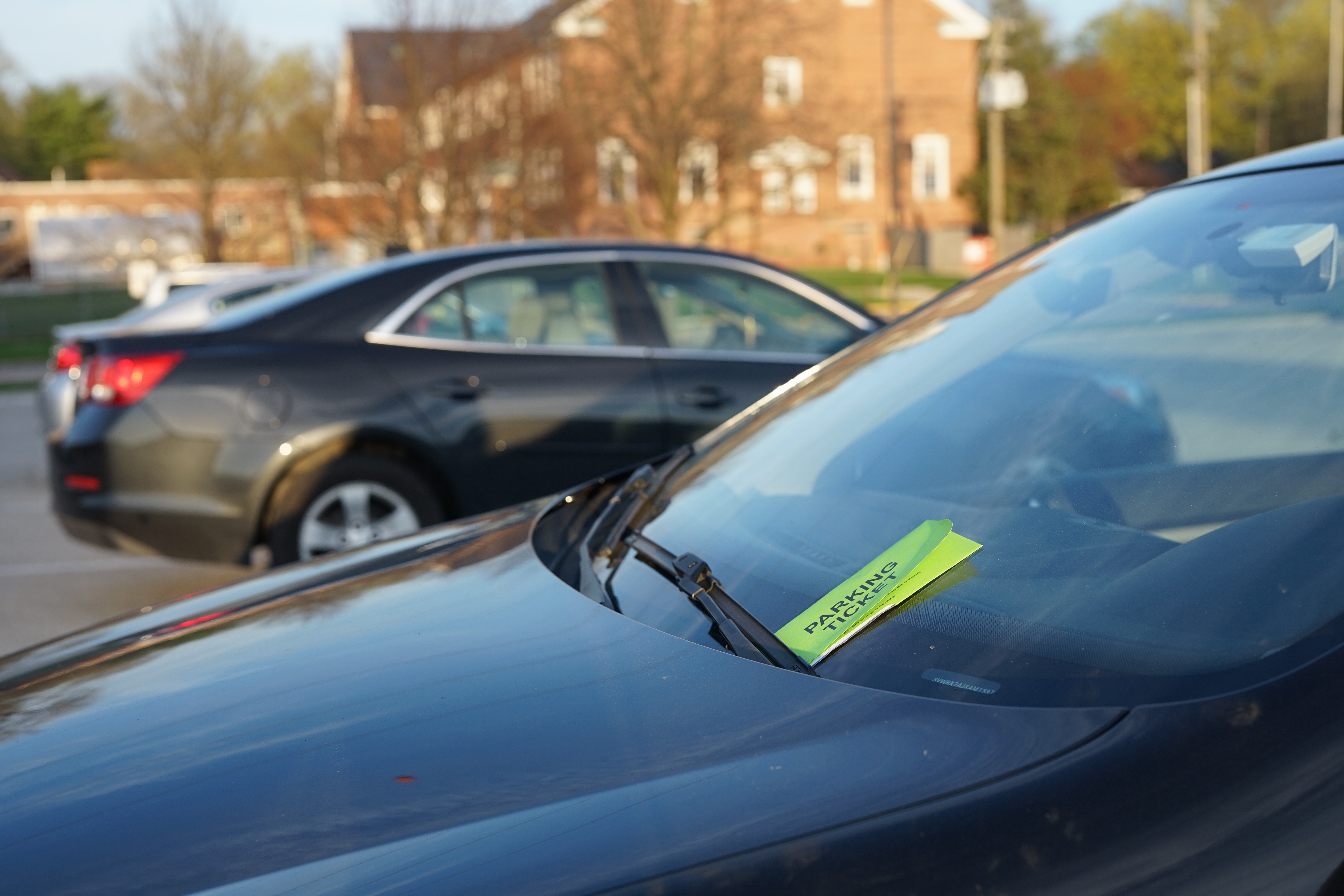 Jeremy Moore, associate director of parking and transportation, said Butler’s policy of towing vehicles has not changed in the past few years. Photo by Adam Cvik.

Molly Rumble, a junior dance pedagogy major, was surprised when she walked through the Hinkle parking lot and discovered the space where she had last parked her car was completely empty.

It was a few hours before a Butler basketball game, and Rumble had forgotten to move her car. It was only now, walking through the lot on her way back from class, that she realized her car was nowhere in sight.

Rumble knew that towed cars registered with parking services at Butler are taken to I-lot, so that was the first place she looked. She had just upgraded to an AV parking pass. Before that, she had a T permit that let her to park in the University Terrace lot until more AV passes were available.

“When I got towed, I felt like it was completely uncalled for,” Rumble said. “I was in the dark about the rules of Hinkle parking and when you had to move your car by. I never got an email [about parking restrictions] the night before or even the morning of. The day I got towed, there was no notification.”

When she submitted a complaint challenging her ticket and towing fee, Rumble was told she needed to be aware of game days and Hinkle parking restrictions even if she did not receive an email. Her request to get the ticket and the towing fine redacted was denied.

Schedules of games at Hinkle Fieldhouse are sent out by Parking Services before the start of football season, when the Big East Tournament basketball schedule is released and a reminder at the start of second semester. Attached to the message is a map of restricted areas. The message also reads daily reminders will not be sent out.

Jeremy Moore, associate director of parking and transportation, said Butler’s policy of towing vehicles has not changed in the past few years. Vehicles parked in the Hinkle lot before a basketball or football game will be subject to towing. Unregistered vehicles parking on campus may be towed as well.

Moore said there are usually two reasons vehicles are towed: people either park in places they are not supposed to, or they drive unregistered vehicles to campus. He said vehicles are frequently driven to campus without the proper permit.

Butler parking regulations require students or employees driving to campus to have a valid permit displayed on the back left corner of the windshield. It does not matter if students live off-campus and are driving to campus for only a few minutes, working out at the HRC or visiting a friend. Any car parked on Butler property for any reason is subject to ticketing and possibly towing if it does not follow the rules laid out in Butler parking regulations.

Over the course of the year, Rumble said she has gotten about five tickets, although two of the tickets were given to her for the same offence after she did not move her car.

“When I’m aware of the fact that I’m not parking in my assigned spot, I acknowledge that and I know that I’m in the wrong,” Rumble said. “I just feel like the measures they take are too extreme.”

Rumble is far from the only student to face towing trouble. Her boyfriend once parked an unregistered vehicle at Apartment Village late one night, and sometime around 3 a.m. his vehicle was ticketed and towed downtown. Getting a car back from an impound lot can cost upwards of $150.

Francis Mihm, a junior dance major, said he has had a car on campus the entire time he has been at Butler but has never had a parking permit because they are always sold out. He needs his car to work a second job off campus, and never had a problem with his car being unregistered until this year.

Mihm is part of a fraternity that has its own parking lot, but said he has gotten a lot of tickets from parking on or around campus. Around the beginning of April, Mihm parked in the Hinkle parking lot for about 30 minutes. By the time he came back to the parking lot, his car was gone.

Skipping ballet class, Mihm asked a friend to drive him downtown to the towing company. The cost to retrieve his small car from impound less than an hour after it was towed was $155. Now, he no longer drives his car to campus.

Larger cars can be more expensive, and the longer the car sits in impound, the larger the fee is to get it back.

“I couldn’t believe that Butler wasn’t a little more accommodating to their students [in regard to parking],” Mihm said, “Although I guess rules are rules, and they’re going to enforce them.”

Mihm said he understands the parking constraints on campus, but that does not make it any less frustrating for students. He thinks Butler should expand its parking options so any students who need to park at Butler can purchase a pass without being put on a waitlist.

“With Butler being the small school that it is, if you need groceries or anything off campus, you do kind of need a car,” Mihm said. “They need to come up with some kind of alternative, because expecting students to not being their cars to campus just isn’t realistic.”

Moore said unregistered cars are allowed a certain amount of citations before they are towed. John Conley, chief of public safety at the Butler University Police Department, determines how many citations unregistered cars can rack up each semester before being towed, but that number is not released to students.

Unregistered vehicle owners have the opportunity to waive their first parking ticket if they go to BUPD and register their vehicle. However, this becomes a problem when there are no permits left. Once an unregistered vehicle has accumulated enough tickets, parking services calls Last Chance Wreckers to tow the car. At that point, they can identify the vehicle’s owner and link the tickets to the owner’s student account.

“It’s kind of a no harm, no foul sort of thing for the first one, but citations after that don’t offer that possibility,” Moore said. “I want them to come in and get it taken care of when they are made aware they need a permit.”

Moore said about 15 students have been towed this year, including registered vehicles in Hinkle lots during restricted hours. He has linked about 30 unregistered vehicles to students, although not all of those cases resulted in towing. Officers try to determine who the car belongs to before calling the towing company.

One reason students might notice the amount cars being towed now more than ever is because of the number of students. Moore said that towing tends to happen near the end of the school year when students have had time to collect multiple tickets, and it has been more difficult this year than some previous years to purchase parking permits.

“Overall numbers of students are trending up,” Moore said. “It could be that more students have wanted to bring vehicles to school this year, but this year, we sold out of permits before the start of school for people who want to leave their cars here overnight.”

Moore said he recommends that students who want a car on campus but have no permit ask to be put on the waitlist. Students who feel it is absolutely necessary to have their cars on campus can talk to parking services to see if an exception can be made.