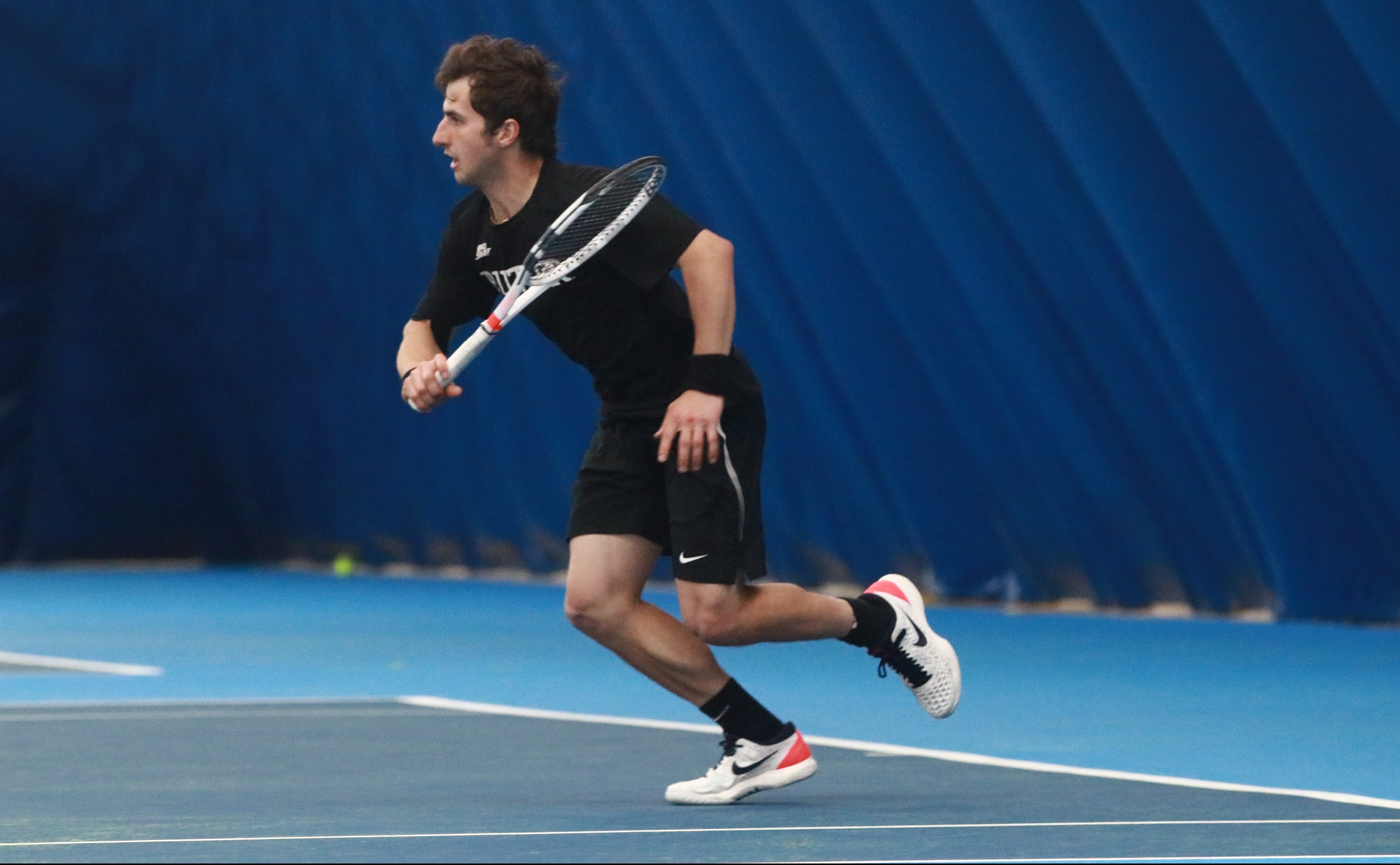 The Butler men’s and women’s tennis teams have played out the final stretch of the regular season and are preparing for postseason play in the Big East Tournament this upcoming weekend. The tournament begins April 18 and will run through April 21 in Cayce, South Carolina.

The men have been awarded a No. 2 seed in the tournament. The men finished the season with a 20-6 overall record, with four wins and one loss in conference play.

Freshman Ryan Roegner, who finished the regular season with a combined record of 33-21 in singles and doubles play, attributes the success to the six seniors and experience of the team.

“With their leadership and our whole team’s hard working ability, I think we’ve just been able to stay on track and make sure that we know the goals at the end of the season,” Roegner said.

The team’s seniors combined for a total set record of 155-95 this season.

They only lost back-to-back matches once in late January. Every other loss was answered with a series of wins, including a ten-match run that lasted from Feb. 9 until March 23.

The men will take on No. 7 seed Villanova in the quarterfinal on April 19 at 9 a.m. The Bulldogs played Villanova on March 29, and took down the Wildcats in a close 4-3 finish.

They hope to repeat the success they had in the 2017 tournament, when they won the Big East title and clinched the program’s first NCAA tournament bid since 2007.

The women have been given the No. 9 seed. The team have experienced some struggles this year, but still finished the regular season with an 11-13 record, their best finish since the 2010-11 season when they went 15-9. The Bulldogs had some difficulty in Big East play, finishing with a 1-6 record.

With a roster comprised of three freshmen, three sophomores, four juniors and one senior, the women have a tight knit group of talent at every level. Underclassmen such as Sara Linn (12-10) and Emily Neal (11-15) have done well to compliment more experienced players like Nina Bertino (19-10) and Caroline McAuley (12-7).

“I think a lot of the preparation comes in practices during the week,” McAuley said. “Pushing each other every day during drills, during point play. Holding each other accountable before the big matches to make sure we’re preparing the right way.”

With the recent departure of head coach Matt Moore on April 5, the newly appointed leader of the team will be Butler alum Rachel Sutton.

Just a year ago, she was in the position many of the women are today: prepping for the Big East Tournament. Now, instead of playing, she’ll be coaching them.

“I can kind of give real-world experience and how it feels to play in this tournament and not just say ‘Hey, this is what you do,’” Sutton said. “I’ve been there.”

The women will play a Big East Tournament rematch against No. 8 seeded Georgetown on April 18. Last season, the seeds were flipped, but the Bulldogs fell 4-0 in the first round.

Against Georgetown this year, the Bulldogs dropped a neutral site match 5-2 on Jan. 25. Should they win this week, they would take on top-seeded Xavier, who shut out Butler in the final match of the regular season.