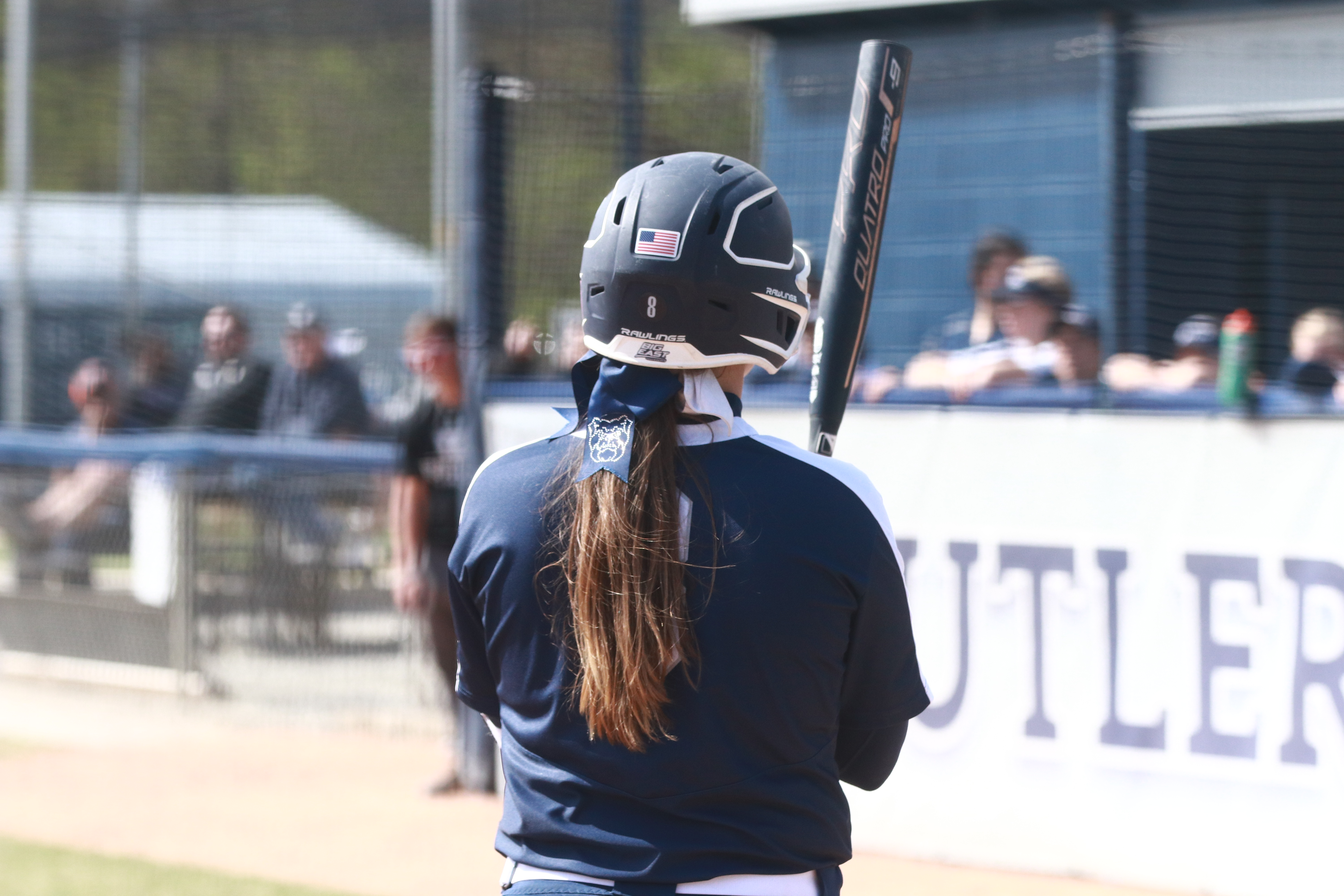 Kaitlin Doud steps up to the plate for Butler. Doud had one of the Bulldogs’ two hits in the game. Jimmy Lafakis/Collegian file photo.

The Butler softball team continued its recent offensive woes as they fell 3-0 to Eastern Illinois on April 17. In the loss, Butler was held to just two hits for the fifth time this season. They are 0-6 when held to two runs or less.

Dating back to the Bulldogs’ doubleheader with Georgetown, Butler has failed to get their batting average above .286. In their 2-1 win over Fort Wayne, the Bulldogs had an average of .200.

Butler hit just .087 in the loss to the Panthers.

Panthers starting pitcher McKenna Coffman pitched  strong innings for Eastern Illinois. She retired 18 of the 21 batters she faced and walked just one batter.

Ricketts and Cravens played about 25 minutes from Butler at Decatur Central High School. They won an IHSAA 4A state championship in 2018.

Facing Cravens, Ricketts led off the seventh for Butler and flew out on a ball at the warning track in left field.

Butler was already trailing 3-0 before Ricketts stepped to the plate in the seventh.

Despite striking out eight batters in four innings, Graves would take the loss after the shaky first inning. Graves struggled with command and saw her pitch count rise to 81 in the matchup.

Eastern Illinois would push across their final run in the third inning off an RBI single from Haley Mitchell.

Ricketts would take over in the fifth and hold the Panthers scoreless off a pair of hits.

Kaitlin Doud and Payton Longest were the lone Bulldogs with a hit in the loss. Lauren Fey was the only other player for Butler to get on base.

It was the seventh time this year the Bulldogs have been shutout, but the first since a 4-0 loss to Miami Ohio on March 20.

The Bulldogs have now lost three straight games and five of their last seven.

Butler travels to take on Creighton in a three game series April 19-20.