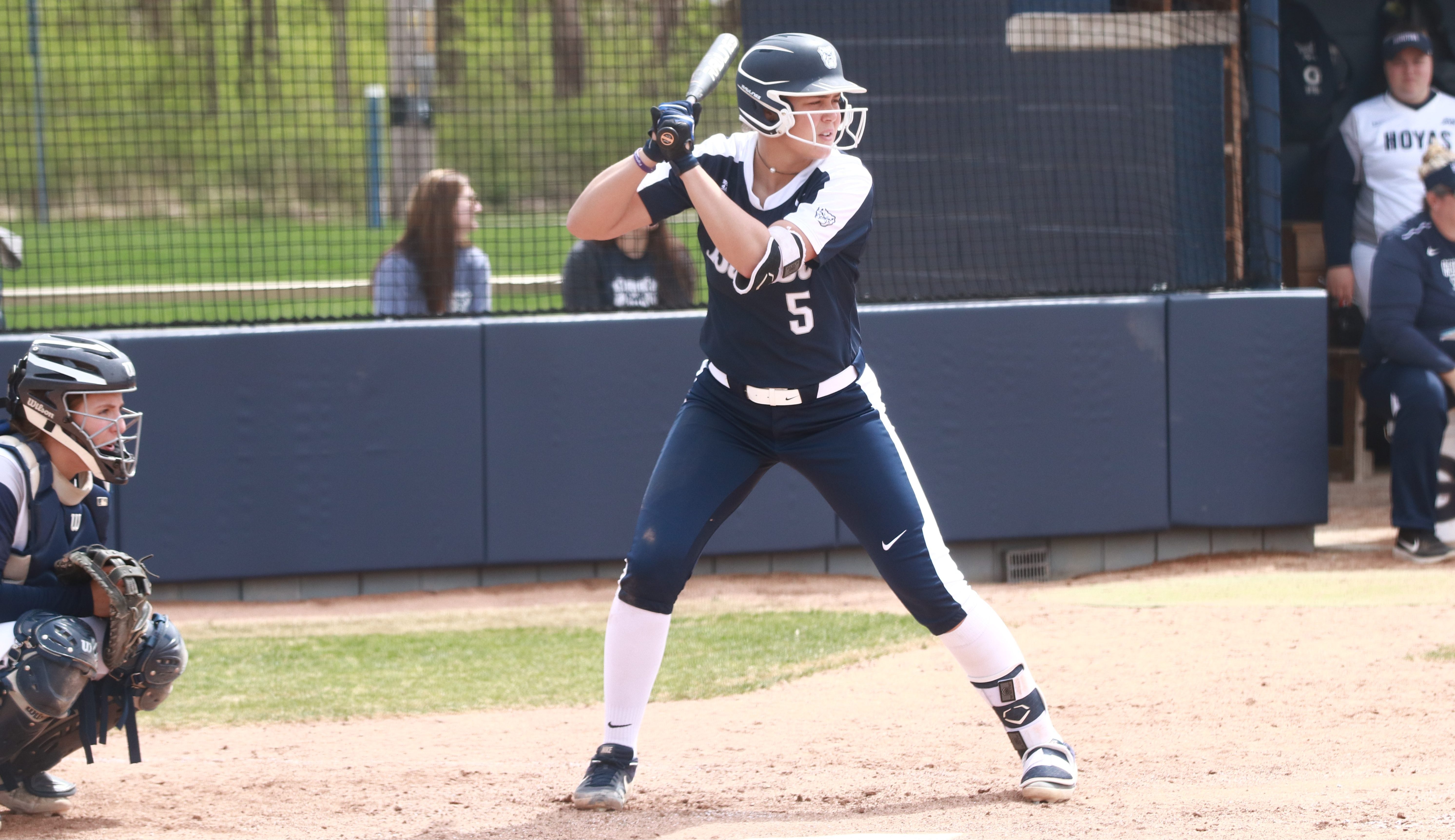 Karli Ricketts at the plate this season. Ricketts and the Butler softball team moved to 15-27 on the season with a 1-2 series loss at Creighton. Jimmy Lafakis/Collegian file photo.

The Butler softball team closed its three-game road series against Creighton with an 8-0 win over Creighton in five innings on April 20.

Sophomore ace Alyssa Graves was dominant in five innings for the Bulldogs. She threw a one-hitter and struck out seven batters. Graves retired 16 of 19 batters in her five innings.

Graves allowed a leadoff single into left field and walked a pair of batters for Creighton’s only baserunners of the day.

The Bulldogs scored their eight runs on seven hits, with one of them coming off a Christina Candotti first-inning three-run homer into left field. It was her fourth home run of the season.

The Bulldogs led 3-0 after just one inning.

Though it was a dominating win for the Bulldogs on Saturday, it was just their third Big East win of the year. They opened the weekend with back-to-back losses to the Blue Jays in the Friday doubleheader.

Graves was also impressive in game one of the series. She struck out 10 batters and allowed two earned runs off two hits, but the Bulldogs fell 3-0.

Kiele Miller held the Bulldogs to just three hits in the matchup, two of which came off the bat of Madi Christiansen. A single unearned run in the fourth and a pair of runs in the sixth was all the Blue Jays needed to win game one of the series.

Creighton would first grab a 2-0 lead off an RBI double from Jacyi Foster in the third inning. Butler responded as Sammy Andersen tied the game in the fourth inning with a double to left center. Creighton would grab a 3-2 lead off a throwing error in the home half.

Jenna Foreman doubled in the top of the seventh inning to score Payton Longest from second, but the Blue Jays would load the bases off Ricketts, Butler’s starting pitcher, and bring home the winning run.

Ricketts took the loss for Butler in a complete game performance. She allowed three earned runs off nine hits and struck out five batters.

The series loss puts the Bulldogs at last place in the Big East with a 3-8 record. Realistically, they would have to sweep their final two series against Providence and conference-leading St. John’s to even have a shot to make the Big East tournament.

They will first travel to Ball State for a midweek game on April 23.