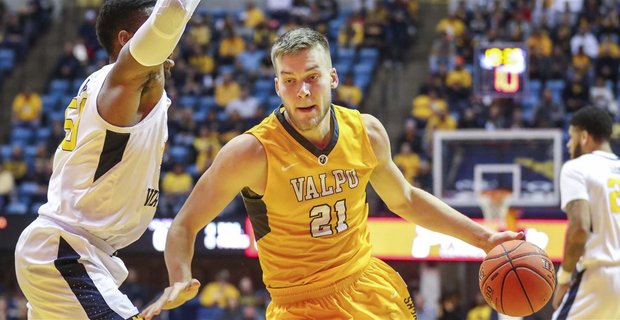 Smits in action for Valparaiso. Photo courtesy of USA Today.

Graduate transfer Derrik Smits told Jeff Goodman of Stadium on April 28 he will be joining the Butler men’s basketball team for his final season of eligibility.

Smits, who graduated from Valparaiso in December, made 25 starts and appeared in 32 games for the Crusaders last season. The 7-foot-1 center averaged 12.2 points and 5.7 rebounds while shooting 59 percent from the field in 2018-19.